Revenge of the Nerd

On Wednesday, it will not have escaped your attention, Dominic Cummings let rip to the joint science and technology and health select committee for a marathon seven hours. It's said that we discover untapped reserves of stamina in life or death situations: the same appears to be true when settling political scores.

The central thrust, that tens of thousands have died unnecessarily, due to incompetence, political expediency, the primacy of daily news management and a refusal to countenance tough measures until it was too late; this has already been well-covered by many different sources in the news media in the last year.

The interesting aspect was the colour (or gossip) brought to the story, not unlike a first-hand account of life on the set of a terribly scripted reality show that puts atrocious people in crisis situations. Where to begin? Perhaps at a crucial moment in February when government business was derailed, (according to Cummings) by Carrie Symonds' insistence that No.10 officially rebut negative media reports about the continence (or otherwise) of their dog, Dilyn.

Or how about Johnson, annoyed at being bullied into the first lockdown, claiming, ‘I should have been the Mayor from Jaws and kept the beaches open.’ The bizarre thing to note here is that the Mayor from Jaws is not Roy Scheider, who is a tough, serious cop, or Richard Dreyfuss, who is the fully vindicated data nerd (Cummings, in his own imaginings), but this guy, a blowhard with a silly jacket, who ignores the threat, mischaracterizes the warnings, sneers at the scientist and then drives off breezily, leaving death in his wake. This begs the question: has Johnson actually seen the film (and is proud of being reckless and ignorant), or has he not (and is simply daft and careless)? One for the to-be-pitied biographers and historians. 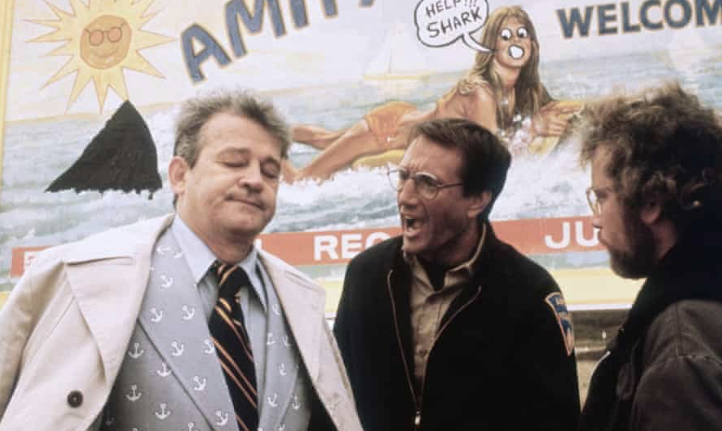 Cummings' performance was eye-catching. This was the new, improved, arse-covering, modest and self-effacing Machiavelli, not the one whose evil twin sneered at committee appearances, sought to overturn oversight, transparency and accountability, screamed 'We are going to purge you!' at democratically elected MPs and declared those opposed to him to be enemies of the people.

The piece of news which resonated most was the assertion that a party system that produces a choice between Johnson and Corbyn is "terribly wrong" and that, “if you took anybody at random from the top 1% of competent people in the country, and presented them with the situation, they would have behaved differently to how the prime minister behaved."

Interestingly, he only touched his erstwhile bête noire the EU once, in order to make the not entirely unfair (on this occasion) observation that their vaccine procurement was slowed up by bureaucracy.

He even took a moment to speculate the likely outcome of a hung parliament had produced a coalition government in early 2020? Could a Corbyn/Swinson brains trust have executed and implemented a better plan? Cummings suggested no, although it's impossible to say. Could they have conjured up a worse one? Possibly, yes.

Cummings claimed to have been sidelined after the 2019 election victory, as Johnson coveted more of the limelight. Much as Trump summarily fired anyone who stole a headline or threatened to impinge on his notoriety. Was this an attempt to cast himself as an anti-hero? Was this his third act reveal, where the villain is revealed to have a heart? An Incredible Hulk turned Dr David Banner, wandering into the lonely distance under his burden?

His testimony provoked more than a few logical/philosophical quandaries such as:

If the truth falls from Cummings' mouth in a forest of lies, can it be heard? And Shrodinger's Paradox: If Cummings is ensconced in a parliamentary select committee dishing dirt on Johnson, can he be simultaneously lying and telling the truth?

The testimony was a raft of contradictions. What he omitted may have been the most telling. One hoped-for an enterprising MP to ask a more penetrating question, like,

'At what point, My Cummings, did you conclude that the renowned liar, serial cheat, and public buffoon Boris Johnson was not fit for the role of UK Prime Minister?'

'You've managed to implicate most of the Government and Civil Service in fatal incompetence, with the notable exceptions of future PM front-runners Rishi Sunak and Michael Gove; why might that be?'

What is clear to all is that, during the crisis months of 2020-21, for all of Johnson's faux-Churchill posing, when push came to shove it was dealing with holidays, managing the news cycle and finding creative ways to pay for luxury furnishings that occupied the PM. When the electorate hired this particular guy as PM, there was a sense that, at the very least he'd be entertaining and cheerful, but, shockingly, the nation's favourite jester turned out not to be the man to oversee a historic public health crisis or to protect the nation against an existential threat to its well-being.

On the other side, Labour spent most of the crisis seemingly beholden to that most powerful and fearsome creature, the Northern Swing-Voter (gasp!), whose delicate temperament must not be roused by anything as outrageous as criticising the government during a crisis.

With regards to the testimony, you can be certain the Emperor has no clothes when the man informing you of this is the self-same celebrated and perfidious tailor that worked so hard to make invisible thread de rigeur in the towns and villages of the chimerical sunlit uplands in recent years.

Just for a moment, though, it became possible to forget that this was the man who edged the EU Referendum by opening a Pandora's Box of identity, class and status animosity, nativism, paranoia, the scapegoating of foreigners and the unleashing of forces that led to the death of Jo Cox. Just for a moment, mind. Then it all came back.

It remains to be seen whether any of this news will stick in the media or register with the electorate. But if the survivors and the families of the dead are to have any truthful information about how the UK handled the pandemic, this testimony, shabby as it was, might be the first step.