Renew attends the Grassroots for Europe assembly at Westminster Central Hall and watches the likes of Dominic Grieve and Will Hutton speak eloquently about the battles of the past and the fights to come.
Press officer James Dilley and Deputy Leader James Clarke begin a short-lived attempt to get 'campaign-fit' by attending boxing classes.
Then, on the 31st the Renew Comms Team head down to Parliament Square, the site of many remain victories to witness the leave celebrations and interview some of the people who had chosen to celebrate there. It was not a glorious night, and the interviews were not for broadcast.

In February Renew hosts the 'What Comes Next' Discussion and Drinks Event for campaign organisations including Compassion In Politics, Electoral Reform Society, Make Votes Matter, Open Britain, the European Movement, Sixteen Million Rising, Something New, United For Change, Volt UK, Unite To Remain, Jessica Simor QC and former Labour and Change UK MP Gavin Shuker. The lively debate includes discussions of political and electoral reform and ends with a commitment to continue meeting and seeking to collaborate in areas of mutual interest.

The next day, Renew are invited to speak and present at the Citizen Beta event for those involved in building 'Civic Tech' at the impressive London College for Political Technologists. This brilliant initiative brings the tech and political world together for refreshingly benevolent reasons and is a real breath of fresh air. We speak on our history, our people, about Digital Democracy and the open politics project. Some young technologists are persuaded to join us.

In March our London Mayoral Campaign with Kam Balayev gets underway in earnest. The strategy and platform are thrashed out and we begin the colossal task of collecting 330 nomination signatures, 10 from each of 33 London boroughs, and verifying them against the electoral rolls. Every borough provides their own roll in a completely different format, ranging from excel to encrypted, password-protected ciphers via homing pigeon to morse code to semaphore to treasure hunt. This is not a straightforward task. And then...

Lockdown hits and the election is postponed. Everything changes.

In April, we pivot effortfully to digital operations. Our eminent Chairman Richard endeavours to master Zoom, Google Meets, facebook live, and Skype, all in a few weeks and all with a rotary phone; it is spectacular to behold. We launch a series of live meet-ups, skills exchanges (a.k.a. online guitar lessons), outreach discussions and hang-outs.

The nation claps for the NHS and, for a moment or two, it feels like we are all in this together. 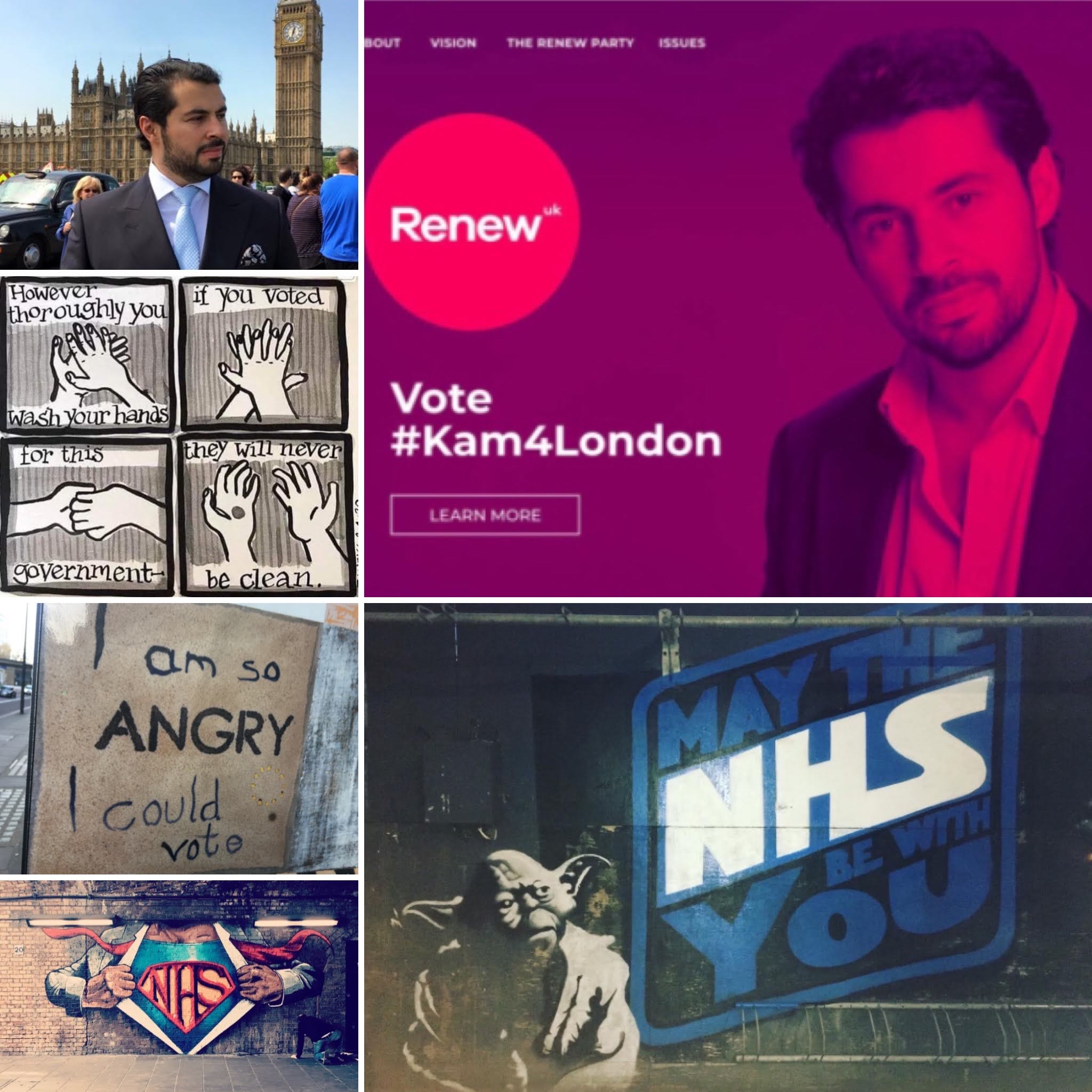 Renew conducts a long series of stakeholder consultations online to seek consensus on a new direction following Brexit and the 2019 election result. We settle on a return to the original idea that galvanised the formation of a new party; that of participation and reform, providing a platform for people from all walks of life to take part in the political sphere and bring their skills and experience to bear, with the goal of reforming the system with a genuine grassroots movement. We rebuild our team of spokespeople and regional coordinators, reinvigorate our comms and successfully recruit a number of new talents into the party.

Whilst all this is happening, Renew members confess developing some odd habits during lockdown.

"I haven't worn a bra in five weeks and I'm not sure I can ever go back."

"I watched the seven 'original' Police Academy movies. So bad they are good."

"I have two collared shirts sitting next to my work-station at home. I put them on before work meetings where I’m required to be on camera. I haven’t washed them in five weeks."

"I’ve made acetone.. completely homemade. And I made malt liquor using my saliva as a starter of fermentation and got drunk on it... really bad idea."

In June Renew focussed on outreach to disenchanted members of other parties, to the re-engagement of former Renew members, to building a new plan to approach donors and for the recruitment of a new intern. Membership begin to regrow and we find that people who had been aware of us for months and years were deciding to pull the trigger and get in touch. Our 2020 Strategy document is published on the website and it begins to feel like we are moving forward again after a difficult few months.

Meanwhile, Kam continues his campaign for London Mayor, after most of the other candidates have quit or taken the summer off. 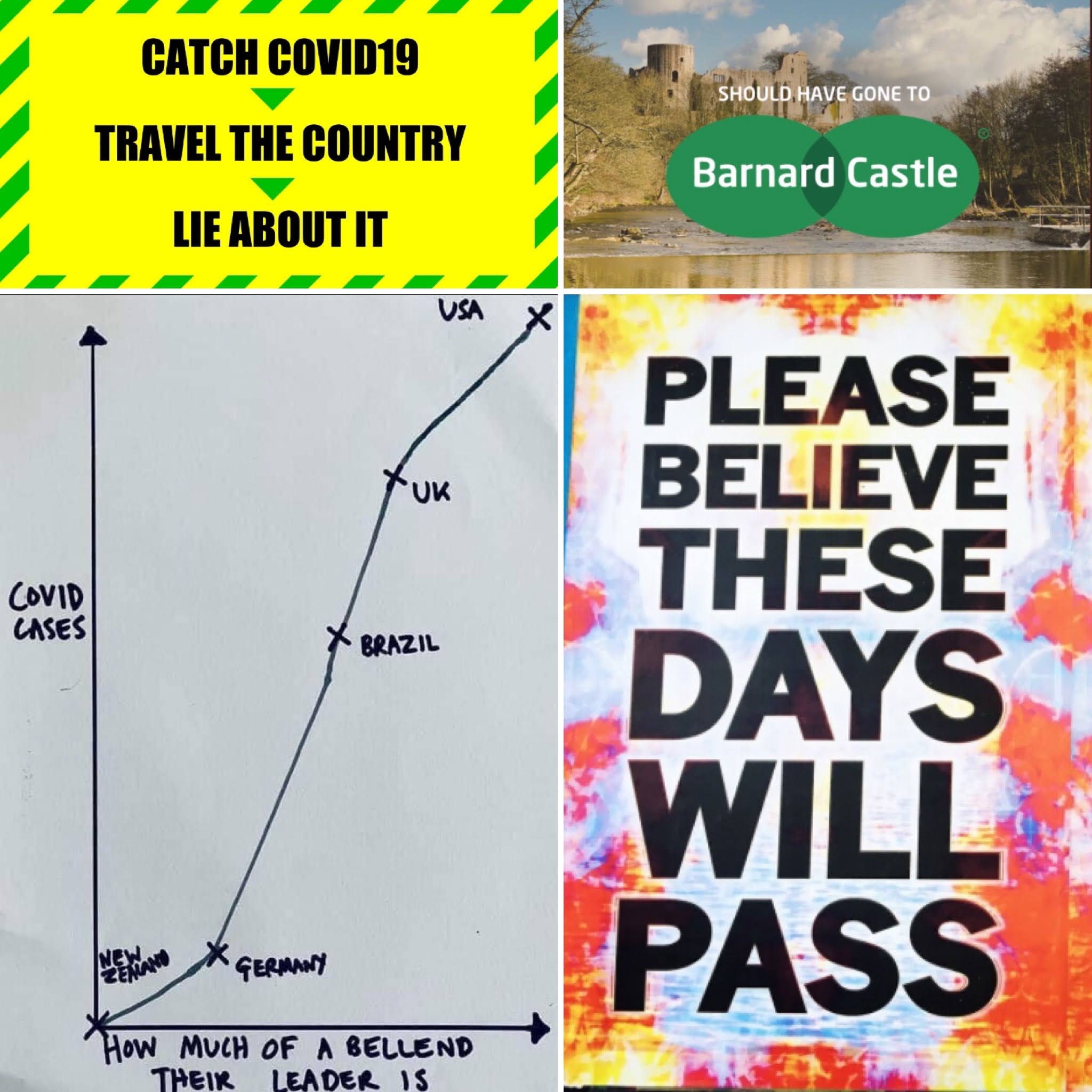 Thanks for reading. Next week, pt.II, covering July-December.

Have a great holiday,