Tales of the entirely expected.

This week we learned that preparations for no-deal Brexit now include turning the garden of England into a lorry park and requiring a special passport (or 'Kent Access Permit', AKA 'Kermit') for the privilege of joining a diesel-choked tail-back there.
In addition to the 50,000 customs agent jobs the Government must now create at the taxpayers' expense, we can now look forward to job ads for roving border guards at the newly formed Kent-Stasi. (Wanted: young, motivated self-starters with a love of uniforms and authority. Must love working with people and demanding to see their papers - English accent preferred but not essential.)

Attempting to shift responsibility from government to industry, Gove wrote to the Road Hauliers Association threatening tail-backs of 7000+ lorries, if they do not comply correctly.
Richard Burnett, of the Road Hauliers Association: “We’ve been consistently warning the government there will be delays at ports but they’re just not engaging with industry on coming up with solutions. Traders need 50,000 more customs intermediaries to handle the mountain of new paperwork after transition but government support to recruit and train those extra people is woefully inadequate."
So, not content with erecting borders in Ireland and/or the Irish Sea and the Channel, we can now expect one in England. It may be the first time a country has elected to erect trade barriers on itself, to inflict trade costs on itself and create reams of red tape, all for itself. Perhaps hauliers can now be added to the expanding list of elites and enemies of the people being teed-up for blame in the Brexit aftermath.

In other news, Priti wants us to snitch on our neighbours if they contravene any of the new, new regulations, whether you understand them or not. In case you are not up to date, here are the highlights of government messaging since February.
Wash your hands > Stay home if you like > Avoid the pub > Close the pub > Stay home > Stay alert > Wear masks if you like > Go to the pub > Eat out > Wear masks or else > Work wherever you're are asked > Go back to the office > Go back to the office or else > Inform on your neighbours > Don’t inform on your neighbours > Work from home > Pubs and restaurants close early. All clear?

To boost public health efforts, the long-lost NHS app is expected to arrive 5 months late and, reportedly, with a 1 in 3 chance of providing false positive alerts, due to Bluetooth issues. Will enough people download the app and follow its self-isolation instructions to make it worthwhile? Such is the level of mistrust in government that it cannot be taken for granted.

Somewhat belatedly, traditional Tories are beginning to rebel. In addition to unease about the curtailment of freedoms and the vast expansion in public spending, there is trouble regarding the Government’s brazen decision to break the law and dishonour the agreement with the EU by introducing the Internal Markets Bill.

All this adds up to a massive headache for the increasingly embattled PM, who is looking less and less like a man who looks forward to Mondays, to put it mildly.
PMQs has become extremely difficult to watch, with Johnson getting ritually hammered week after week by an opposition leader who, through some witchery, keeps managing to have a grasp on the facts. It’s like a particularly cruel reality show where a sullen and fidgety child is repeatedly interrogated by mercilessly fierce legal minds on the topic of why he hasn’t done his homework.

It was all supposed to be such fun, being PM; a non-stop carnival of swaggering, swashbuckling, hiring, firing, proroguing and the constant humiliation of the opposition. When Conan (the Barbarian) was asked, "What is best in life?", he famously replied, "To crush your enemies, to see them driven before you and to hear the lamentation of their women." This was how it was looking for Johnson on that cold morning last December. 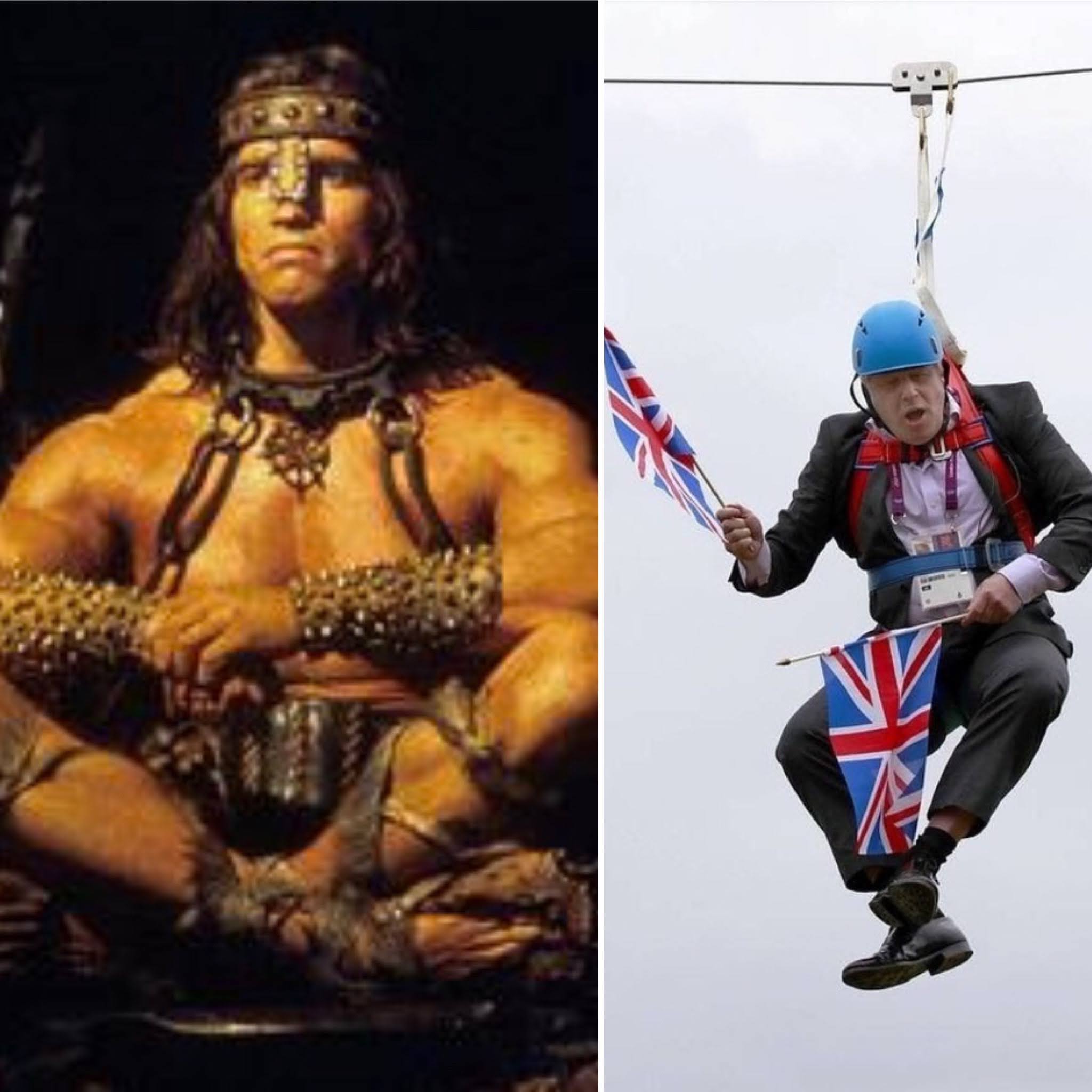 So where did it all go wrong?
Three things: firstly the departure of central casting's most haplessly feeble opponent and perfect comic foil, sap, soft-touch, easy-mark and lollipop for the ages, Jeremy Corbyn. Secondly, COVID. Thirdly and most importantly, Brexit and its inevitable coming home to roost. Promises made on the never-never are due for repayment, the loans have matured, the debts have grown and the men from the Iron Bank are at the door.
Just as Corbyn was a professional lifelong protestor, rather than a leader, Johnson is revealed as a jolly good campaigner, (given a good tailwind and a hopeless opponent), but emphatically not a boss.
It is reminiscent of W. W. Jacobs' famous short story, 'The Monkey’s Paw', where an irresponsible wish is granted, but always at a terrible cost. Young Alexander Johnson’s wish to be world king may have been granted in a terrible pact (perhaps with an enchanted foxhound paw, in his case), but the cost will be monstrous. The unhappy twist on this occasion is that 66 million people are now paying for his unearned ambition.