Robert Johnson, a middling blues guitarist and a lazy womaniser, but with an oversized ambition, went to the crossroads of route 49 and 61 to sign a deal with the devil. The devil (aka Papa Legba) gave him the ability to succeed in exchange for his soul. Johnson gained fame, but was tormented, and met his end just a few years later, as a result of revenge for his misdeeds.

Boris Johnson, a middling broadsheet hack and a lazy womaniser, but with an oversized ambition, went to the big red bus depot to sign a deal with the devil. The devil (aka Dave Lucifer) gave him the ability to succeed, in exchange for his soul (a rather modest transaction). Johnson gained fame, but was tormented, and met his end just a few years later, as a result of revenge for his misdeeds. 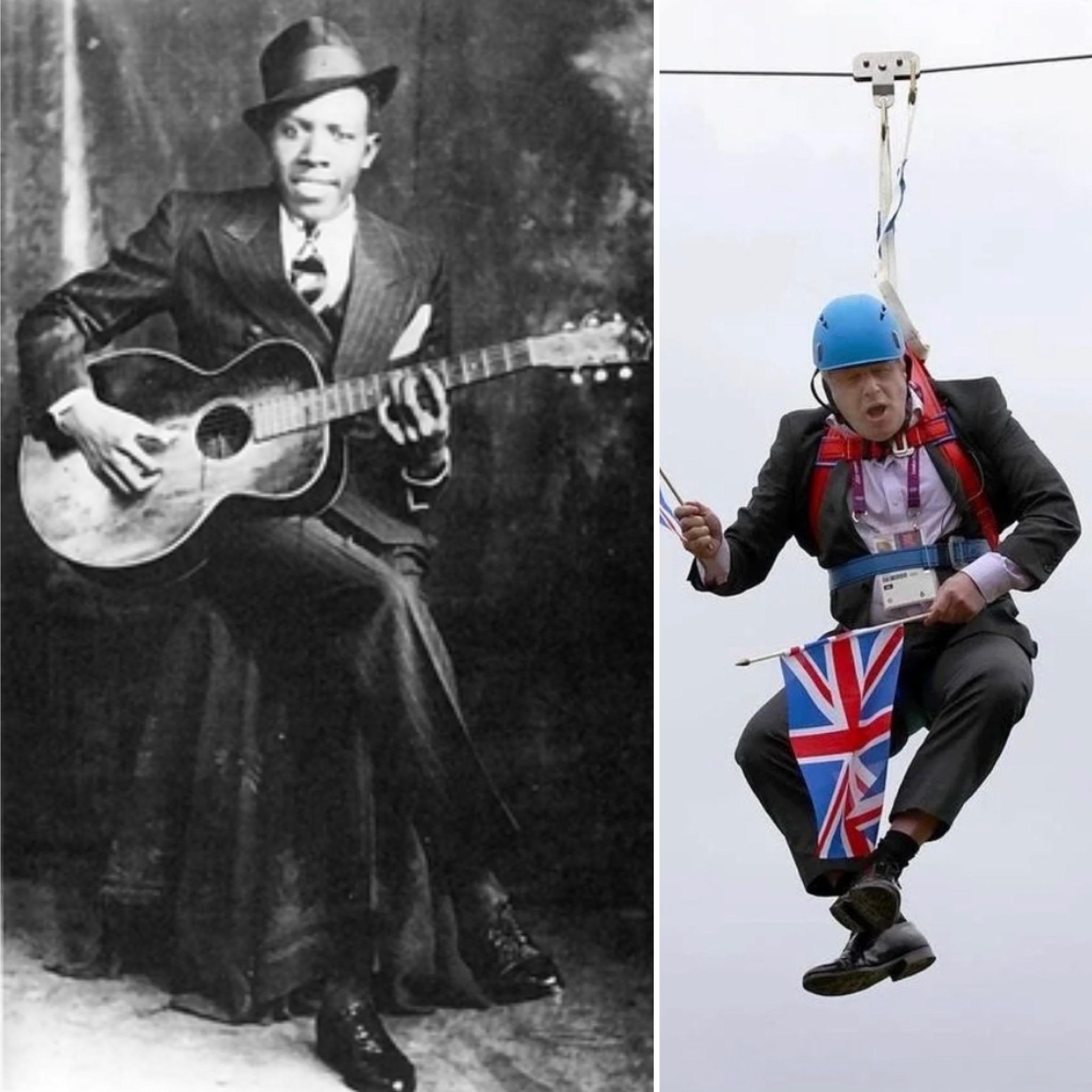 Whilst it is premature to be writing Boris Johnson’s Prime Ministerial memorial, it is nonetheless a very tempting exercise. But après le déluge de Johnson what fresh hell might we expect? In another era, a queue of high-calibre and credible pretenders would be forming to take his place and yet, in this somewhat shabby facsimile of the Conservative Party there are none. As Andrew Adonis noted recently, ‘Of the 24 members of David Cameron’s Tory cabinet 5 years ago, only 3 are still in office & only one (Liz Truss) has been in office continuously since May 2016. Frost is the 47th ministerial resignation related to Brexit. A revolution devouring its children.’ Indeed, the Brexit curse has done for 2 Prime Ministers (and counting), 2 Brexit Secretaries and 3 Chief Negotiators (and counting). Following Lord Frost’s resignation, the poisoned thermos has now been passed to leadership hopeful, and otherwise unremarkable individual Liz Truss, who, if successful, will be able to find new and interesting ways of failing.

Truss's chimerical US trade deal looks like a decent contender. Trade Secretary Penny Mordaunt recently made a speech in the US, entreating (pleading) the Americans to be more supportive of the long-mooted UK-US trade deal beloved of Brexiteers but scoffed at by both US political parties and the President, predominantly due to the destabilising effect Brexit is having on the island of Ireland. It is worth noting that, in the extremely polarised world of US politics, opposition to this is one of extremely few topics that both Republicans and Democrats can publicly agree on. The speech was reported to include the telling line, “Brexit is not a tragedy to be mourned by the international community, or an act of self harm or one that requires us to be punished.” What more ringing endorsement of the new Conservative project and philosophy could be uttered? Why was this gem of a motivational slogan not plastered on a bus, one wonders? How might it be distilled into a more reductive Cummingsian 3 word tagline? 'Self harm, no!', 'Don't bully us!', or perhaps 'Pain is Gain'?

And yet, in spite of all this, the UK is still capable of enormous and admirable achievements, at home and abroad. The ability of our scientists to develop a world-class viral vector vaccine in record time; the ability to vaccinate up to a million people per day, these are not examples of a failing state, these are examples of UK endeavours, industries and institutions that work. They are proof of the existence of a functional and successful UK. The issues we face can be traced in most cases to the top layer, the political layer.

Our doomed talks with the US are of no more surprise than our doomed talks with the EU or with anyone else. Brexit was no more than a poor idea, fuelled by a lack of ability or resolve to adequately dismiss it. The root cause of the problem was a system no longer robust enough to withstand poor ideas, and a system staffed by individuals inclined to cave into such ideas, rather than to resist and to lead, for what all knew was the common good. When a country’s ruling political classes cannot resist, withstand or repel ideas deleterious to the national interest they become mere puppets, rag-dolls and cyphers, blowing in the wind; they are no longer fit for purpose and the time has become ripe for something new.

For us in Renew, we will stick to our principles of supporting reform, fairness and participation, and we will stand up to be a part of what comes next.

If you want to be a part of this new chapter for Renew, look at our refreshed website to learn more and sign up to be a member!