Moscow Mules All Round

On Tuesday, the Report from the Parliamentary Intelligence and Security Committee (ISC) on the threat from Russia was finally published, nine months late and with no serious explanation offered for the delay, fuelling mistrust around what No.10 sought to hide from the public.

The main findings were:

It must be said, that, ordinarily, this type of interference might be considered normal, it was certainly the case during the Cold War and more recently that Western nations have sought to undermine Moscow and bolster independence and democratic movements amongst its neighbours. The pernicious difference here is the extent to which the UK establishment (for the last 10 years, the Conservative Party) has been so thoroughly penetrated by figures connected to a state that is implacably hostile to UK interests.

And it's no surprise that politicians can be bought and sold, of course, the shocker is just how cheaply. What a fabulous bargain-basement the UK has become, for a paltry few million here and there, visas are bought, UK passports secured, private UK education for the kids, countless billions of murky dollars rinsed and polished and for a bonus, state enemies can be poisoned with impunity in any of our pleasant cathedral cities, market towns and hamlets. We often talk about competence with regards to our modern crop of politicians; but really, these donations are pitiably small for a country with such great aspirations.

Interestingly, the Daily Mail has published the most comprehensive list of the proliferation of cosy links between Russia and the Conservatives. Major donors include people such as Alexander Temerko, who worked for the Kremlin’s defence ministry and has given the Tories more than £1.3 million, and Lubov Chernukhin, whose husband Vladimir is a former Russian minister, and who has given more than £1.7 million to Tory funds since 2012, including an auction bid of £45,000 to play tennis with Boris Johnson. 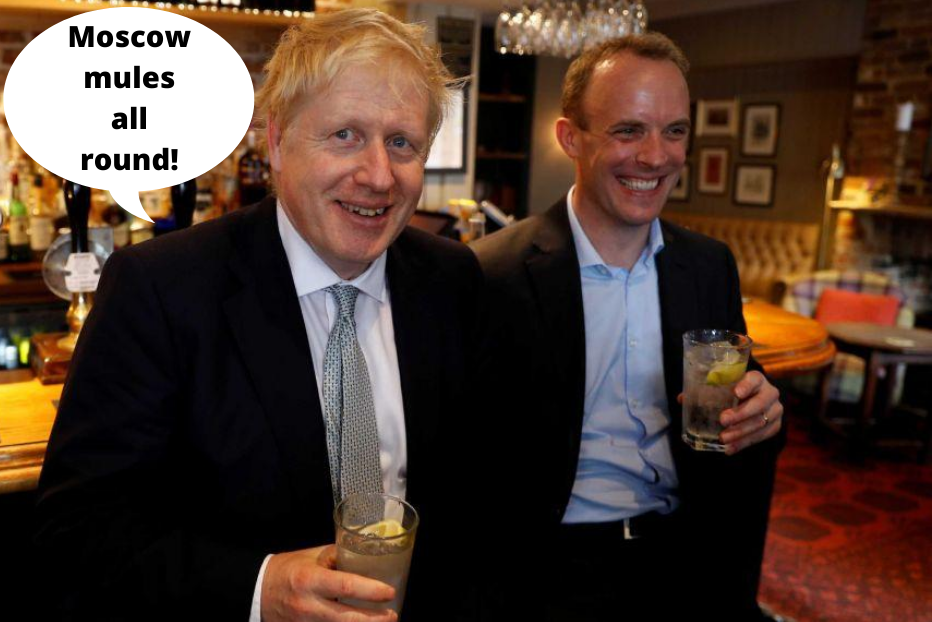 This could, in fact, become quite a money-spinner for the Conservative Party; what price for badminton with Michael Gove? Squash with Sunak? A blindfolded circuit at Brands Hatch with Dominic Cummings? A round of Snap or Uno with Dominic Raab? Badger Baiting with Jacob Rees-Mogg and Priti Patel? The possibilities are endlessly awful. Rumours are that an afternoon of Laser-Tag in Basildon with Mark Francois might be secured for free as long as you pay for the can of Fanta Fruit Twist and let him win.

With regards to broader issues of Russian interference, we must look at motive (undermining the west in general and EU specifically), means (vast reserves of illicit cash) and opportunity (a welcome environment for murky political donations), all of which criteria have been comfortably met in the recent years of drift, chaos, failure and incompetence amongst UK leadership.

Vladimir Putin was one of a tiny number of major world figures who publicly welcomed the EU referendum result: "I think it's comprehensible why this happened: first, no one wants to feed and subsidize poorer economies, to support other states, support entire nations. Apparently, the British people are not satisfied with the way problems are being solved in the security sphere; these problems have become more acute lately with the migration processes." (the others were Donald Trump, Rupert Murdoch, Marine Le Pen and Geert Wilders, who is a kind of freaky Dutch Farage).

Putin wastes no opportunity to suggest that Western governments are hypocritical and their commitments to democracy confected. The shame is that, in the case of the UK, those suggestions are starting to have a ring of truth about them. Since Putin is now, theoretically, safe in his position until 2036, one wonders how bold his pronouncements and actions undermining international relations might become. Like a late-period Scarface, he is adopting the swagger of a man whose nefarious successes continue to be rewarded: make way for the bad guy. 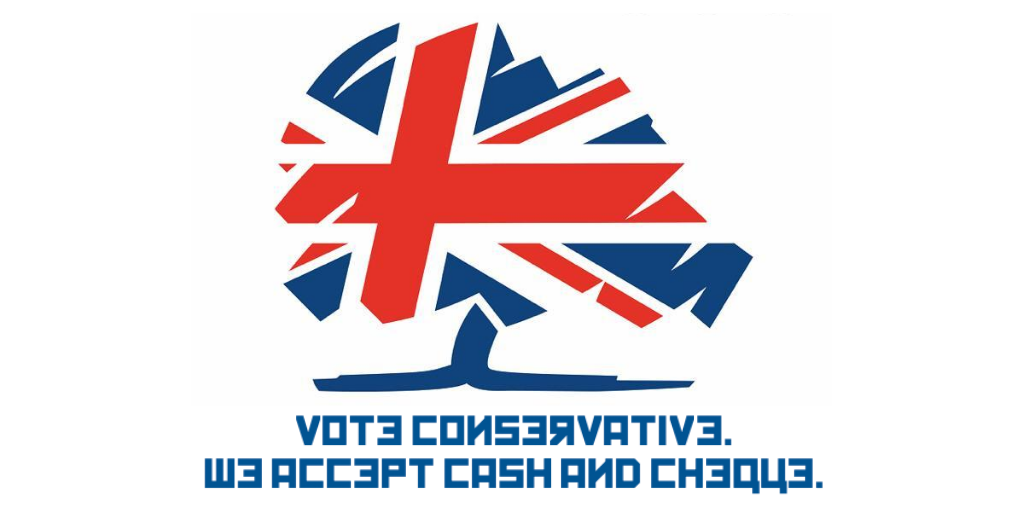 For those of you who may have missed last week's briefing, you can find it here. 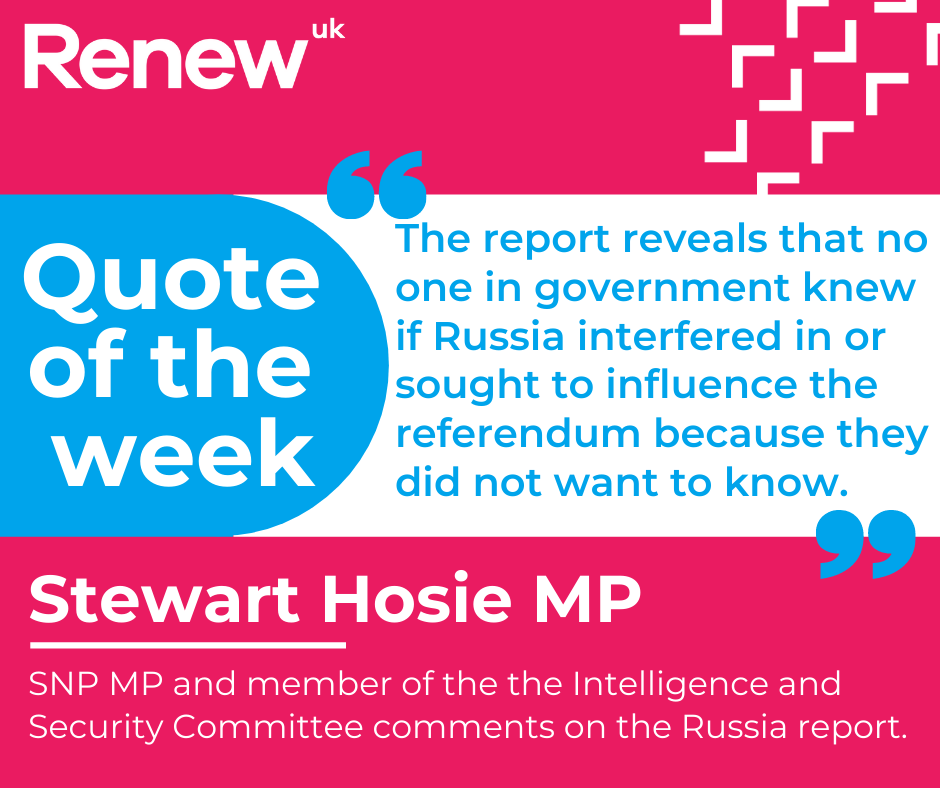