This week I learned more about the workings of the beautiful game than I care to know, if I am honest. But, it seems LOTS of people care very much. Very much indeed. And those people – that apparently VERY passionate multitude who follow the beautiful game – taught us all something very important. And, their lesson is all about the power of the people when they demand change when they come together to create a change for their communities. Those football supporters’ passion – on the streets, across all social media, splashed across all newspapers and overall airwaves – delivered almost overnight what was a just result.

So, please bear with me here while I draw the lines connecting football supporters’ undying love for the perfect “GOOOALL!” and the Renew Party and politics in general. And, you may be thinking right about now, “This sounds a bit tenuous....” But hear me out.

Return to the beginning of this week. Sunday afternoon, to be exact, when a bunch of very rich football club owners announced they were forming an elite Super League with several other continental counterparts whereby said already rich owners would make lots and lots more money and to hell with the other leagues, the fans, and their national teams. At this moment, Man United footballing legend turned much-loved football commentator Gary Neville leapt to his far-reaching media platform of Sky Sports News and delivered, live, on-air and alongside other footballing notables a lambasting of these club owners so heated in its fury it would have stripped the paint off each of their Bentleys. 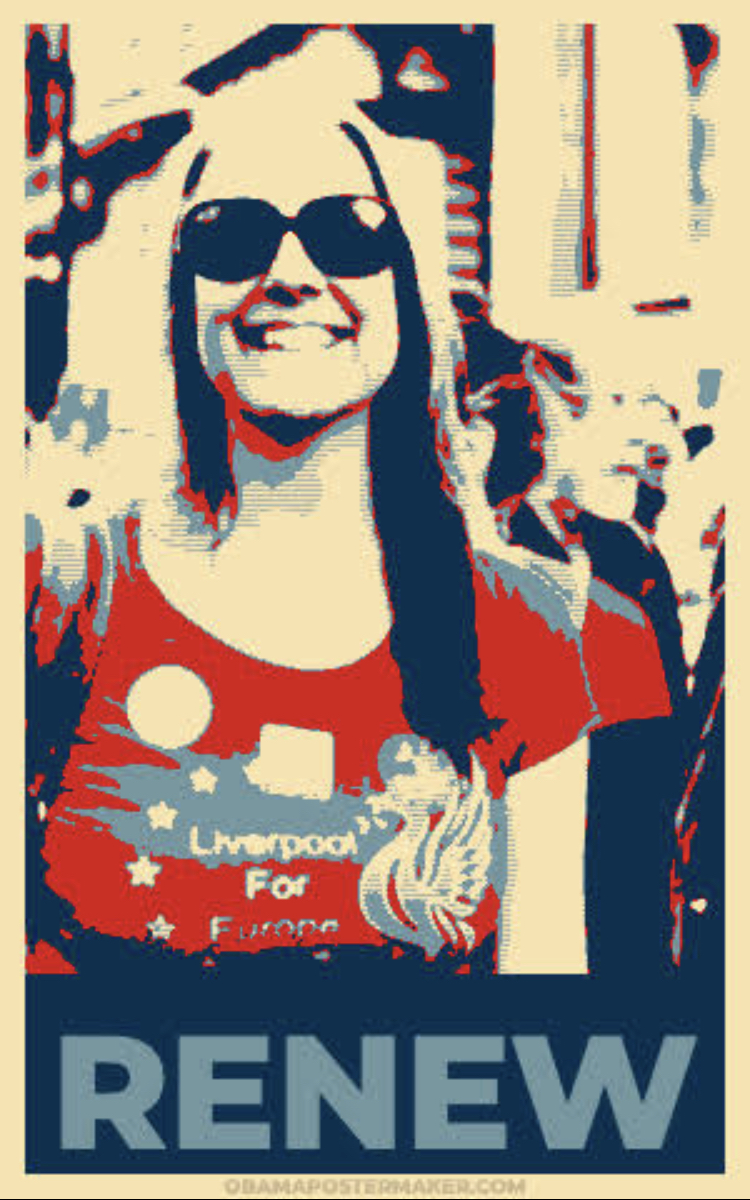 The commentators’ fury went just about instantly viral and this is the part where grassroots action for change came in. It seems the average football fan was more than a little upset at being treated as collateral in this high-stakes gamble. A gamble where the only winners would be already incredibly rich team owners. You see, at this stage six UK teams were committing themselves – and not one club owner had bothered to consult with the fans. Not one. One such team was my own local superclub, Liverpool FC, whose fans it now has to be said, have the fastest turnaround time for professional banner production of any organisation I've known, with the words “Shame on you RIP LFC” glaring from Anfield Stadium railings at lightning speed. One more than suspects – the respective teams’ communications depts. will have had an absolute ‘mare of a week, second only to that of Marks & Spencer (if you know Colin the Caterpillar, you know – but more about that later).

And, it was the ensuing fast and furious movement of fans across not just England’s footballing spaces but actually across all airwaves, media, and even streets, which led me, a relative football virgin, into the middle of some very interesting conversations about why fans were so outraged. I needed to know why they moved so fast, in passionate unity to ultimately, as it turns out, successfully take their beautiful game back. What could galvanise such immediately effective grassroots action that it toppled the nefarious will of several greedy billionaires in less than 48 hours? What kind of real people power had we seen this week?

And it took me a bit of time to get my head around it. If I am honest, football has seemed to me to have been drowning in money for a long time now. Gone are the days where the players’ wages were capped and funded solely by ticket sales – these days it is all about sponsorship and megabucks for players transferring from one city/country to another. But the fans are still at the heart of it. The players still play significant roles in society – with many of them coming from underprivileged backgrounds and ploughing money back into their local communities. Interestingly, the inspiring young player Marcus Rashford was quick to share his views, stating “football is nothing without fans”. And we all know he has certainly had his finger on the pulse of the UK for the last 18 months, holding the government to account far more than our media have. But it seems that the passion for the accessibility of the game, the level of interest people hold in it and the border-traversing nature of it have helped people discuss it quickly and easily. And the #SuperLeague would have ridden roughshod over all of that. Perhaps most tellingly, it seems that identifying corrupt elitism has come naturally to the average person on the street because they are not afraid to discuss the actual subject – football. People were happy to have and share their opinion confidently and freely – it seems that football truly is the people’s game. 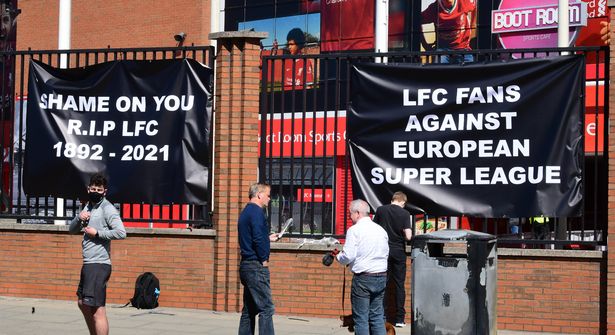 So, where is this football people power for the giant issues in politics – that entity which actually determines each person’s quality of daily life? That people power for politics diminishes because the political game is owned by an elite who do not listen to their grassroots supporters, to their citizens and to the people who, ultimately put them there. The parallels running from footballing grassroots to political life are drawn easily and they are stark. Parallels to Brexit, corruption and elitism, for example - a small number of very rich people set to earn a lot of money by manipulating circumstances to suit themselves? There’s something very familiar here. This week has included what previously would have been seen as scandals unfolding all over the government – Matt Hancock keeping it in the family with both he and his relatives holding shares in companies supplying the NHS and David Cameron apparently having the Chancellor of the Exchequer on speed dial lobbying for the company Greensill for access to information relating to emergency covid loans and NHS staff records. As an aside, those are my records actually – I am NHS staff. It is alleged that the former prime minister wanted a private company in which he had undisclosed interests to be able to access my confidential information for his own direct profit. For the love of God, I remember when a department store owner was alleged to have bribed some MPs to simply ask a couple of questions in parliament – which back in the day was a matter for immediate resignation. Apparently accessing NHS staff records and loan details via the Chancellor is no big deal. The Nolan Principles, which were drawn up to govern standards in public life following the cash for questions scandal appear to have been ripped up and gone the way of the Super League – down the swanny. It is all very, very unsavoury – the kind of politics we berate other countries for having whilst ignoring what is on our own Number 10 doorstep.

What has been more savoury this week, or rather what has been sweeter, has been the unfolding PR disaster for Marks & Spencer. If you haven’t been following the current spat between British supermarket elite M&S against plucky German upstart Aldi, you’re missing a trick on how to really capitalise on what could have been an absolute disaster. For those unfamiliar, Aldi have a huge range of products that are “inspired” quite heavily by a number of better-known brands’ existing products. In this instance the culprit is a cake shaped like a caterpillar which Marks & Spencer have been producing for decades – his name is Colin. Aldi’s version – Cuthbert, in case you were wondering - was discontinued just prior to M&S issuing court proceedings against Aldi for copyright infringement. Completely unperturbed by this, Aldi’s social media team went into overdrive with a series of Tweets which, in my opinion, made M&S look petty and ridiculous. So what can we learn from this in relation to the world of politics? I think it’s the way Aldi have done the following - embraced potential adversity, made their adversary’s tactics backfire against them, all of which they have done with a sense of mischief and humour. Just because an issue is serious doesn’t mean that it cannot be dealt with in a playful and engaging way. This approach to politics could also be exactly what we need to get people engaged and active in shaping their own futures. Aldi have done what football fans did this week – celebrated the underdog in the face of corporate giants. At Renew we are seeking to put some of that joy and hope back into the political arena – the idea that our overlords should be accountable, that the people have a right to know exactly what is going on and that change is absolutely possible. Demonstrating for change is a fundamental human right - how can we effect good change in the future if we cannot literally walk and speak as a people – in front of the halls of power and through our streets to voice our needs? 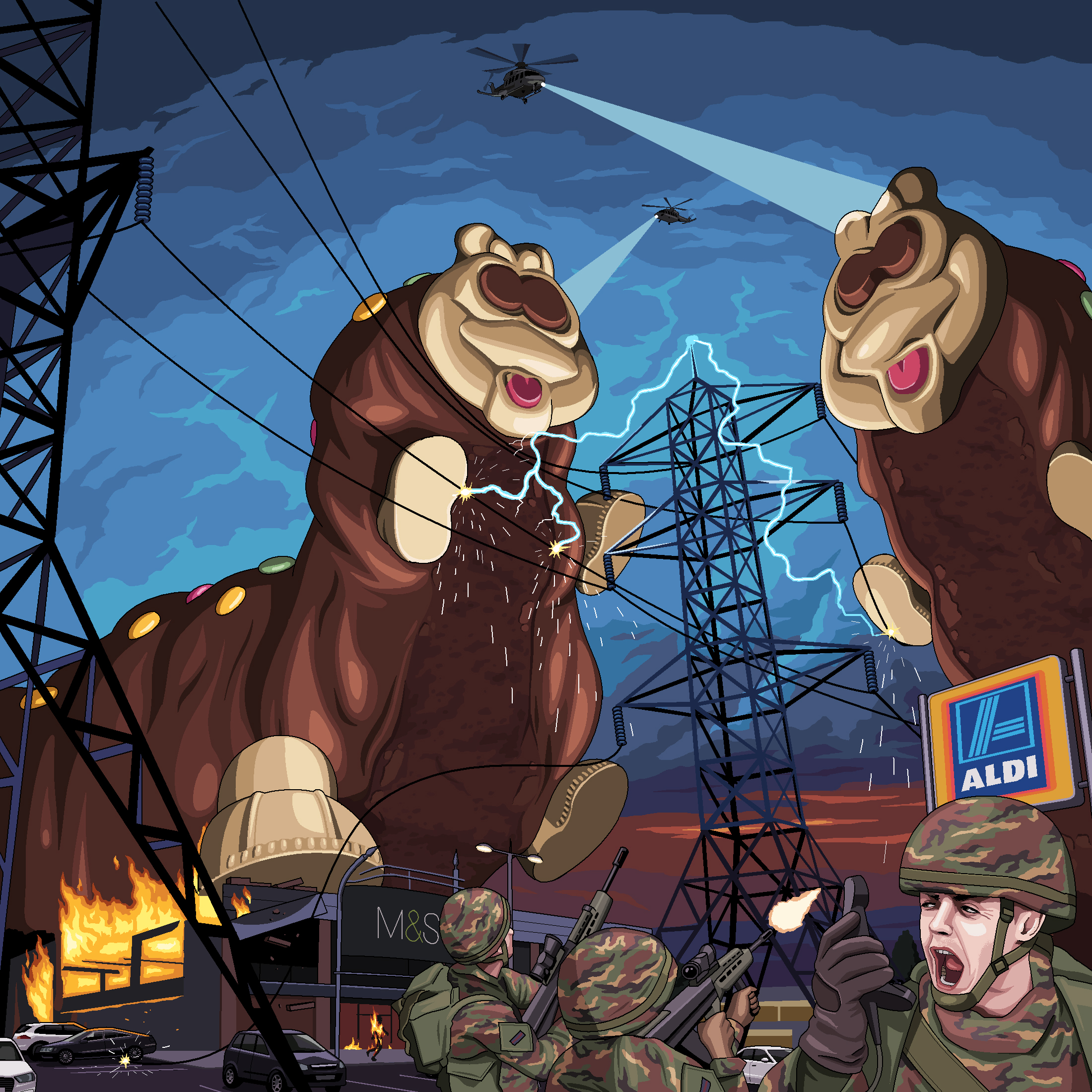 And our future is where we need to be directing our attention because the path we are following currently is looking pretty bleak – socially, politically, and environmentally. This week saw the four thousandth day of Conservative Party rule. We have some of the highest death rates in the world from Covid-19, political scandals barely registering on the public consciousness, our departure from one of the most successful trading blocs in the world, and our rights to protest against any of this being significantly eroded. It is said that it takes ten thousand hours of practice to become an expert in any field – well the Conservative party have had more than enough time and opportunity to become experts in governing a country and they have shown themselves to be woefully inadequate time and time again. It’s almost as if their interest wasn’t the wellbeing of the population and the effective governance of the country…

Which is why we need you to support us – here at Renew we pride ourselves on putting country before party, honesty, transparency, and integrity at the heart of what we do – you deserve this – we all do. If you would like to help us further, please Join Us, Volunteer or Donate.

Carla and the Renew Team