When the game's not worth the candle.

Much of the planet breathed a sigh of relief on Wednesday as President Biden was sworn in, in some style and without incident.

The levels of schadenfreude in the TV broadcasts of the inauguration were not always obvious, tempered as they were by the shadow of Trump and the fear that this current crisis might not be quite over yet, and yet they were there. Sky News in particular appeared to be having fun with the event, commenting at one point, "The outgoing President talked a lot about fake news, well here's some real news, bye-bye Trump!".

The musical performers were incredible; Lady Gaga, Jennifer Lopez and Garth Brooks at the ceremony and Bruce Springsteen, Foo Fighters, Demi Lovato, Justin Timberlake, Katy Perry and Jon Bon Jovi at the Tom Hanks hosted TV celebration after the event. It could not have been in starker contrast with Trump's equivalent 2017 shindig which failed to attract a single A-list performer, the low-point achieved when a Springsteen tribute act pulled out for fear of their professional reputation. It made JezFest look like Woodstock.
Trump's parting shot was that he and his family would "be back, in some form", perhaps in human form, perhaps in the form of a shrieking white-hot sphere of pure rage, who could tell? 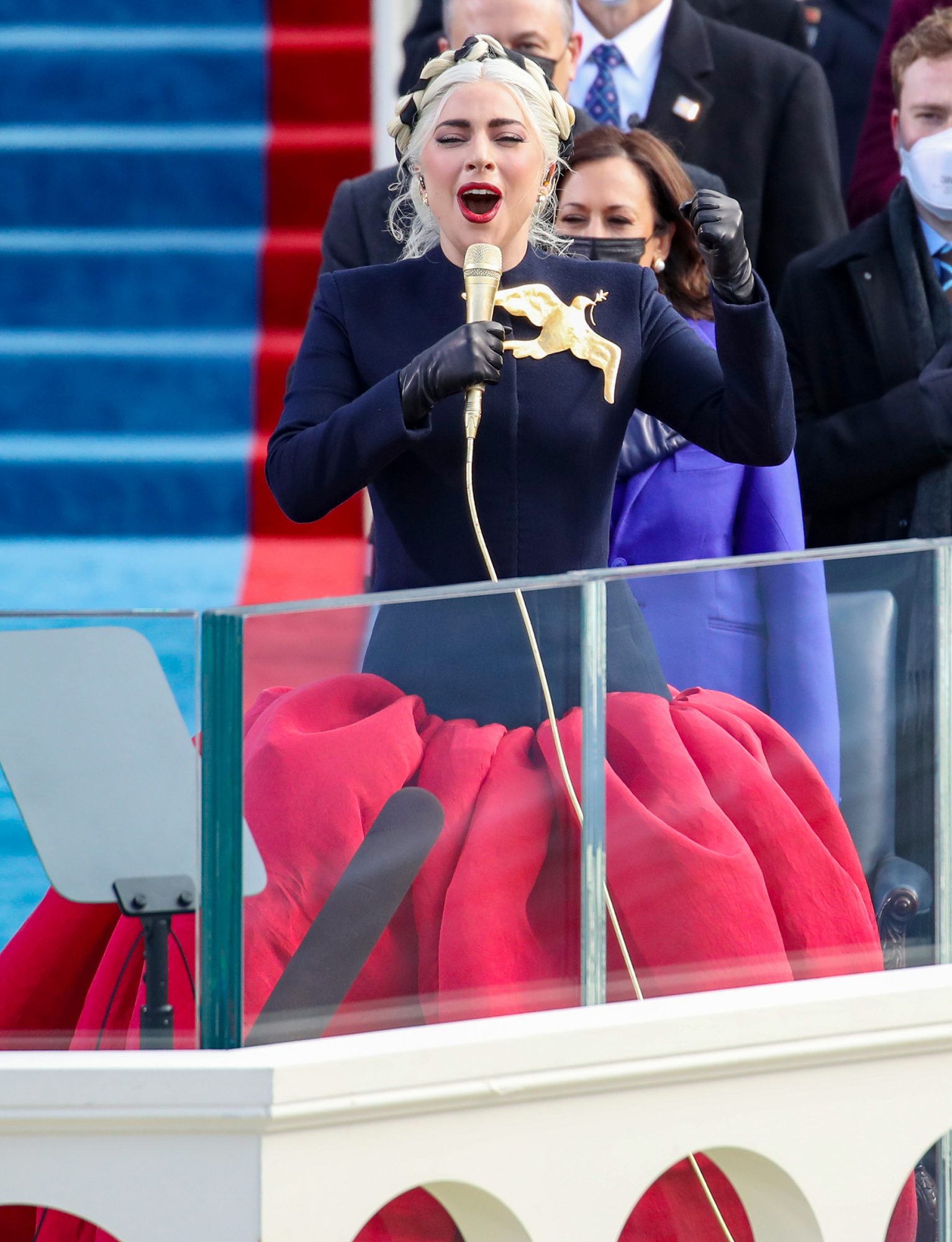 Trump had harnessed the politics of grievance with some skill, an appeal to the lowest and basest instincts of the electorate. He had been called a racist, a sexist, a white supremacist and a fascist, but in essence he was simply a narcissist, a sociopath and an aberration. Fascism is an ethos and an ideology based on specific ideas about human nature, race, religion and society. Trump had never, at any point, displayed any interest whatsoever in any coherent belief system or creed. He was simply chronically self-interested and without the capacity for empathy or remorse. By the account of his own niece, Mary Trump, a PhD clinical psychologist, Trump's parents were not fit to have children and that Trump's own character is entirely in keeping with that of his bizarre, cruel and dysfunctional upbringing. And so much for all that.

Similarly, the invasion of the Capitol has been mischaracterised, variously, as an 'insurrection', a 'coup' or a 'putsch'. It was none of those things; it was a mob. The news media covering the inauguration spoke of Trump's 'belief' that he won the election and the 'belief' of millions of Americans in the same nonsense. This is also not the case. If even a fraction of those millions who, responding to pollsters, truly believed that Joe Biden and the Democrats had organised an illegal overthrow of a legitimately elected President, then it would not have just been an unruly mob in Washington that day, it would have been a colossally violent and nationwide state of emergency. It was not. 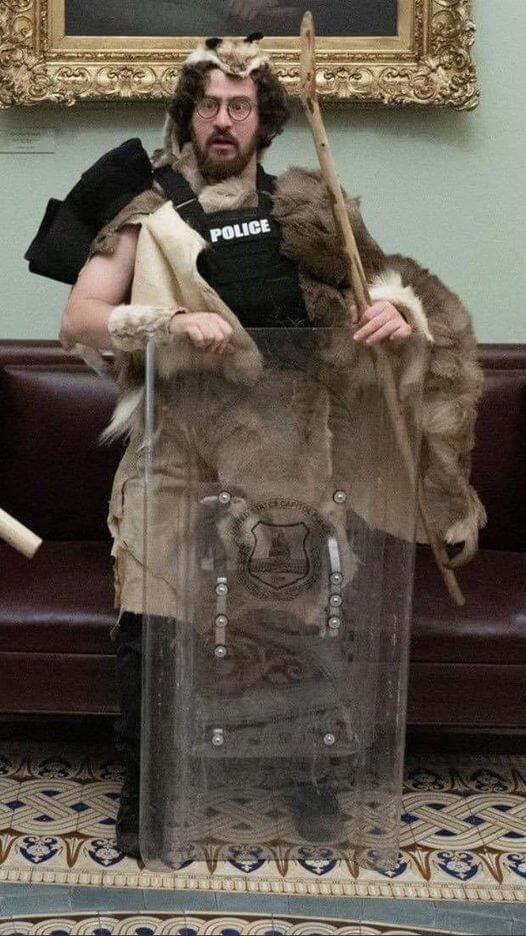 The mob, such as it was, was an embarrassment. Much like the tea-party movement that was its intellectual progenitor, the fuel of confected and undirected outrage burns too hot and fast to be a powerful political tool in the longer term. The tea-party movement climaxed with the comically, cosmically ill-judged selection of Sarah Palin as John McCain's running-mate in the 2008 electoral defeat.

The Trump movement died twice, first at the polls and then when its most fevered fans took selfies of themselves vandalising their own democracy in gleeful frenzy and in teenage role-play fancy dress. It also gives the lie to the idea that Trumpist outrage is a characteristic of the downtrodden working class of the rust belt. It was not. It belongs largely to the type of shrill, needy fantasist that has the spare time and energy to indulge themselves in hours of online conspiracies, the purchase of faux-military garb and superfluous, showy (but nonetheless deadly) weaponry.

The UK parallel was that the Leave vote was fueled by the left-behind. The numbers do not support that. The older non-urban Mail, Express and Telegraph readers who made up the mass of the Leave vote were neither poor, nor ignored, nor left-behind. But they were people with the spare time and energy to read vast amounts of misleading news about Europe, immigration, refugees, unemployment and the scapegoating of foreigners and overseas institutions for local and national ills and, crucially, to nurse grievances.

First of all, the Conservatives have hitched their wagon to the mythology of a very bad idea, they are committed to it and they will certainly be held accountable for their perfidy, their corruption and their incompetence in the history books, but also, crucially, at the next General Election.

Labour have made great gains, albeit from the lowest bar in living memory and against the most lengthily culpable party in government since the Suez Crisis. They have also abandoned their commitment to Freedom of Movement, the single most instrumental and tangible loss of political freedom that the people of the UK have experienced as a result of our departure from the European Union.

The Liberal Democrats have finally abandoned the noisy, but unreliable and feckless revoke/rejoin portion of the electorate they had gambled on, but who consistently refused to be corralled into an effective voting block and who failed the Lib Dems so brutally in the 2019 election.

For Renew, we must find a way of accepting the repercussions of this reality and find a way to fight for the UK by addressing the material and experienced needs of the UK, and this means talking frankly about the things that matter the most; Freedom of Movement and opportunity for 66m Brits and the need for frictionless trade in goods and services for UK businesses, large and small.

As we find a way to build back from years of division and acrimony, it is important to understand how we got here and not to cling to comforting (or self-flagellating) myths about how we arrived at this place. Now that Brexit is an historical fact, we have to face the future with open eyes and a vision of the future, not the past. We have to build a coalition of people united not by grievance, but by a desire to fix the issues that created our current and on-going crisis from all ends of the political spectrum and, as we have always said, from all walks of life. We need, as a political imperative, to see the reality of the last few years coolly and honestly and to work, open-mindedly to chart a path ahead.

Trump is gone, 'Britain Trump' Johnson will one day soon be gone and the damage done by Brexit will be fixed not by those that caused it, but by the next generation of politicians.

2021 is the year where we start to see the chaos of recent years with a new clarity. As with Trump, as with the Conservatives and as with Brexit, it becomes clear that the game was not worth the candle.

Join Us, Volunteer or Donate.