'It’s not FAIR' - a phrase many people in this country will associate with a lament from a whining child relating to the refusal to purchase an extortionately priced piece of plastic junk that you know will end up at the bottom of the toy pile or be rejected within a month, as what’s 'in' wanes faster than UK outdoor dining. Only this week it was a phrase I heard from a child in Palestine; a ten year old girl who was speaking to a journalist on camera whilst looking around at the utter devastation surrounding her – crushed buildings, flattened infrastructure and rubble everywhere. Her accent struck me – perfect English spoken with an international accent that young people develop from watching YouTube and TikTok whilst watching kids from all over the world presenting their daily lives of toys, fast food, hair and makeup (girls and boys these days). Her eyes filling with tears, she asked why she should have to face this as a child and her clear statement cut through the religious, political and historical chaos that has plagued this region for centuries - 'It’s not fair'. And she is absolutely right – it isn’t.

For too long the world has been run in a way that is fundamentally unfair, prioritising the experience of some at the expense of others and the ability now for these experiences to be documented and shared in real time with people reacting in real time via social media is bringing this unfairness to the fore. The voices and interests of children in situations of conflict need to be heard – the voices of women need to be heard too – because at the moment I only see and hear them via informal channels, not official ones in relation to this particular crisis and I don’t think that is fair. The time has come for the international community to demand an immediate end to violence against Palestine and its people – too many innocent human beings are being killed or having their lives limited or restricted for no good reason and it must stop now. One of the values that drives me is fairness and it is what drew me to Renew and it is what we consistently come back to over and over again – is the issue we are considering fair (globally, locally, politically, socially, financially and environmentally) and if not what are we doing about it? We must ensure that our politicians reflect our values and work to serve them, not simply appeal to populist fads for political expediency – and it is up to us to hold them to account – drop them a line, (for guidance how to do this, look here  - don’t forget to include your name and postcode). They need to hear your views – the political world is much smaller than you might think – activists are not as numerous as the noise they make might suggest so the more people take up the mantle, the greater the likelihood of positive change. For example, they may like to know what you feel about countries like ours selling arms to countries that use them to commit war crimes.

I contact my MP quite regularly (I know, can you imagine?!)  and have done since I became politically active back in 2016 – unsurprisingly, he and I don’t see things in quite the same way, which was brought home to me this week when he actually contacted me. He emailed me a Tweet that claimed that a coalition of Conservative, Green and Liberal Democrat members had been formed on the back of the London Assembly after the recent elections. He sent this after I had sent him an email some time ago asking when Labour would work with other parties to form a progressive alliance to hold the Conservative party to account and to ultimately see them out of power. So I looked into the allegations of the Tweet and found an explanation online which, to summarise, appears to be a spat between the parties over who gets to impose their preference – details here. Essentially Labour refusing to play unless they got to choose the rules, then accusing the Lib Dems and the Greens of 'getting into bed with the Tories'. And there you have it – all of our current political parties bickering like spoilt children and my MP using this as evidence that everyone is ganging up on Labour. It’s enough to make you think it might be time for something new?

Whilst I am on a roll about unfairness and it being time for a different approach, I want to touch on the situation that occurred in the Mediterranean this week where a Spanish police officer was photographed rescuing a newborn baby, preventing it from drowning in the sea as the infant made the journey from Morocco to Cueta  following escalating diplomatic tensions in Morocco over the treatment for Covid of a rebel faction leader in a Spanish hospital. The result of this has been an influx of people including a significant number of unaccompanied children and at least one tiny baby. It highlights once more the EU’s consistent failure to provide a sustainable, fair and humane response to refugees and migrants. Whilst Renew have always been strongly in favour of the EU as a vehicle for social, economic and financial opportunity and progress, we were not blind to its weaknesses and it is deeply unfortunate that we will be unable to influence any improvement in this regard. The desperate plight of people who risk absolutely everything is explained in the poem by Warsan Shire, which contains the lines 'you have to understand, that no one puts their children in a boat unless the water is safer than the land'. Desperate people will do desperate things. 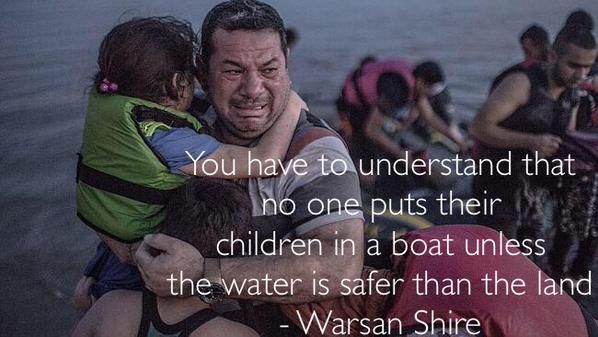 However, the chances of our country having any kind of positive influence on anything to do with immigrants through any official channels is looking pretty slim this week as reports of EU citizens being held in various detention centres by UK immigration officials. For the most part it appears that these travellers have fallen foul of Brexit, either not understanding what was required in terms of documentation or simply not being aware that Brexit has removed their right to enter this country freely. The reports suggest that treatment has been heavy-handed at best and at worst forms part of the government’s ongoing 'hostile environment' with not even officials in charge of complying with legislation being clear of the rules – what hope does the average person have of being able to conform? Let’s hope migrant workers are not put off, because we discovered last year that native Brits don’t have much tenacity when it comes to doing the jobs that they usually do.

If only the draconian measures this Government selectively takes towards immigrants could have been exercised when a new strain of Covid-19 was incoming from India. One might have thought that the risk presented by this would significantly outweigh the arrival of an au pair from France, but apparently not. To be fair to the Opposition, Keir Starmer asked the Prime Minister this week about his failure (once again) to close the borders and Boris Johnson claimed that we have the toughest immigration regime of any country in the world – if by tough you mean inconsistent, unhelpful and based on prejudice, not objective threat, then yes. The ever-delightful Priti Patel carried the baton for this approach yesterday, choosing to use a National Crime Agency raid into people-smuggling operations as a photo opportunity to 'oversee' the removal of people as part of its investigation. This links to her objectives to increase prison sentences for those people deemed to be involved in people-smuggling but also would deny asylum to anyone having travelled through a 'safe' country without claiming asylum there. Now I understand why people might agree with this, but this approach suggests that the only thing refugees are entitled to is safety from immediate danger – but might I suggest that they may be worthy of being treated as human beings with perhaps family connections in this country that would allow them the right to family life? We cannot pick and choose who we prevent from accessing human rights – because that would be unfair – and that is not what we are about. We need honest, transparent conversations about our approach to immigration, not the hostile environment being administered now because it is not doing anyone any favours at all.

Have a good weekend – and remember, it doesn’t take much to get involved – join us, share our stuff and get in touch with your MP – because it is time for something new.

Carla and the Renew Team