The Truth About Cake

“Our policy is having our cake and eating it."

"My policy on cake is pro having it and pro eating it."

- Quotes from the current Prime Minister of the United Kingdom

Recent good news about working vaccines, the defeat of Trump and the expulsion of Dominic Cummings has thrown light on the small matter of the UK's other pressing issues: the EU trade deal (or lack thereof), the economy (or lack thereof), an opposition in revolt (against itself) and the vacuum formerly known as government strategy.

Let's start softly with Labour. The 'will they, won't they?' bromance between Corbyn and Starmer just keeps on rolling with news that Corbyn is back in the party, but not as a Labour MP. His reinstatement, just three weeks after his suspension, suggests that pressure was exerted to fast-track his case.
Corbyn's queue-jump for those much-sought-after appointments with a party disciplinary hearing suggests that in the Labour Party it's still one rule for elite abusers and another for the rank-and-file.

Whilst accounts of the current, extended mess differ, somehow Starmer has managed to re-offend both Corbyn's (non) apologist outriders and the Jewish community, including Margaret Hodge MP, whilst also failing to mollify the right of his party, or the media, or putting the issue to bed decisively. 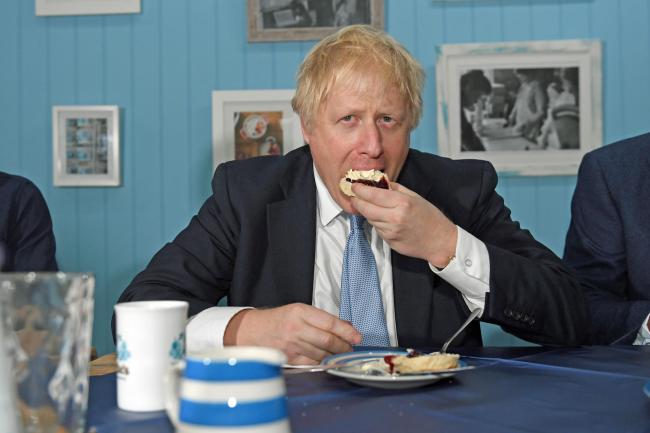 And then we have the elusive EU trade deal and the mirage of Johnson's famous cakes that retain a corporeal existence even after consumption.
In his analogy, 'Cake Eaten' represents frictionless trade, freedom of movement (for us, but not them), unfettered security, educational and research cooperation, investment, status, London as a global financial hub, free access to local service markets, the retention of both hard and soft power, continued peace on the Irish border and the integrity of the Union.
'Cake to Have', on the other hand, represents trade deals with the US, £350m a week to the NHS, lower immigration, and all the sunlit uplands you can eat.
For those who can still recall the pre-2016 era, all of this and more was promised to both leavers and remainers in 'The Referendum' (which, as the title of an existential horror film, is hard to beat).
As the umpteenth deadline for an EU trade deal comes and goes and we sit in limbo, perhaps a better analogy is that of
Schrödinger's Cake, where cake can be understood to exist simultaneously in states of 'oven-ready' and 'already eaten, sorry'.

If you feel that Johnson's Cakeism is a bit far-fetched, that Cummings' character stretches credulity and that Corbyn is a glaring anachronism in 2020, rest assured that we are all just extras in that most modern of reality tv shows, The Great British Fake Off.
And lastly, to lighten the mood, on Thursday the BBC, with an unerring and laser-focussed death-wish, went to the trouble of publicly announcing that the original version of the much-loved Christmas song, 'Fairytale of New York' will not be played on Radio 1 (although it will be on Radio 2 and 6 Music). In its wisdom, it announced this on that famously phlegmatic platform and haven of considered thought, Twitter.

As I write these words, #DefundTheBBC is trending, those who oppose the ban are being labelled as homophobes and both sides are demonstrating the true meaning of Christmas by hurling veritable blizzard of 'snowflake' accusations.
One could almost forget there's a pandemic on.