Last week we discussed the endless brinkmanship in the EU trade deal that left Johnson and his Government with a choice between a no-deal that trashes the economy and a thin deal that fails to satisfy the extreme eurosceptics in parliament.

Since then, it appears that progress has been made, with quiet rumours emerging that Johnson has agreed a compromise on the level playing field and that it may be matched by an EU compromise on fishing rights.

The markets appear to have responded to the news with confidence, with the Pound Sterling regaining value, albeit from a very low bar.
If this comes to pass, it will be a relief, but historians will look back on this as a period when the UK's national interest has been held hostage to the interests of a very small group of irreconcilable parliamentarians (plus the threat of a resurgent Farage).

And yet, polls are showing that only 15% of the electorate favour no-deal, a similar percentage to those who favour capital punishment, pre-decimal currency, anti-vax theories and the existence of UFOs. That the hardest possible Brexit short of no deal will be a relief to remainers is a sobering indicator of just how complete the leave victory has been in political terms, if not economic or social ones.

At PMQs, the Prime Minister was on the ropes again, being asked to defend Dominic Cummings' pay rise in the face of public sector pay freezes and the consistent failure of the UK's public health and economic policy in 2020. Luckily for the PM, he had the bizarre Michael 'Replicant' Fabricant, MP for Lichfield in this corner. Fabricant, who appears to present as a cosplay Johnson, faced the object of his mane-envy across zoom at PMQs, and with an obsequiousness that would have shamed Uriah Heap, referred to a certain 'smarmy lawyer', who might dare to criticise the PM 'who is neither smarmy, nor a lawyer' and his celebrated wisdom, on the topic of Xmas relaxations. The clip, which is best watched before dinner, speaks for itself. With cheerleaders like these, who needs enemies? 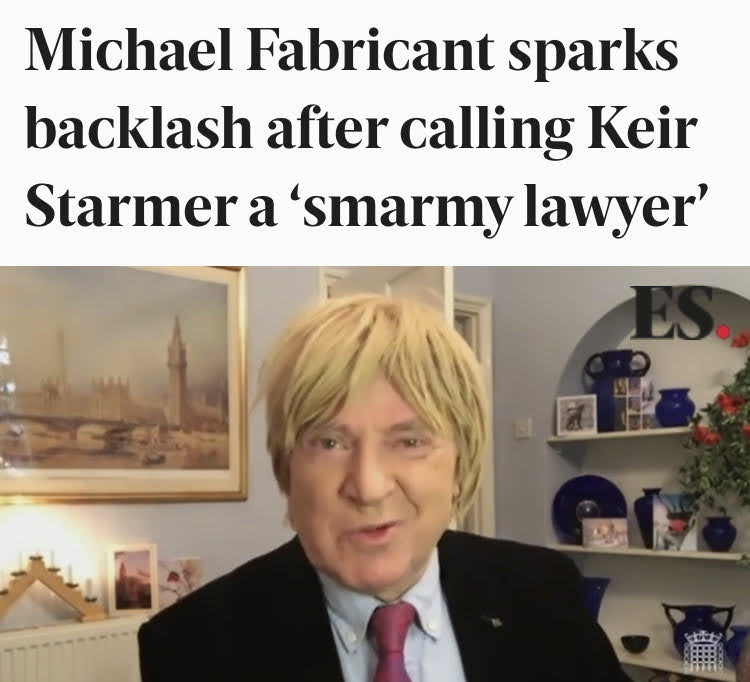 Courtesy of the Evening Standard. And the theatre of the absurd.

In other black comedy news, the UK PM has been going viral as the subject of a parody of the TV show 'The Crown' by German comedians. Typically, when the Germans feel confident aiming their humour at you, you might not be winning the argument. Indeed, and with the greatest respect to our allies on the continent, if it's even possible to be lampooned by German satirists, your credibility must be at a pretty low ebb. 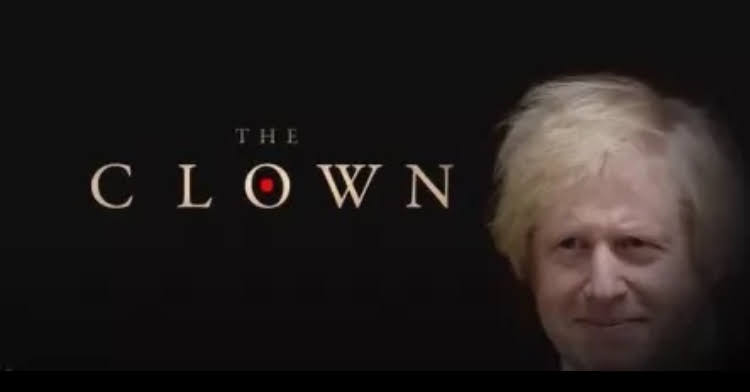 At this time of year, we often look back at highlights of the last twelve months, but since there are so few, I have instead been watching some Christmas films and reflecting on how they might be updated for 2020.

'It's a Wonderful Life' provides an excellent counter-counter factual opportunity for a remake. Whereas in the original, poor, loyal and modest George Bailey (James Stewart) is shown how sad the world might be if he'd never been born, in 'It's a Miserable Life' (2020), spoilt, amoral, braggart Nigel Farage is met by an angel who shows him how wonderful the UK might have been if he had lived a quiet, blameless life as a banker in Orpington, Kansas.

In 'The Muppet Christmas Carol' (2020), the Muppet Cabinet go carolling and are quickly shamed in the Daily Star for breaking lockdown rules.

In 'Home Alone' (2020), a spoilt child played by a CGI Donald Trump is forced to self isolate after his family abandon him following a sound rejection at the polls. All hell breaks loose.

In 'Lie Hard' (2020), dastardly German villain Hans Alexander De Pfeffel Gruber and his gormless henchmen occupy Nakatomi Plaza, Sunderland, holding the staff to ransom. After initial success, their plan is shown to be tragically flawed and by overplaying their hand they are ultimately defeated (whilst still managing to destroy half the factory). The hero of this version will be hard to cast, but I'm imagining an impressively muscular, steadfast and determined Angela Merkel as John McClane.

On reflection, perhaps it's best not to reimagine 2020 at all. With the news that 138,000 vaccinations have been carried out in the first week, let's put our faith in the hands of the NHS and in the hardworking, dedicated scientists who will lead us out of this crisis, and look to a 2021 characterised by hope, hard work, a determination to learn from our mistakes and a commitment to be generous to those who disagree with us.