Never doubt that a small group of thoughtful, committed, citizens can change the world

This month we have been blessed with the release of two books telling the inside stories of life in the inner circles of Jeremy Corbyn and David Cameron. And what fabulously shabby and embarrassing tales they tell in their extremely different ways.


'Left Out: The Inside Story of Labour Under Corbyn' by Gabriel Pogrund and Patrick Maguire details the giddily self-indulgent and toxic factionalism for which the Labour Party is rightly famed. The journalists manage to interview most of the key movers, shakers, leakers, betrayers, gossipers and plotters as well as those looking on in horror, swept up in the colossal tornado of folly. It's a can't-look-away multiple-vehicle motorway-pile-up of a read. As has been well-documented, the party was (and is) riven with bitter dispute; amongst leavers and remainers, pro and anti Corbyn, Blairites and Brownites, leaders office vs party HQ, MPs vs Momentum and so on and so on.
We learn how much of a close-run thing the Corbyn project really was; a shadow cabinet resignation plot that would almost certainly have doomed Corbyn early on was foiled at the eleventh hour by an ill-advised leak from its chief plotter. It is revealed that the breakaway Independent Group initially aimed at a far larger pool of disgruntled Labour MPs to break away, as many as 75, who, if they had held their nerve, would certainly have ended Corbyn's reign sooner than the electorate did. There are also telling details, such as Corbyn's impotent rage over a detail as petty as having to ride in a diesel-powered battle bus in GE2019, rather than the fancy electric one commandeered by Jo Swinson and her swaggering posse of Lib Dems, preparing for power (one can only imagine the result if anyone had the appetite to write an account of the Lib Dems' low-rent hubris writ small in the same period). 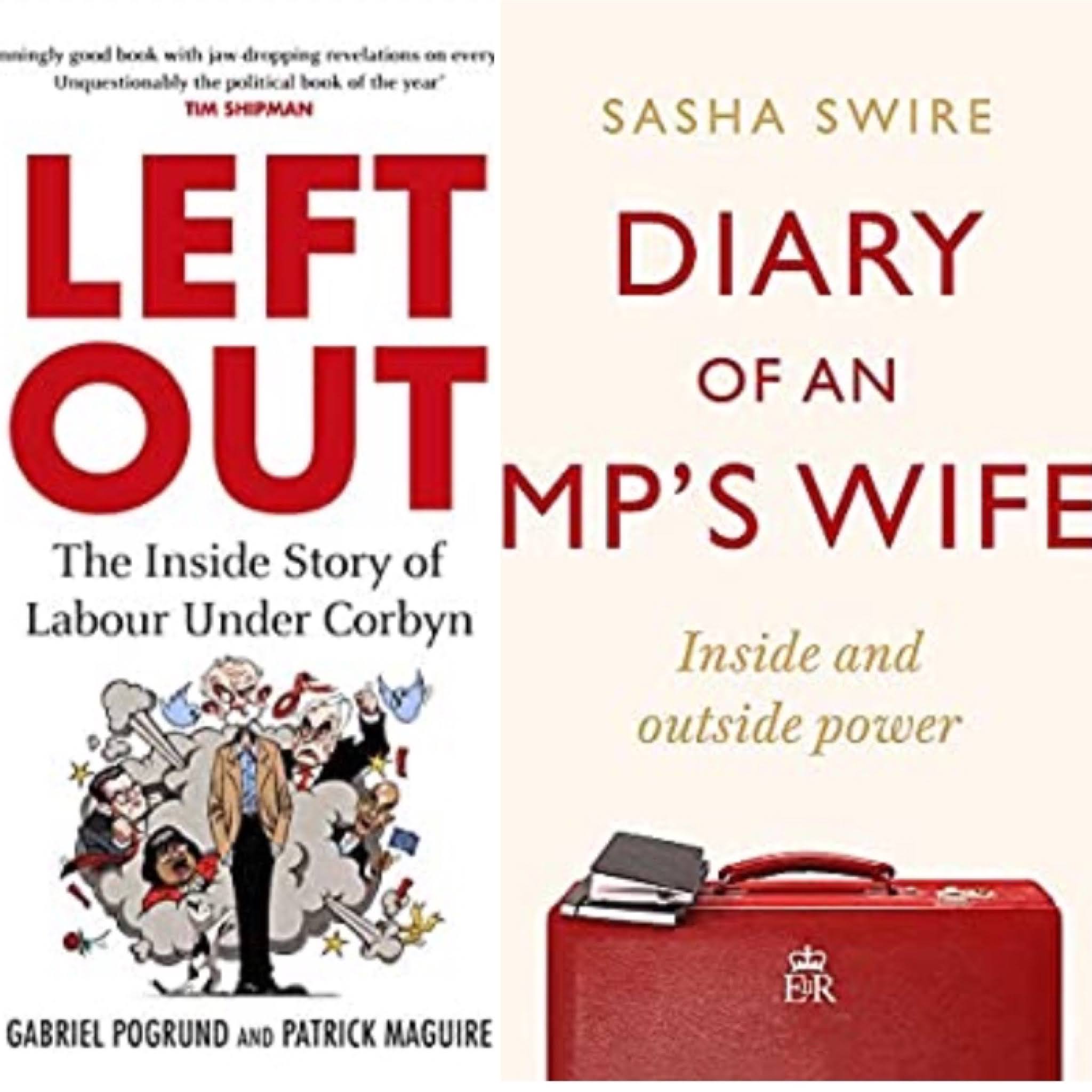 In the blue corner we have Sasha Swire's fabulously gossipy 'Diary of an MP's Wife : Inside and Outside Power', which is being serialised in The Times and is causing waves amongst the kind of people who care about that sort of thing. Swire and her husband, Tory MP Hugo were part of the Cameron clique. The book describes the lives of a group of people who are accustomed to getting whatever they want without really trying. They appear to have even shocked themselves with the ease of their rise to the very top. There is, for example, a kind of childish disbelief and excitement in the early days in being given the keys to Chequers, Dorneywood and other grace and favour properties.

Like all cliques, it has its hierarchies and it is no surprise to learn that the Goves were considered every bit as awful in their own social circle as they are to the rest of us. They exercise power on massive decisions with a breathtakingly blithe detachment. What comes through most strongly is how a group of preposterously privileged people, who feel they could turn their hand to anything, are able to take over the country, break it, and walk away without appearing to notice or care.

The recent history of the UK has been defined by these stories; the stories of weak people being supplanted by more determined and, for now, far worse people.
The Cameron clique were, in the end, replaced by the kind of chippy characters you find in UKIP and the ERG, people desperate to be accepted in glamorous circles but who didn't go to the right schools, people sneered at by traditional Tories and who are now revelling, with intolerable glee in their new roles.
In the same way, Blair's slick gang of well-dressed experts in spin and focus-groups were usurped by the obdurate, obstinate hard-left, the people who never really went away, people with the wrong shoes and a disconcerting whiff of resentment and sadness, people who revelled in their brief coup and who are now regrouping in dismal committees.

The tragedy of the story, I suppose, is that, counter to the fatalistic idea that all of this was somehow inevitable, in fact, none of it was. For those with a masochistic streak there are many counterfactual scenarios that can be entertained. For me, the chaos that we find ourselves in could have been prevented or at least hugely mitigated if any of the following events had fallen slightly differently:-

The election of Ed Milliband over David Milliband, the Lib Dems' decision to cave in to the Tories on university fees, the accidental addition of Jeremy Corbyn to the Labour leadership ballot, Cameron’s rash decision to offer a one-off referendum with no confirmatory vote or other safety mechanism, *takes breath*... Johnson’s 'second column', Gove’s betrayal and May’s election as leader, May’s ill-advised calling of the 2017 election, the election of Jo Swinson, Change UK’s disastrous launch and the Lib Dems' mini-resurgence. It goes on and on.

The hope that springs from all of this is that, in the current political climate, the ability to organise politically, to gather a small group of people determined to reform the system and to overturn the status quo, all of this is revealed as possible. For those of us at Renew, this is an optimistic lesson amongst all of the negativity and division we are now experiencing. In the inspiring words of Margaret Mead - “Never doubt that a small group of thoughtful, committed, citizens can change the world. Indeed, it is the only thing that ever has.” 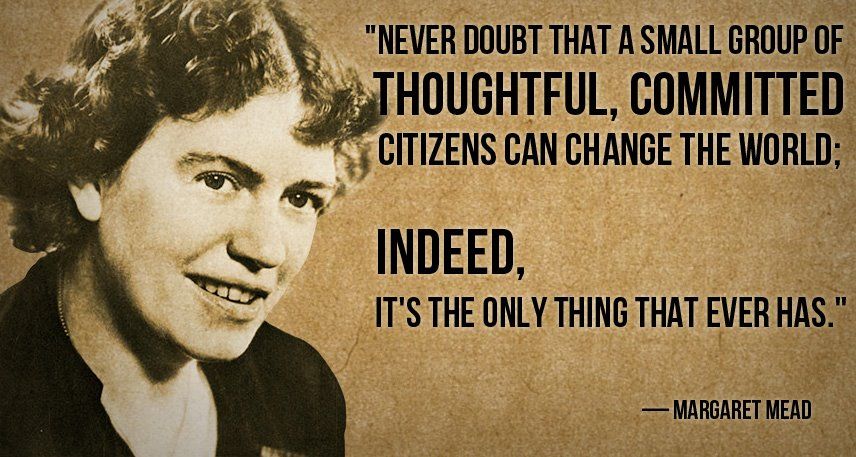