By the time you read this, the North Shropshire by-election results will be in.  At the time of writing the odds of a spectacular upset by the Lib Dems have lengthened to 13/10, having been as short as 1/2-on earlier in the week.  Regardless of the final result, it is a shocking reflection on the current unpopularity of the Government and of the PM in particular by Conservative voters that the possibility of a 20% swing overturning a weighty 22,949 majority is even being entertained.  Johnson's own seat in Uxbridge and South Ruislip (maj. 7,210) will look extremely vulnerable unless he can engineer a complete turnaround in terms of both performance and reputation by the time of the next General Election.  Such swings have been known, with the recent Chesham and Amersham election producing a 25.2% swing earlier this year, and another ten by-elections since 1991have produced swings of over 20%.

Conservative strategists and spin doctors will be frantically analysing the way that traditional Tory voters are feeling and the reasons why so many of them appear to be switching alliances or simply not showing up to vote.  Clearly there is a sense of unseemliness in the flavour, taste and smell of the current leadership, with recent scandals adding to an impressive pile of old ones and an idea that we have become an us and themsociety setting in.  Interestingly, the reasons for voter dissatisfaction appear to be quite different to those facing the embattled PM from his own MPs, who are increasingly motivated to rebellion more by libertarian ideologies than by indignation at corruption or hypocrisy.

99 Conservative MPs (dubbed '99 rebel loons') failed to vote with the Government over Covid passports and mask mandates, dwarfing previous rebellions and bringing the future of Johnson's leadership into sharp focus.  The PM is now effectively in the position of having to face-off against his own party, with the dilemma of protecting national interest vs the vested interest of holding the Tory party together by pandering to the extremes.  Does this sound familiar to anyone?

It is fascinating to note that these troublesome MPs were not so motivated to vote against the abominable 'Police, Crime, Sentencing and Courts Bill', a bill so distinctively un-British and corrosive to any sense of fair play that one might have expected more push-back.  MPs claiming that undermining public health measures is a brave stance in defending freedom appear to have no qualms about restricting freedom of speech, freedom of assembly, freedom to protest, or the freedoms borne of transparency, democracy, accountability, the sovereignty of parliament and due process.  The idea that freedom to protest might be curtailed or criminalised based on the speculation of ‘unease’ it might cause any anonymous bystander is frankly bizarre, if not outright authoritarian. 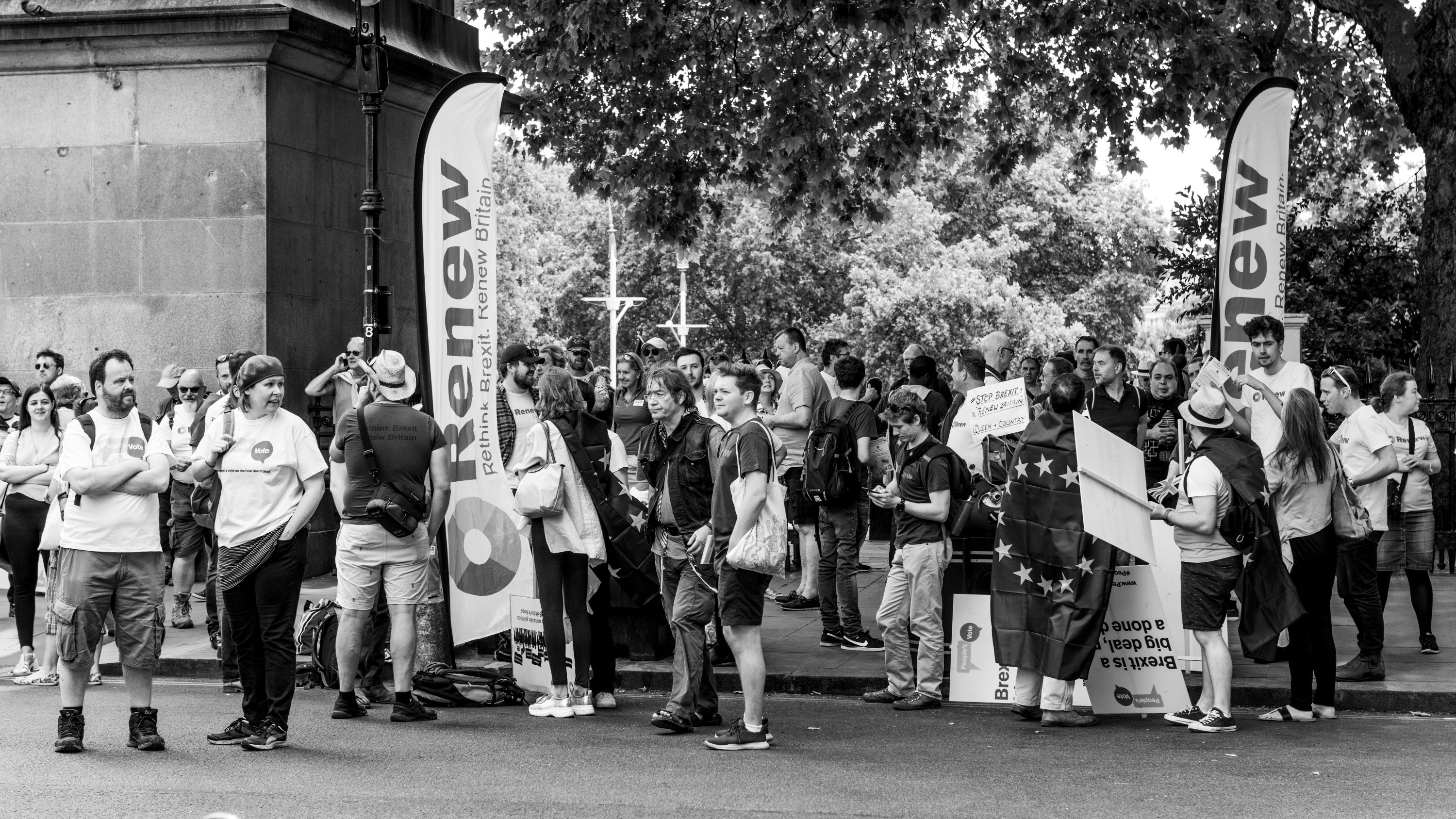 Interestingly, the same MPs who waived through emergency legislation mandating vaccination for care workers have somehow moved the goalpost and now draw the line at showing proof of vaccination to get into football games.  How is the mild inconvenience of a football fan or concert-goer considered to trump the employment rights of a caregiver?  The answer likely lies in the culture war mentality of a certain type of Conservative backbencher.  In this world, certain types of people are clearly and shamelessly considered more equal than others.

In democracies, the right to protest is sacrosanct and attempts to curtail it are never made by those who have our best interests at heart.  As with many of these somewhat alien attempts to recast the UK’s classically liberal DNA, one has to ask the question, ‘What problem is being solved by this proposed change, this legislation’?  There may be many answers to this question, but all of them are deeply concerning.  Either the UK is in the grip of a dangerous, radical leftist insurgency that needs to be clamped down on with great urgency, or we have an illiberal government determined to restrict our freedoms and undermine our traditions in order to remake our country as a less open, less tolerant, less free place to live.

COVID opened the door to allow the government to make urgent decisions quickly, bypassing necessary scrutiny and oversight by parliament.  Whilst these processes may be deemed necessary in a public health crisis, they must not become a wedge to increase the ongoing arbitrary exercise of executive power for political purposes.  There are many worrying precedents for this in history, the US Patriot Act being one of the most notable.

It may be considered ironic to note that one of the most consistently effective bulwarks against these types of anti-constitutional manoeuvres has been the House of Lords, but we do live in strange times.  It is crucial that ordinary citizens and Renewers stand up against these insidious and anti-democratic moves at every juncture, because once they succeed in coming for the protesters, they will be free to come after everyone.

For us in Renew, we will stick to our principles of supporting reform, fairness and participation, and we will stand up to be a part of what comes next.

If you want to be a part of this new chapter for Renew, look at our refreshed website to learn more and sign up to be a member!