On Tuesday we learned that wearing a face covering will be mandatory in all shops and supermarkets in England, not straight away, (naturally) but 10 full days later, on July 24. This, very belatedly, brings the country into line with Scotland, Germany, Spain, Italy and Greece: it also represents another confusing, late-game shift on the topic, from ‘not useful’ to ‘completely necessary’, thereby leapfrogging all those countries that have been recommending the use of masks (and benefiting from it) these last weeks and months.

“There is no evidence that general wearing of the face masks by the public who are well, affects the spread of the disease,” Deputy Chief Medical Officer Jonathan Van Tam said at the start of April. Of course, masks don’t affect the spread of viruses amongst healthy people in the same way that condoms do not stop pregnancy amongst men. It’s missing the point in a rather fundamental, one might even say in a ‘life and death’ sense. 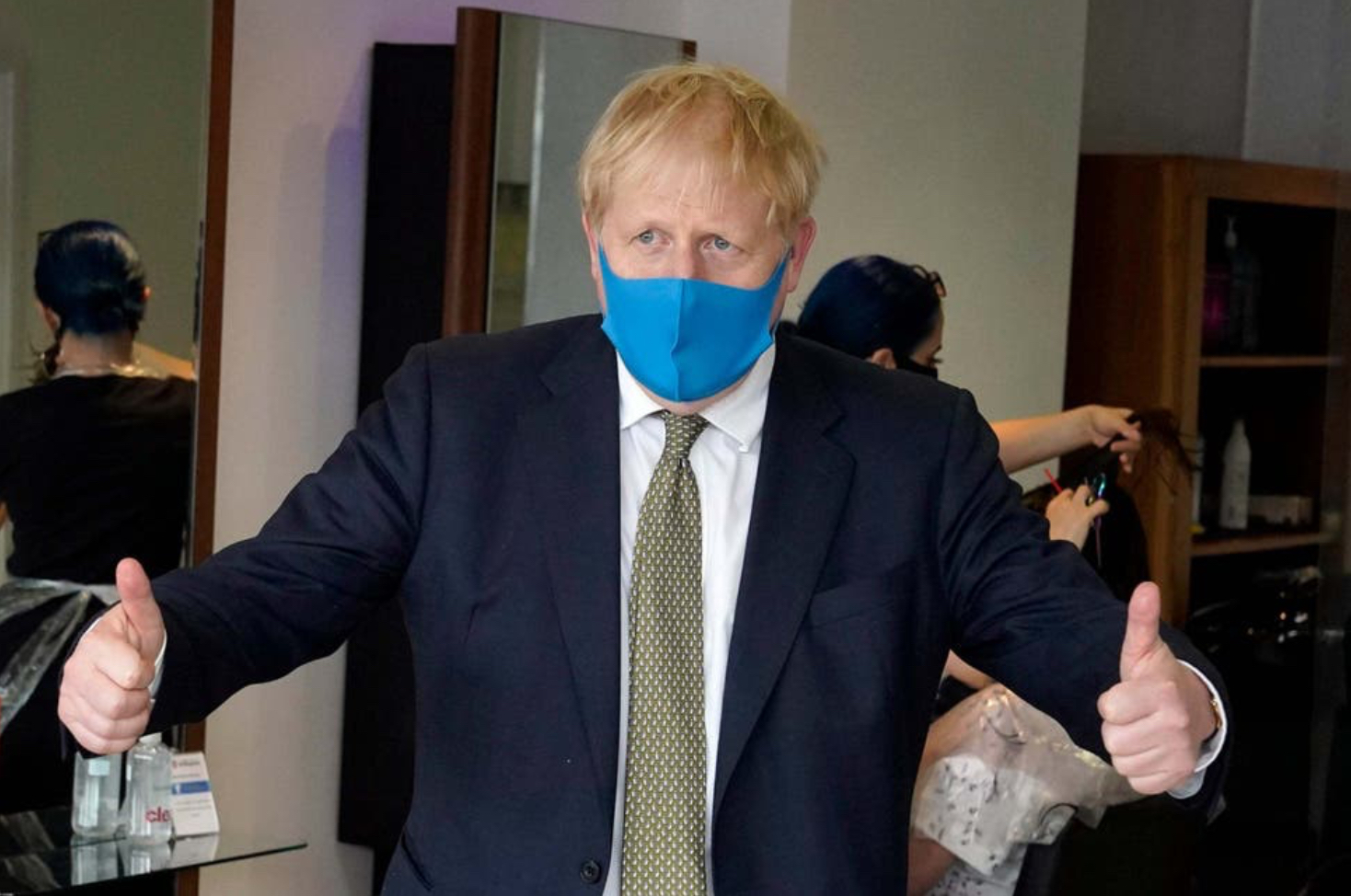 "Masks all round... high-five anyone?"

In Japan, face masks have been commonplace for decades. Many Japanese think nothing of donning a mask at the first sign of a sneeze or cough, at any time of year, out of consideration to their fellow commuters, colleagues and society at large. In mainland Europe similarly, masks have been adopted quietly and consensually, without fuss and with nary a tantrum. In the Czech Republic, for example, the early, consistent and universal adoption of masks has been credited with keeping infections at very low levels.

Meanwhile, in the UK, MP Desmond Swayne (guess which party) branded the move a “monstrous imposition” in the House of Commons, stating, inaccurately, that “nothing would make me less likely to go shopping than the thought of having to mask up.” The residents of New Forest West may now, finally, be tempted outside, somewhat reassured they are less likely to encounter him than normal, nakedly maskless and wild, like an elderly cherub in Argos.

Similarly, the party’s ‘string ‘em up’ faithful have been cutting up their Conservative party membership cards (or asking friends with stronger grips to) in a seemingly US-inspired fit of faux-libertarianism - ‘Give me a mask-free trip to M&S or give me death.’ (though of course, a 2-for-1 deal on that proposition is always a possibility).

This newest of policy shifts also represents a pivot from ‘use common sense’ (and blame the public) to ‘follow the rules’ (and blame the scientists). A clumsy attempt at foreshadowing is well underway with any number of unlucky dupes being teed up as potential fall guys for the failures of the Cummings/Johnson show. Senior and junior civil servants, Public Health England, scientists, care home staff and the NHS among them. Expect remainers, immigrants, experts, judges and the EU to join the list anytime soon. Government by the shifting of blame has become the default setting for a project that started with half a bad idea and now exists only to survive. Scapegoating is just cowardice by another name and it leads nowhere except embarrassment for all those who are touched by it and humiliation for those complicit. So there’s that to look forward to.

It’s a sign of how the Tories are becoming ungovernable. Pandora’s Box was opened when the leadership caved in to the crimson-cheeked wing of the party on the topic of Europe. They blinked once and are now vulnerable whenever an issue (even a serious public health issue) can be crammed into a Brexit-flavoured culture/identity narrative, as is happening here.

In spite of Johnson’s somewhat embattled countenance in recent weeks, he continues to bluster and force out jokes that appear in worse taste as our shameful situation worsens. At this week's PMQs, Johnson responded to a rather grave question on the government’s failure to save lives with a weak (and achingly contrived) gag about underpants.

In a time where both silver linings and reminders of a gloriously normal past are scarce, we can perhaps afford a melancholy smile at the familiar-feeling debacle of Chris Grayling failing to win a rigged vote for Chair of the Intelligence and Security Committee. It appears there remain a precious few in high places who baulk at the absurdity of allowing ‘Grayling’ and ‘Intelligence’ together in the same room.

Wednesday 22nd, Facebook Live, 7pm: Renew will be live, so make sure to save the date and join the conversation. More details to be revealed on our Facebook and Twitter pages.

Gene editing - dicing with the future of our food: Draeyk van der Horn, Renew's spokesperson on Food and Farming, delves into some of the concerns surrounding gene editing.