Last week, the Government started to leak hints of an end to the lockdown, unwisely as it turned out. On May 7th the Daily Mail's front page crowed 'Hurrah! Lockdown Freedom Beckons' and a cautious optimism seemed poised to seep into the national consciousness for the first time in many weeks.

Shortly thereafter, Government spokesmen started to row back the message as the number of daily deaths remained stubbornly high throughout the week and the thin patina of positivity vanished entirely. 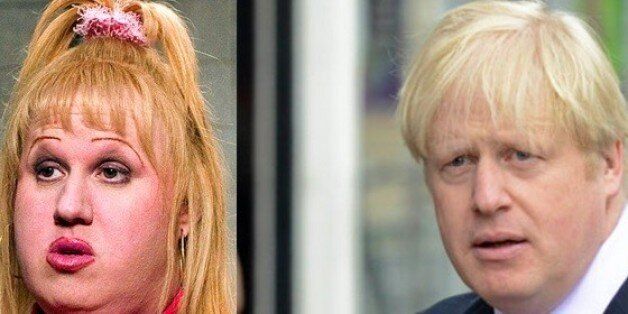 On Sunday, Johnson channelled Vicky Pollard as he addressed the nation with a new plan, which was sort of not one thing and kind of not the other, either.

A theoretically clear five-tier COVID Alert System was unveiled and immediately undermined as the PM indicated that we were currently somewhere between about a 3.6 to a 3.25-ish and we would hope and/or try to get it a 3, depending on what did or didn't happen and no promises, but let's see and let's congratulate ourselves but also not too much, just in case, but yeah, but no, but, yeah, but. 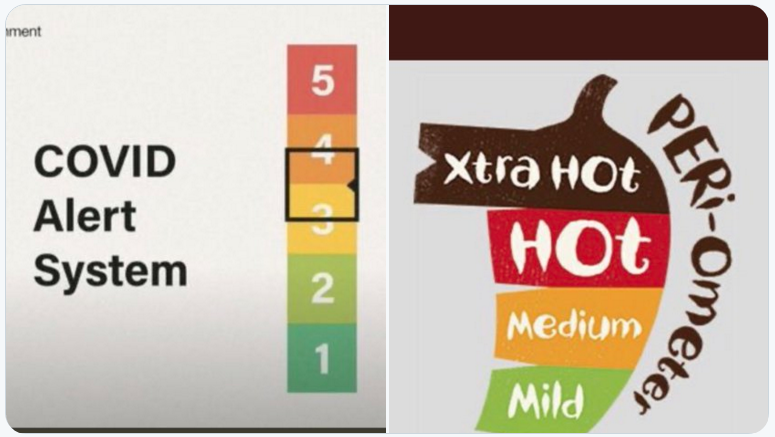 Workers were 'encouraged' to go to work the following morning if they could, and without warning; later this message was changed to the vaguer 'this week'.

As a confused public tried to decipher the riddle that a deadly killer virus from which no-one was safe meant that we should all stay at home, but that we should also now try to travel to work if we could, responsibility for lockdown behaviour was subtly shifted away from the Government and onto the worker.

A few days earlier an anonymous 'senior UK Government source' made the outrageous claim that people are becoming 'addicted' to the furlough scheme, offering no further explanation or evidence. The fact that this statement went publicly unchallenged by any Conservative MP gives an indication of what they are thinking privately with regards to the UK workforce.

How employers are expected to respond to these bafflingly concocted messages is anyone's guess.

Four years of Brexit have stripped the Conservative Party of it's best and brightest and those that remain are grindingly inadequate. Until now, Johnson has had three main strengths: the slavish loyalty of his base; a willingness amongst floating voters to give a jolly trier the benefit of the doubt and the simple fact of him not being the former Leader of the Opposition. As we muddle through this strangest of summers, it will become clear that one of those three strengths has gone for good and an other is disappearing faster than untended hand sanitiser and toilet roll.

Renew's how-to: make a mask from a t-shirt

Renew's Brogan Meaney has got handy this week and made a face mask out of a t-shirt sleeve! No sewing required: all you need are scissors and an old t-shirt.
Check out the video here. And here's the step-by-step:

1) Cut the sleeve off any t-shirt. This will be the mask. (I cut the sewed hem off on my first attempt. But on my second attempt, I didn't and the mask sat better on my face.) 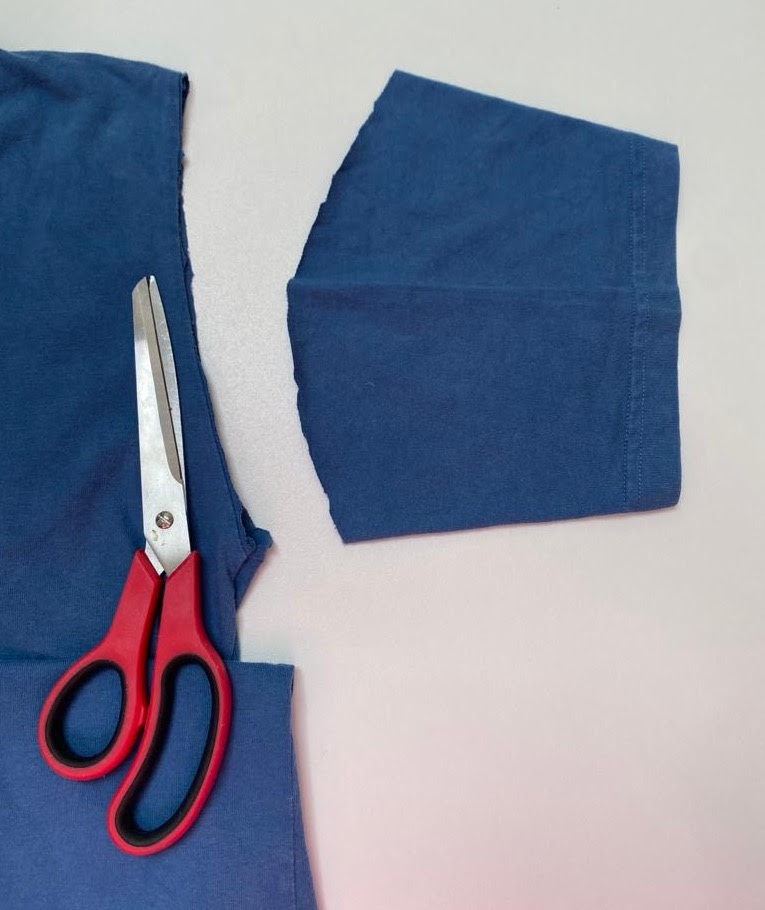 2) Fold over both sides. 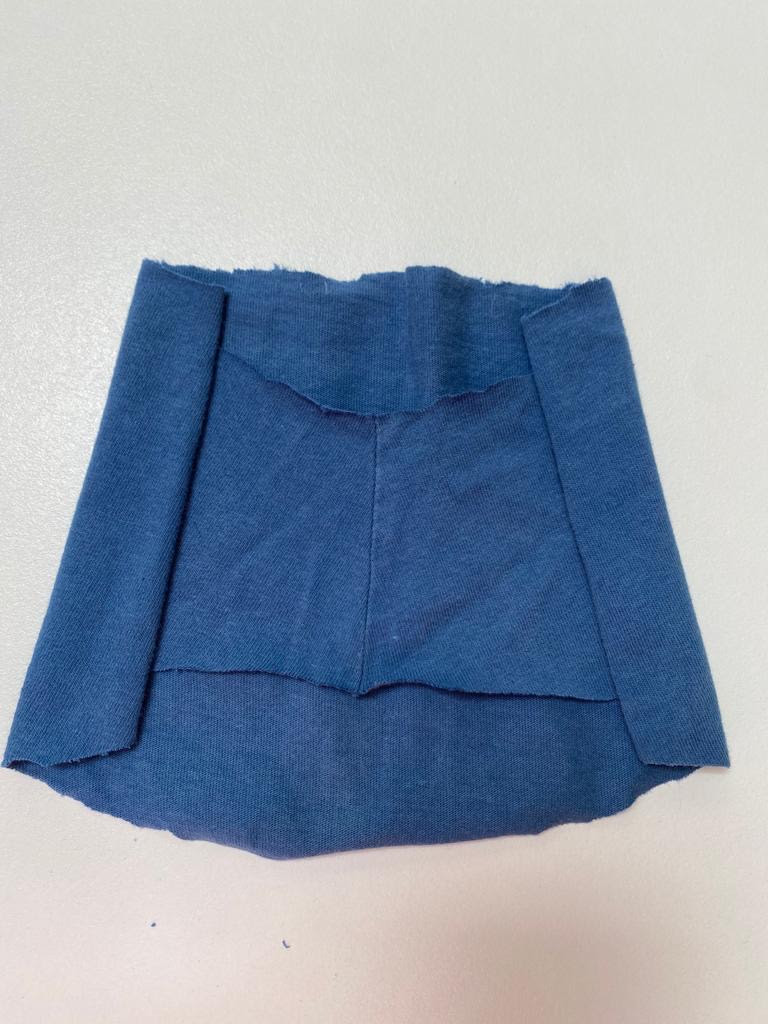 3) Make 6 cuts across each fold with scissors (the image below has 7 incisions. 6 is better). Make sure not to cut past the end of the fold, as you're making holes in order to thread the straps of the mask through. 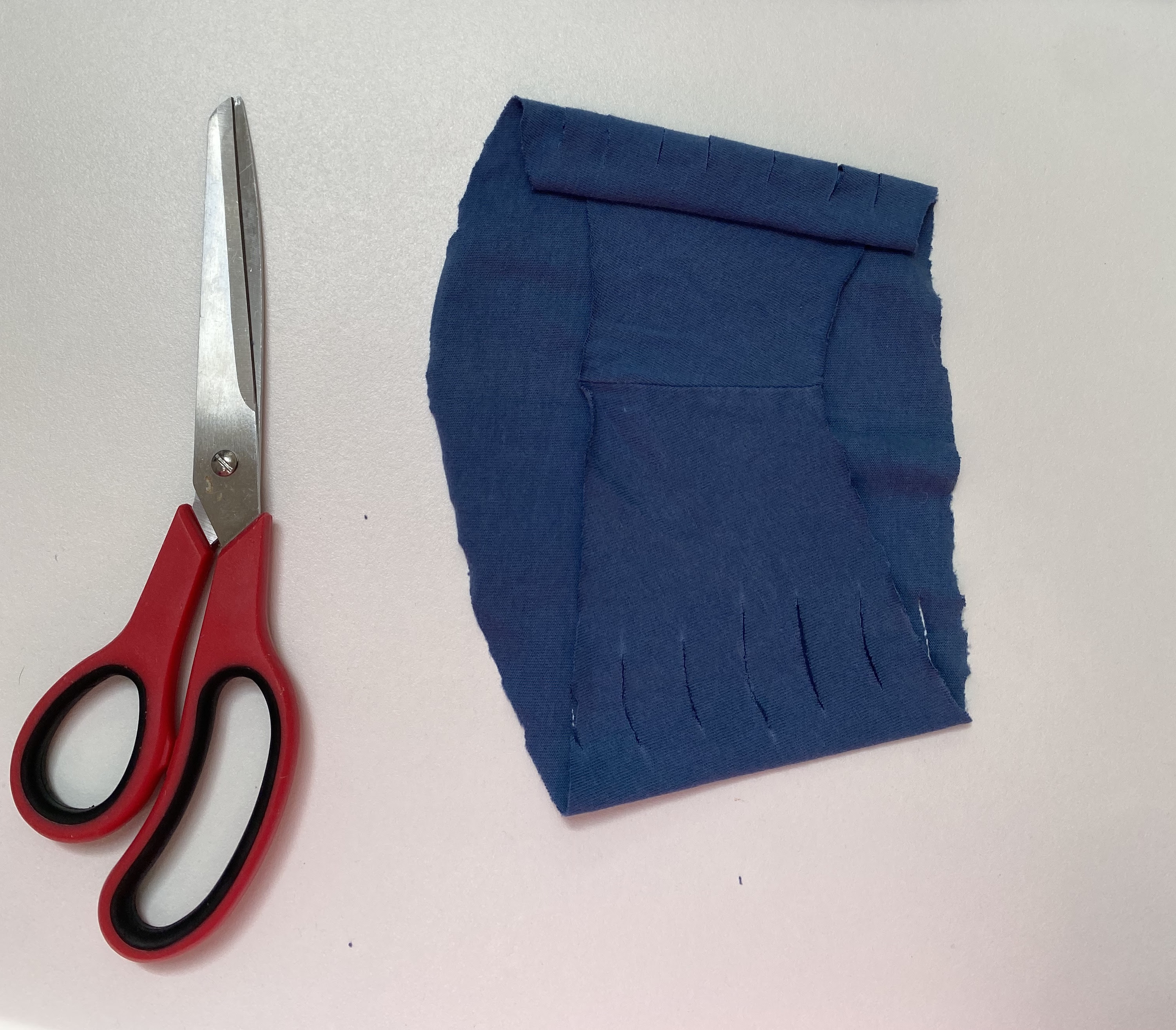 4) Cut a strip from the bottom of the t-shirt - this will be the straps of the mask. (I first cut off the sewn hem and discarded it, as it's not as stretchy.) 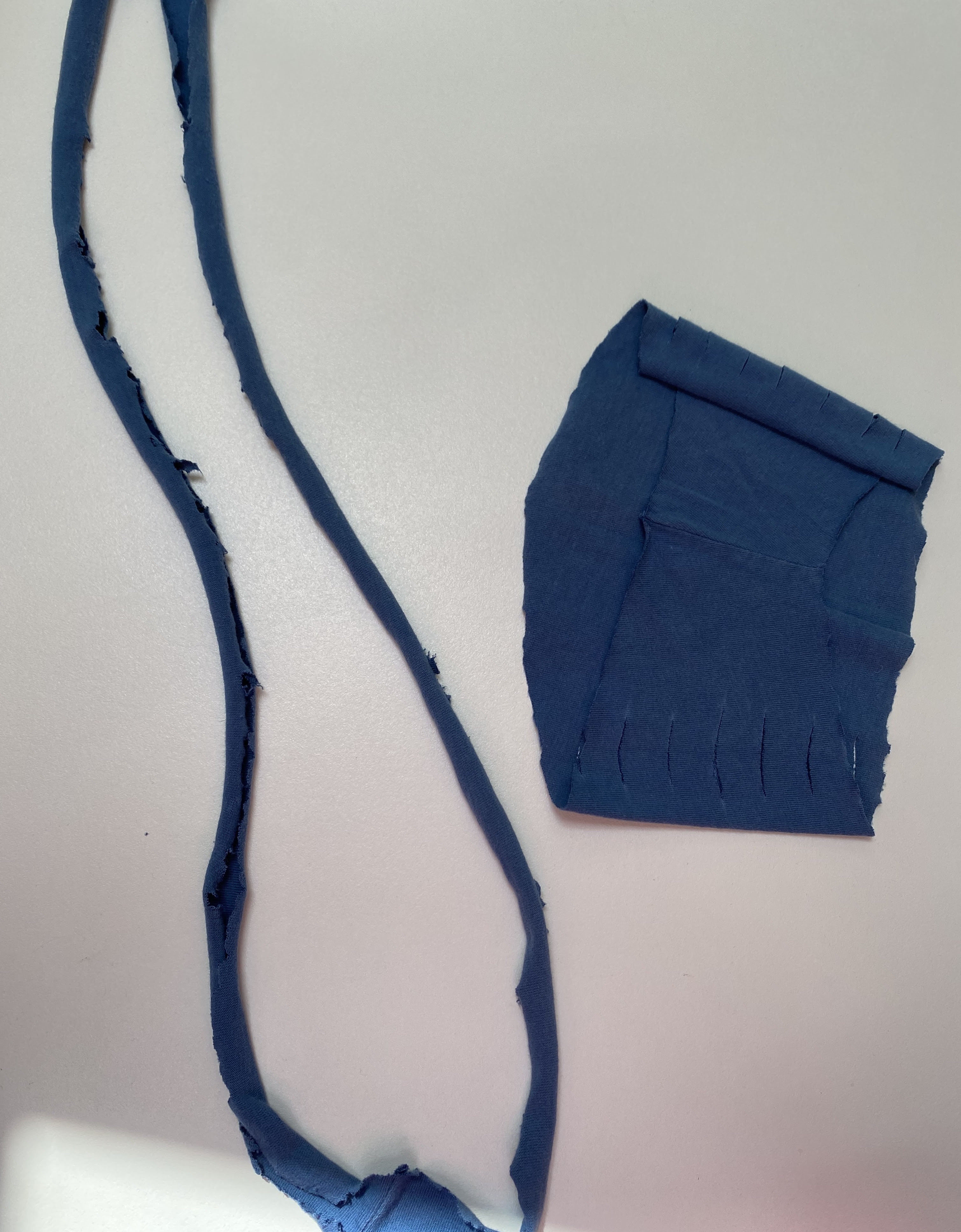 5) Cut the strip into two, and thread through each side of the mask. Tie up, and adjust to your face size. 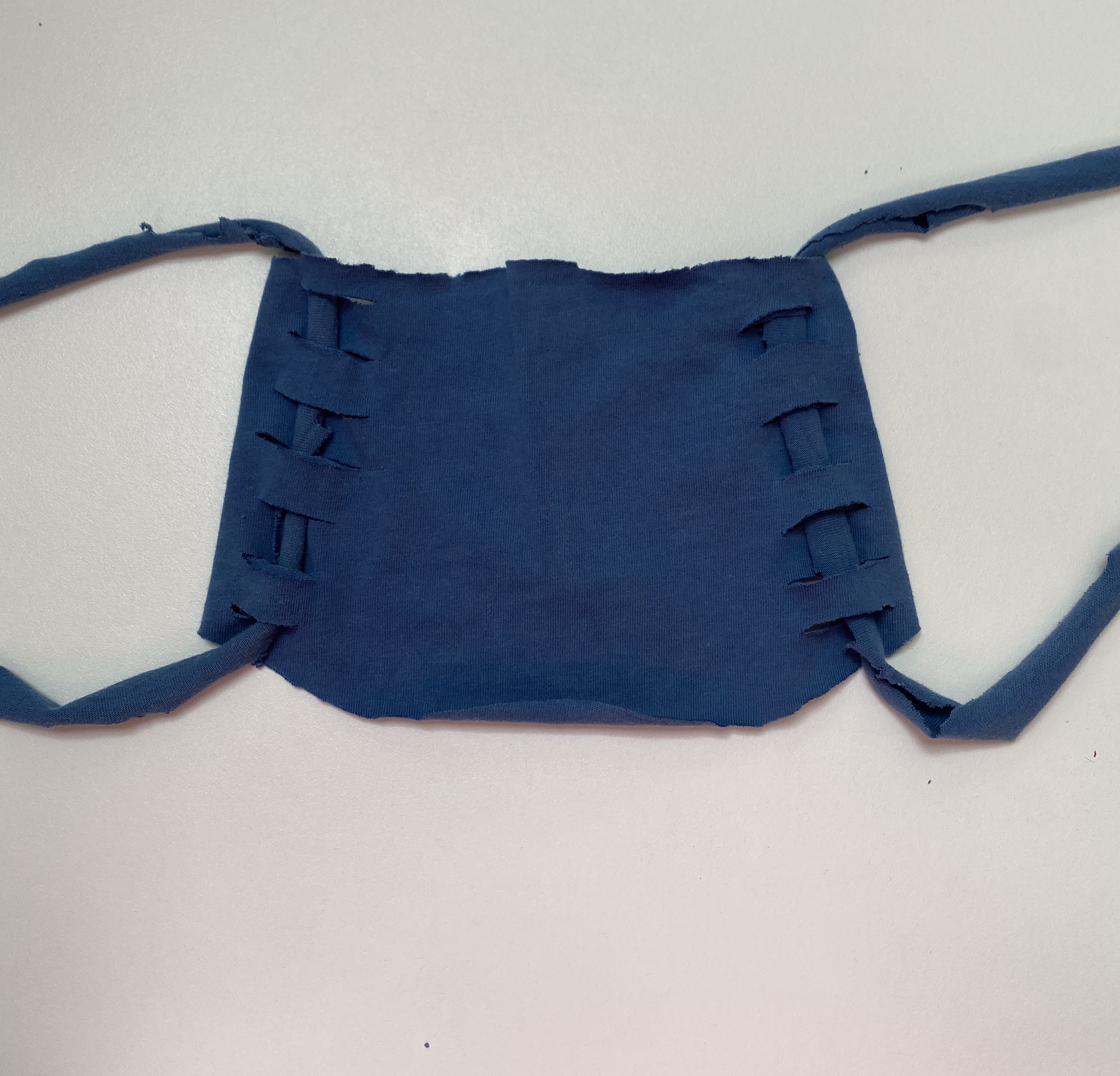 Disclaimer: Whilst this mask is easy to make and washable, it isn't a medical-grade mask, so there is no guarantee that it will protect you from COVID-19, nor, unfortunately, will it help you stay alert.

As some of you may have noticed, we've taken a break from our usual weekly virtual events. No need to fret, because we will be continuing with our Facebook Lives and Zoom calls, but on a less frequent basis.

Next Thursday we'll be back for quiz night, hosted by Renew's Dan James.

A Renew t-shirt is up for grabs for the winner, so make sure you get involved.

But when can I see my friends again, Boris?: Renew's Brogan Meaney explains her frustrations with the shift in government messaging and asks: when will we feel safe again?

Have you got something to say? We want to hear from you! Drop us an email with your story and be featured on the Renew blog! 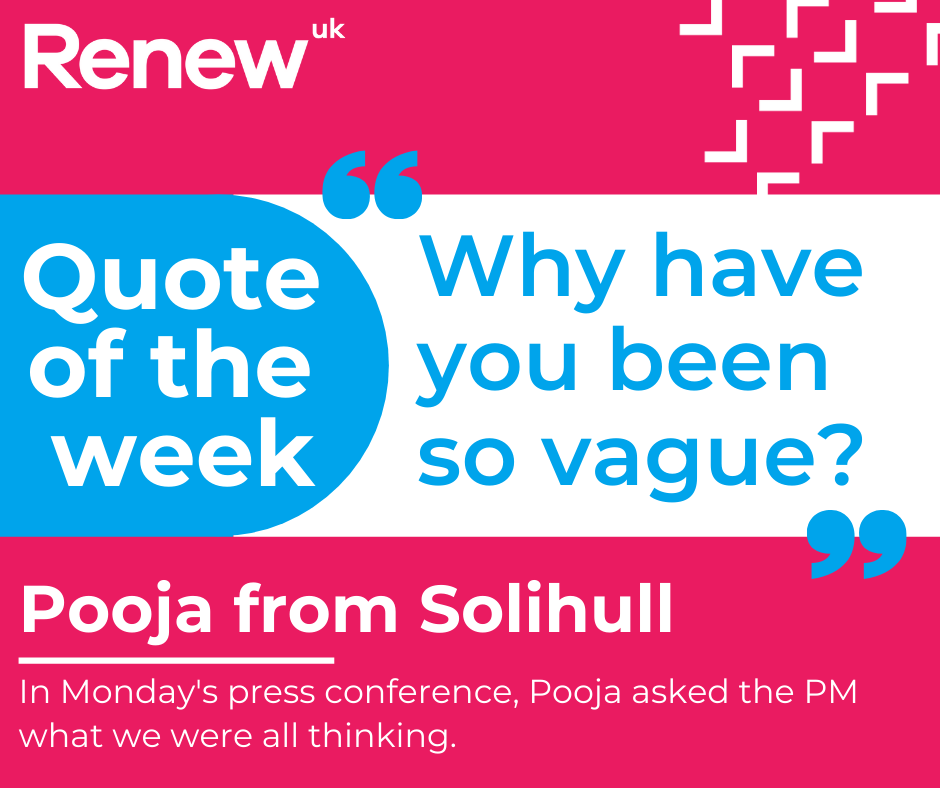