As we awkwardly adapt to life under the new administration there is no real consensus on what to expect. The knee-jerk reaction to the election result was pure resignation and the overwhelming belief that Johnson would be in power for 10 years at least. Based on the performance of the Labour and Liberal Democrat leadership, the behaviour of their activists and the scale of their parliamentary defeat, it would initially appear that the route back would be extremely long and fraught.

Many in the UK can see that leaving the EU is a mistake, that Johnson is unfit for office, that the least extreme Conservatives have been removed and that Cummings is a reckless fantasist. The same people cannot also believe that the government's wacky schemes will come to fruition or that the Brexit lies will not return to haunt them. We are seeing signs of this already.

The idea of a road bridge from Northern Ireland to Scotland has been widely and deservedly ridiculed by groups as diverse as engineers, economists, hauliers, the shipping industry, journalists and politicians not to mention the Irish and the Scottish. And, regardless of its merits, HS2 will become increasingly controversial as the inevitable cost increases and delays kick in. It will end up costing more than the Channel Tunnel whilst providing far less of an impact.

Let us not forget that Johnson has form in the realm of extravagant folly, with the failed Garden Bridge project, London's cable car to nowhere (unsuccessful and extortionate), not to mention his (banned) water cannon, which was neither triumphant nor economical. 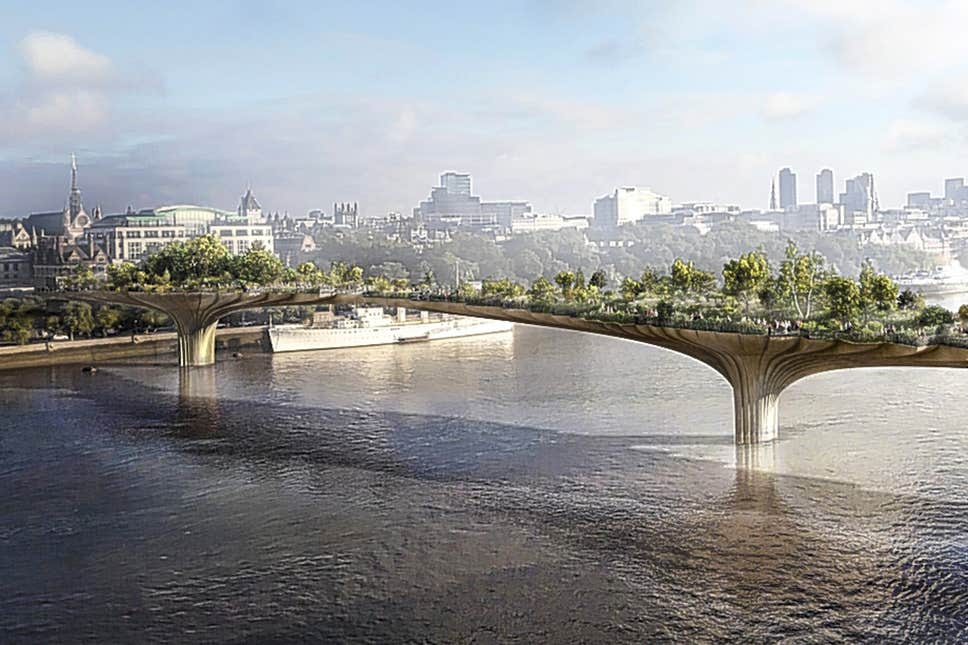 The Garden Bridge project cost £43m of public money, and this mock-up is all we have to show for it...

We learned this week that N26, a digital bank with 200,000 customers would be leaving our shores due to 'Brexit disruption', joining Jaguar, Aviva, Airbus, Barclays, Michelin, Panasonic, Philips, Sony, UBS, Toyota (I could go on) in the flood of disinvestment from the UK. Arguments over alignment in financial services and divergence (or not) from EU norms will not be resolved to our advantage and our broader search for trade deals is emphatically not leading to a rainbow-concluding pot of gold.

Expect this story to run and run.

Yesterday's cabinet reshuffle was also an instructive sign of things to come; the welcome and reasonable removal of embarrassing characters like McVey, Leadsom and Cox was totally overshadowed by the loss of his Chancellor, who refused the humiliation of firing his advisors. Once again, Conservative MPs are forced to learn the new rule: integrity gets punished.

Without a drastic and unforeseeable change in fortunes, Mr Johnson will be facing a 2024 election carrying the baggage of 14 years of austerity, division, recklessness, broken promises and, in all likelihood, an annihilated reputation for fiscal responsibility and good governance.

So we must realise that now is the time to be building an effective new political force. We must continue to oppose those who have managed to grasp the initiative and snatch power by harnessing popular discontent and channelling it into a dangerous and regressive political project.

Head on down to our shop! 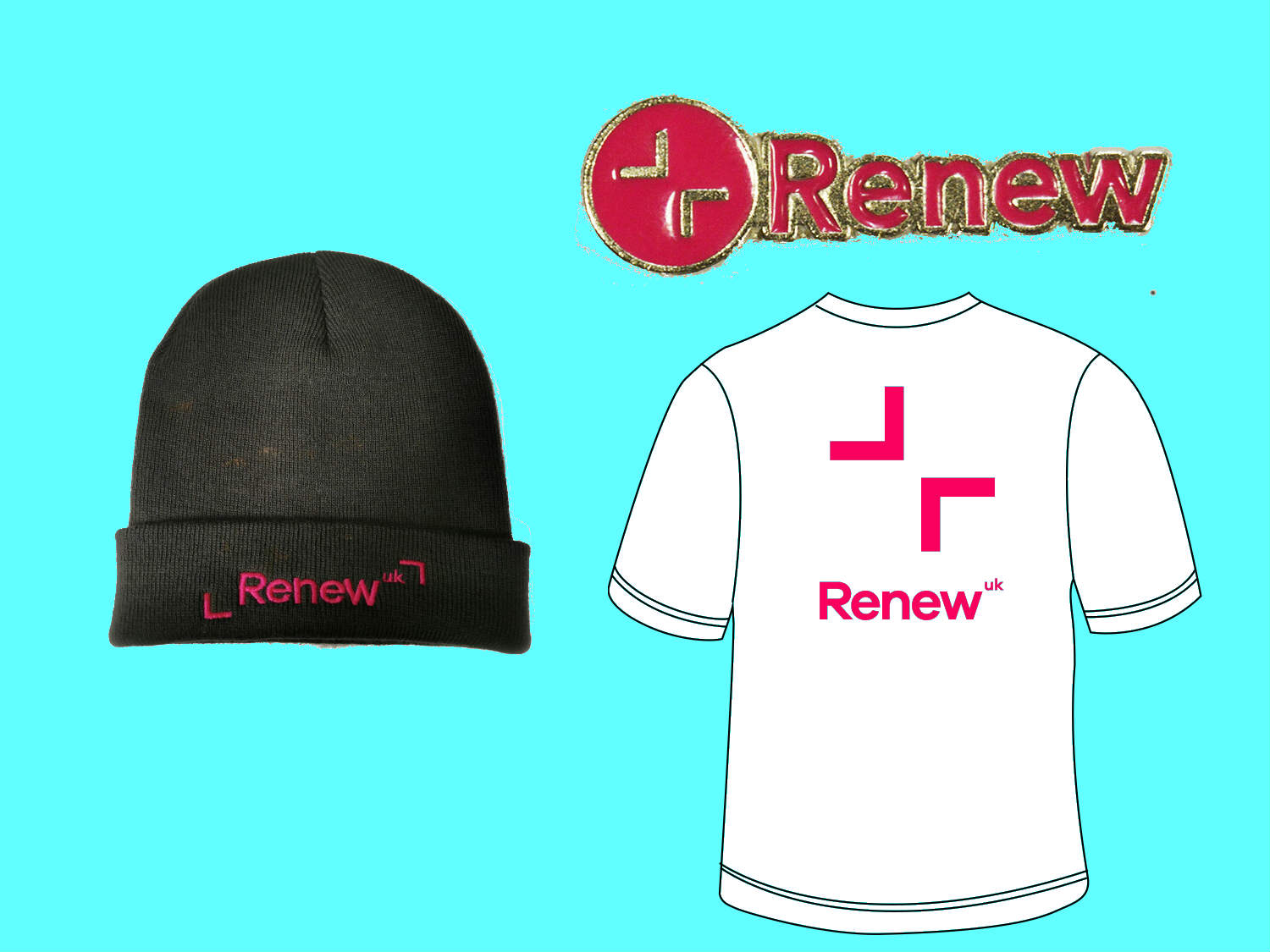 Pin badges, t-shirts, woolly hats - get 'em while you can. 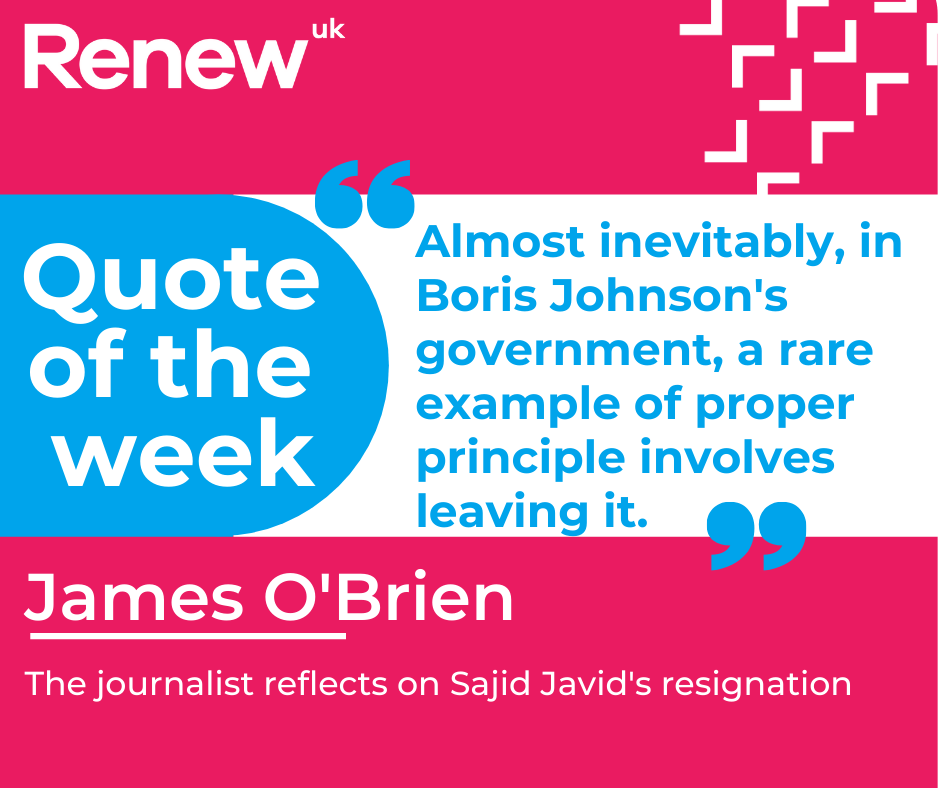