As Labour's bin-fire of factionalism continues to smoulder, the Conservatives, seemingly jealous of the attention, have reminded us that they are no slouches at infighting and are now publicly indulging themselves at the expense of the country in the middle of a pandemic.

Dominic Cummings' unelected coterie of Vote Leave campaigners in No.10 have for months been jostling for influence, intriguing against MPs and Civil Servants alike and manoeuvring for more control over Johnson and the levers of power. Government policy has been leaked in advance of public announcements and key figures have been briefed against, notably Carrie Symonds.

Johnson appears to have been pressured into promoting Cummings ally Lee Cain to Chief of Staff, then backed down following a premature leak (guess who?) that the promotion was a fait accompli and the resulting backlash. According to one SpAD, 'This is their MO. They have spent years trying to brief things into existence.'

The Vote Leave clique in No.10 now resemble (and apologies in advance for this analogy) a botched transplant being rejected by the host as infection spreads from the brain to the extremities. According to another insider 'The macho boys club needs to end and Boris desperately needs some normal and nice people to take over.' Sadly for that idea, the normal and nice people either left the Conservatives voluntarily around 2016, or were bullied out in the following four years. Stragglers were ceremonially culled last December, you'll recall.

The Vote Leave magic dust Johnson has been counting on turns out to be a tawdry rehash of an ages-old political rule - that appealing to people's lowest instincts can win you elections in the short-term. Longer-term, of course, it gets tricky, as the carefully-cultivated angry mob tends to stay angry, especially when its interests are betrayed.

The bigger picture here is the growing institutional dysfunction of our two main parties and its increasing normalisation. Both Labour and the Conservatives surround and suffocate their leaders with unelected advisors whose privileged and exclusive access wields disproportionate influence. Good and conscientious people are slowly weeded out and replaced with accomplished plotters and, dare I say it, 'shapeshifters' with no discernible philosophy beyond self-preservation and personal advancement. This, in turn, keeps the right people out of politics.

Our goal with Renew is to build a platform to turn the tide against this downward spiral, and encourage skilled, passionate and concerned citizens to step up as volunteers, activists and especially candidates, whatever their background.

This week we received a letter that went straight to the heart of this and I'd like to share a section if it. 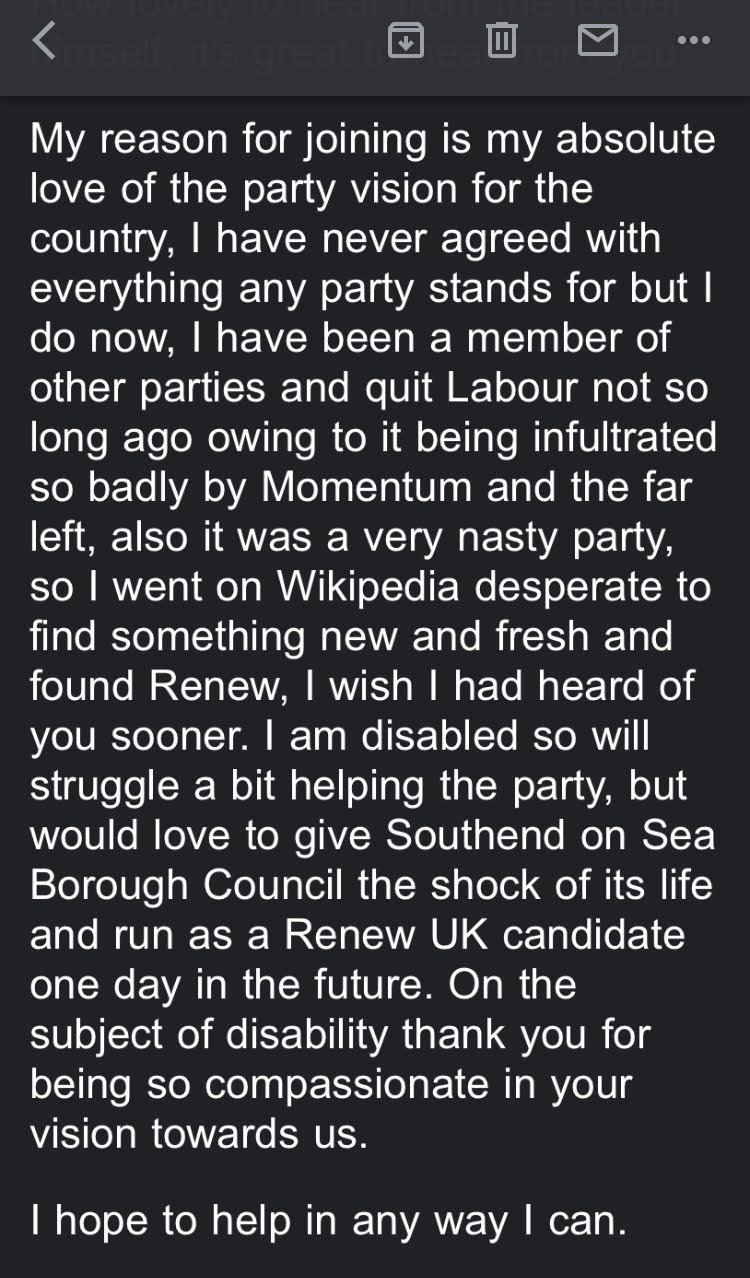 Reading letters like this, we know we are on the right track, so keep the faith and keep helping us to build Renew.

Last week we reported that Renew has lodged an official objection to Farage's proposed re-brand of 'The Brexit Party' to 'Reform UK'.

Our tweet was shared widely and we have received a preliminary response from the Electoral Commission stating, 'We will consider your comments as part of our decision making process.'

The issue also made the pages of The Sun, with columnist Rod Liddle pointing out the obvious. Watch this space... 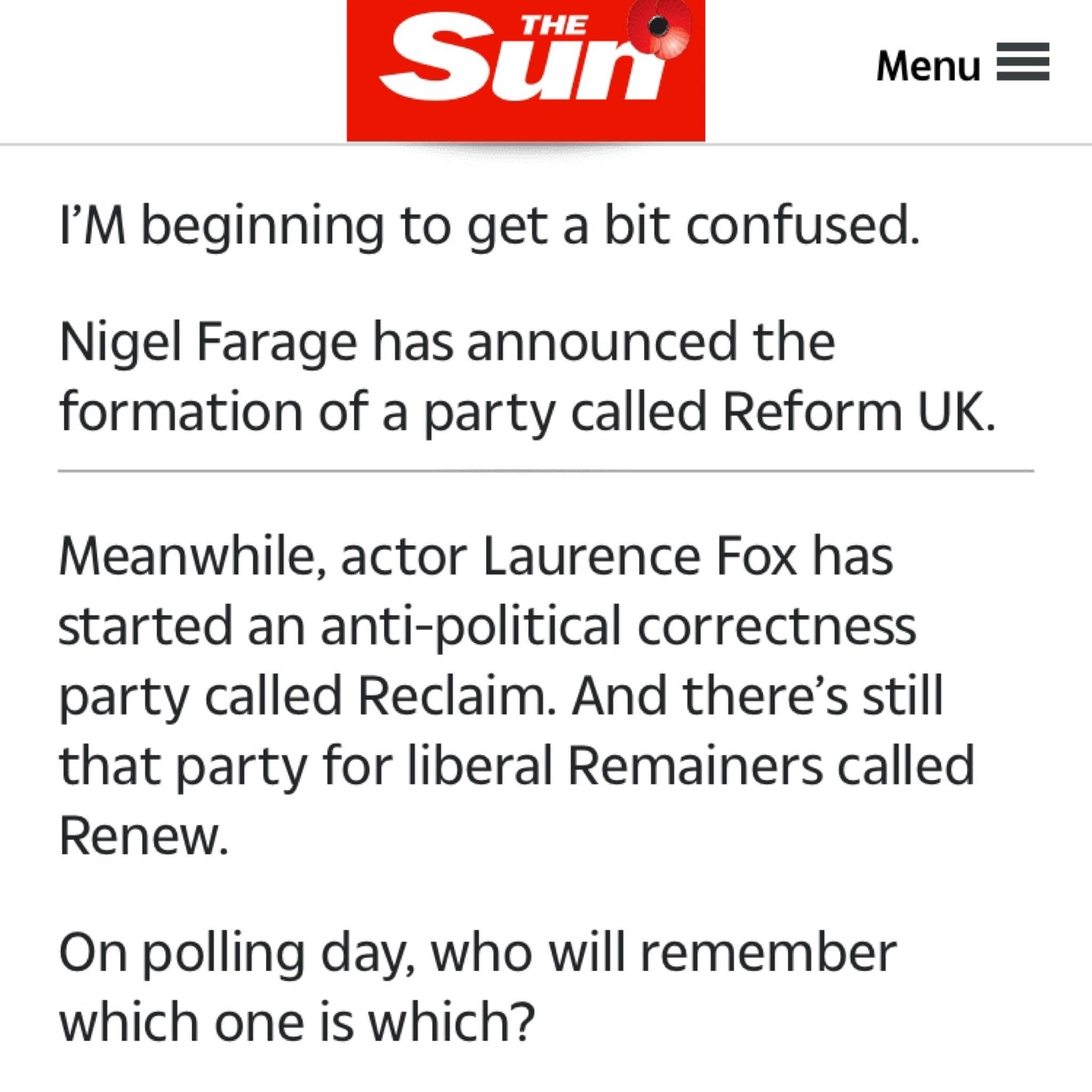 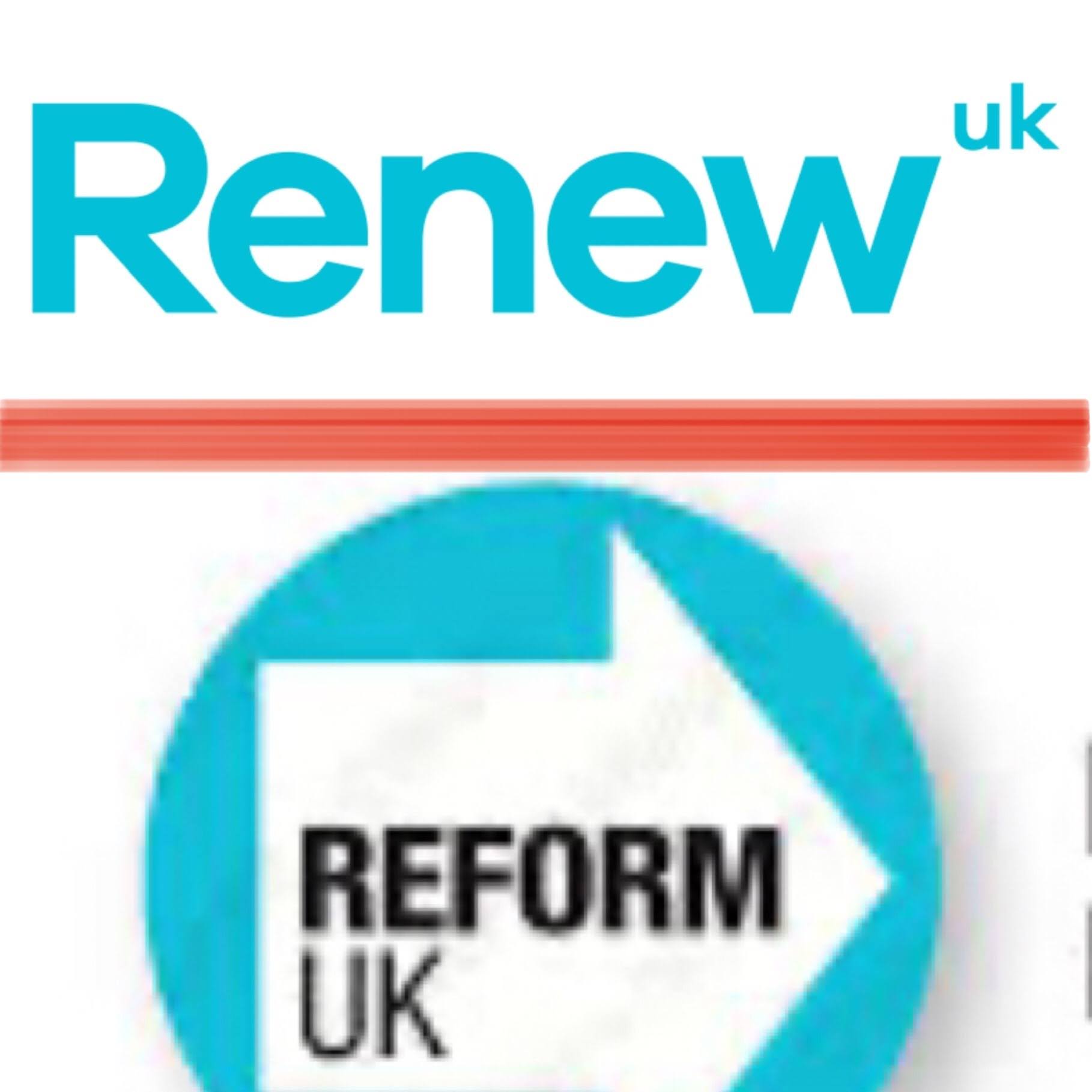