This week, the news has been dominated by passion, aggression, protest and counter-protest. In the midst of the COVID-19 crisis, underlying political and cultural tensions are boiling over into acrimonious, bordering violent behaviour.

The ramping up of inflammatory rhetoric and action makes us all losers in our own game. To take Rowling as an example, depending on who you talk to, she is now either still a national treasure or an unforgivable hate-monger.

In truth, Rowling is neither a secular saint nor an intolerant monster, she's a person with opinions that some agree with and some don't, just like any of us. People are being reduced to binary categories, or worse, one-dimensional emblems of what is wrong with the 'other' side. We have to live in a society where competing ideas and opinions can be discussed openly and honestly, without fear of losing one's livelihood or worse. We are witnessing the active pursuit of cultural confrontation by escalating means; the attacking of totems like Churchill's statue is a perfect example.

Whilst most in society may fairly be characterised as mild-mannered, kind and thoughtful of others feelings, public discourse is now dominated by the extremes, the intolerant, the illiberal, the hyper-sensitive and the censorious on both sides of the culture war. It threatens to turn us into a culture dominated petty informants, for whom the reductive, mean-spirited ethos of reality TV and an appetite for the modern-day equivalent of public executions becomes the social reality, corroding the nature of our everyday interactions.

This is not to say that campaigns for social justice are not welcome and essential, but political activity is not and should not be about expressing oneself, it should be about pursuing positive change whilst constantly building a viable and sustainable consensus.

Whilst the excesses of nationalists and populists in recent years have shocked and scandalised many of us, the excesses of the left have driven many directly into the arms of the reactionary right. For those who have knocked doors and stood in high streets listening to the public in recent years, it is obvious that grievance against real or perceived liberal bogeymen (and, of course, literal bogeyman Jeremy Corbyn) has driven Brexit, defenestrated the thoughtful wing of the Conservative Party and delivered an 80 seat majority for Boris Johnson. Opposition to this sorry state of affairs will not be well-served by copying and mirroring the Farage/Cummings playbook, but by providing a caring and viable alternative that listens.

There remains in the UK a significant number of people who feel we should bring back hanging and imperial measures and also a significant number who feel we should unilaterally disarm and abolish the Royal family. Serious political operators on the right and left focus their energies on neither of these groups. The battle to win elections and ultimately drive the direction of the country is always won in the centre, with the non-ideological, with fair-minded people and with swing voters. These are the hearts and minds that need to be won, not with negative, vituperative, zero-sum campaigning, but with appeals to hope and the seeking of consensus.

There is a kind of empty, futile joy to be had in sneering at strangers online, piling on to the enemy of the day and trashing ideas and symbols treasured by others. It's like scratching an itch, knowing that the more you scratch the more it will itch. Not to pursue this analogy in too revolting a direction, but when you scratch too much, you bleed, then you have a scab, which you pick at, which gets infected, then... well, it's often best not to scratch the itch.

I'll leave you with the key scene from Brexit: The Uncivil War, where Remain's Craig Oliver and Leave's Dominic Cummings meet in a pub shortly after the murder of Jo Cox. O: I didn't think it would be as bad as this. You?

O: But, then again, isn't that what these types of questions do?

O: Still, I think it should be possible, vital even, for a country to be able to ask itself a question and to be answered without... all this. Without such hate. Without fucking death.

O: Seems it's moved... way beyond our relationship with an economic bloc. It's... it's about the soul of our country. I worry. I worry that we won't be able to heal... that this has created...

O: ... a type of debate, a politics that is unsophisticated, uncivilised and, worst of all, unkind. Seriously, though, you... you don't worry about the long-term repercussions of all this? Of undermining the very concept of expertise, of independent authority?

C: Your experts had an agenda.

O: Based on their knowledge. You are feeding a toxic culture, where nobody can trust or believe anything...

C: That is not what I'm doing at all.

O: ... where nobody listens to each other, they just yell. And the loudest and the rudest gets heard...

C: And give people a voice who have been ignored for years.

O: You're not giving them a voice, you're inciting them.

C: Don't confuse me with Banks and Farage, they're the ones who are inciting people.

O: How convenient that you had them to do your dirty work for you. Have you ever, ever REALLY tried to stop them?

C: You and your lot have dominated politics, political discourse, for decades, Craig, and what have you done with it? What?

O: You can't close the box, Dom, once it's been opened. This is the new politics now, the way we will conduct...

O: What's your edge? What are you doing, what have you found?... It's the sleep I miss.

O: I honestly think I had more hours a night when my kids were born than this. You're having a baby, aren't you?

C: Yeah. What have you got, two daughters?

O: Three. I think about it, you know? About the kind of country that they'll grow up in.

C: What is this? A 'think of the children' appeal? Please, Craig. I am doing. I'm trying to get us ready. The train coming down the tracks isn't the one that you expected, it's not the one advertised on the board? Well, tough. It isn't even the one that I imagined. But I accept it. You can't stop it. You're right, there is a new politics in town. One that you cannot control.

O: Be careful what you wish for. You won't be able to control it either.

As the world is discovering, again, stoking populism is a dangerous game. But so is promoting intolerance and censorship. You can't close the box once it's opened. A question for those on both sides who are agitating for worse and less tolerant behaviour, 'Do you still think you can control them?' If not, then tomorrow belongs to them.

Congratulations to our new board member... Dan James

Congratulations to Dan James for being elected to the Renew board! 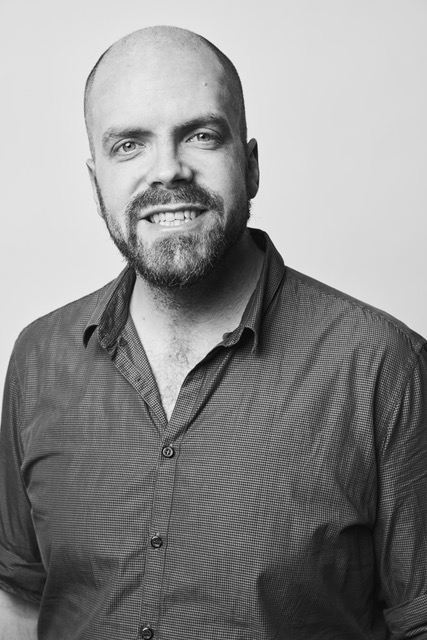 "There are inflection points throughout history where everything changes. Whether the old alliances tumbling to cause the first world war, the civil rights movement, or the spread of democracy after the fall of the Berlin Wall. We often don’t recognise these times for what they are until after, but the sense of change is often tangible. This feels like it could be one of those moments. A rising wealth inequality, racial oppression rising up into riots, the creeping threat of nationalism and populism, and of course a global pandemic and inevitable recession. Everything is changing and it’s changing fast. In these times, public confidence in the political class has fallen to historic lows. The old ways don’t work and the phalanx of the old guard is increasingly being pushed aside by the vanguard of the new. As Renew, we seek to bring not just new policies, but a new way of doing politics to the fore, something suited for the 20th century and modern Britons. I am honoured and elated to be named to Renew’s board and I hope to be deserving of that honour by helping Renew finds its feet in these troubling times and find support so that we may execute our mission to change British politics for the better. I look forward to working with you all and hopefully with many new members in the coming months!" 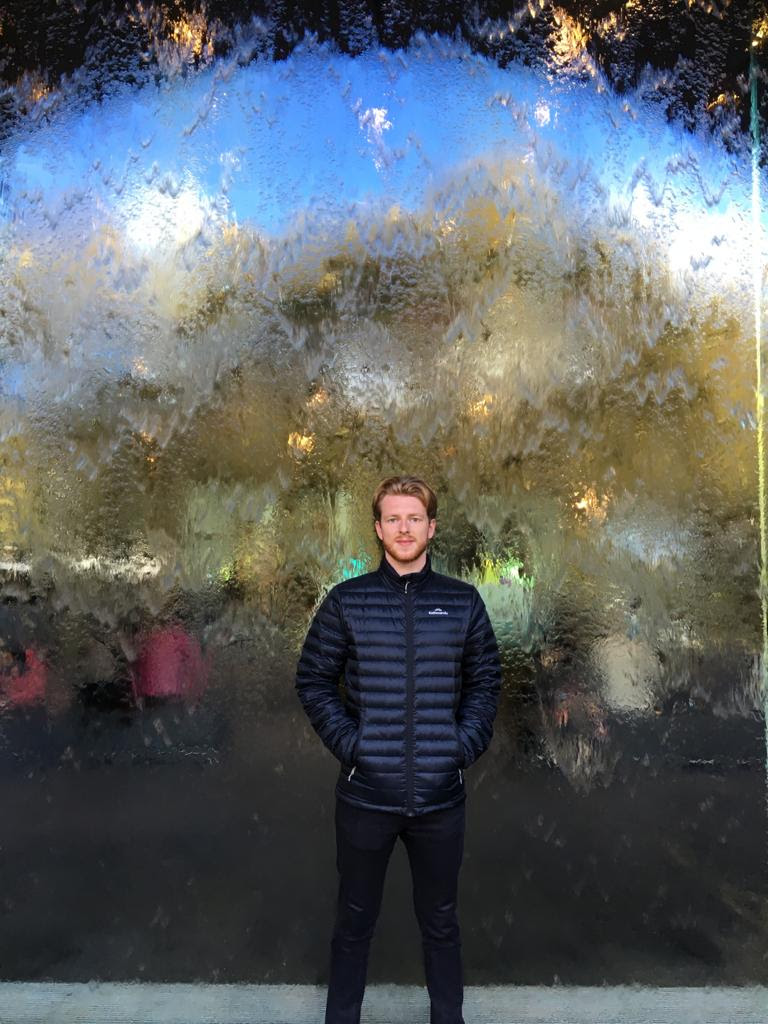 Ross was previously working on the Rory Stewart Mayoral campaign and (after seeing the light) has just joined the Renew team as an intern. 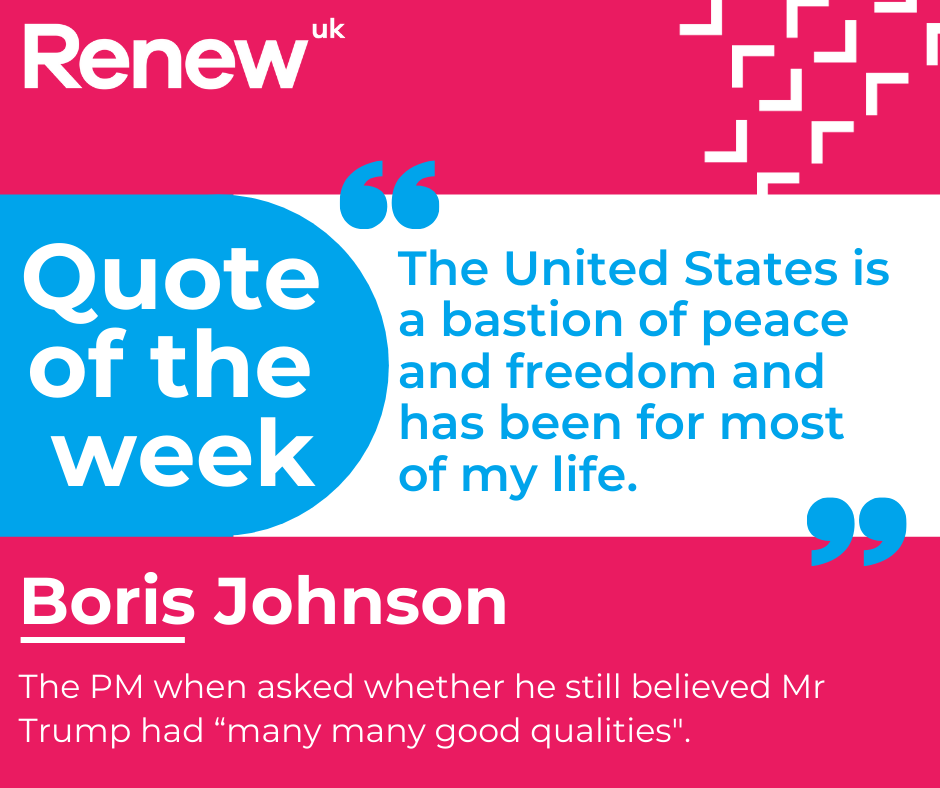