Deal or No Deal?

This week, 2017's Owen Jones took time off from his record-breaking #Corbyn4PM campaign to blame remainers for Brexit. Staggering but true. He is not the first to try and pull off this outlandish trick, but may be the most objectionable. The central thesis is that, in a parallel universe, if remainers had only been more conciliatory, the UK might have ended up with a Norway deal.

To illustrate what this fantasy universe would have to look like, David Cameron would have had to have stayed on to clean up the mess he created, Nigel Farage would have had to transform from larva to butterfly, the ERG would have required a collective Damascene conversion to common sense and moderation and Labour would have needed a coherent thought or two on Europe. In terms of far-fetched scenarios, it's right up there with the plot of Rocky VI (which also happens to be Mark Francois' 6th favourite film).

In reality, the moment Theresa May took over as PM, any notion of moderate deal became vanishingly unlikely. Notwithstanding her own rhetoric on the 'hostile environment', 'citizens of nowhere' and the simultaneously vague and abominable 'Brexit Means Brexit', she had neither the vision nor the political capital to take on the increasingly rancorous and unruly Eurosceptic wing of her party. Remember that not only had leave MPs interpreted 52% as a landslide, but the majority of Conservative MPs that voted remain (189 of them), were running for the hills and/or wildly reinventing themselves as converts to the exciting and lucrative new cult of SunlitUplandism (see: Sajid Javid, Matt Hancock, Gavin Williamson, Grant Shapps, Robert Jenrick, Alok Sharma, and Jeremy Hunt).
But make no mistake, neither the referendum result nor the naked political expediency of pretending to support it can turn a rotten idea into a good one. The central, inescapable facts are the same at the close of 2020 as they were in 2016. The issue of Northern Ireland, Scotland, the integrity of the Union, inbound investment, the car industry, aeronautics, passporting of services, the brain-drain, academic cooperation, security protocols, terrorism and data, erecting borders where they had been torn down peacefully, the fact of 66m losing their freedom of movement or the problems faced by 1.2m Brits in Europe (not to mention 3m EU citizens in the UK). None of these have been solved in 4+ years of clumsy, miserable acrimony.

On Tuesday, the imperious Marina Hyde of The Guardian dug out a sadly apposite quote that deserves re-sharing - 'the Romanian writer Panait Istrati, when visiting the 1930s USSR of purges and show trials. “All right, I can see the broken eggs. Now, where is this omelette of yours?”' 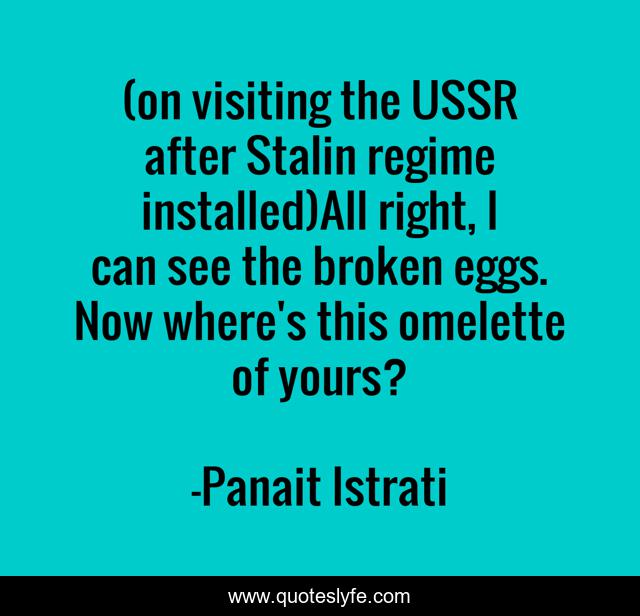 So here we are, 20 days to go with no Norway, no soft Brexit and no hard Brexit either, just interminably depressing rounds of sham-brinksmanship, more 'crunch-times' than lorry full of Frosties and the shadow of no deal looming ever larger.

In an unnerving repeat of referendum night, currency speculators are gathering to see what money can be made from a calamitous drop in the Pound Sterling that would be the inevitable result of a no-deal. In another parallel, civil servants are reportedly preparing a Johnsonian 'two narratives' to spin the positives of 'thin deal' and 'no deal'. This Government has painted itself into a corner where its options are to lose face or to lose big. As I write this, Johnson is threatening to pursue a no deal that tanks the economy, the Pound and the job market but appeases Brextremists over a thin deal that saves some jobs but appeases no one.

When our allies despair and our enemies rejoice, what possible conclusion can be drawn from all this?