As local regional and Mayoral elections kick off throughout the UK, we at Renew are entering a period of high-intensity campaigning. We have been here before and there is an extraordinary feeling of energy and activity. It feels a lot like putting on a play, with all of the colour, the improvisation, the speeches, the tantrums, the pressure, the rivalry, the outfits and the sense that, although you are always on the precipice of total calamity, it will probably be alright on the night.

The first, and most nervy hurdle has been, well, hurdled; the extraordinary job of getting on the ballot in the first place. In the case of London, this journey began back in February 2020, when we needed to collect 330 nomination signatures, ten from each of London's 33 boroughs. In a fairly frantic two weeks, a team of Renewers boldly went - from Havering to Hillingdon, Barnet to Bexley, to beg, borrow, plead, cajole and stubbornly insist upon signatures from friends, family, colleagues and 'the kindness of strangers'.

In the scarcely inhabited mini borough of City of London, we got our ten by, essentially, bar-hopping; going from pub to cafe entreating the day-drinkers and all-day breakfast connoisseurs for nominations. In Southwark we spent an afternoon in the now-defunct Elephant & Castle shopping centre talking to the stallholders, and in our birthplace of Wandsworth the Chairman set about haranguing his long-suffering neighbours for their signatures. Then, at the moment we hit the cusp of the magic 330... the election was postponed. Such are the slings and arrows of outrageous election campaigns.

Later that year we faced the challenge of getting on the ballot for Holyrood, with Renew Scotland's indomitable Heather Astbury recruiting a formidable team to take on the SNP et al in the highly anticipated elections north of the border. A policy platform was built, a website created, a video channel launched and a new chapter of Renew history written. The job of finding high calibre candidates was not easy, but following Renew's tradition of cooperation, the Scotland team entered into an electoral pact with Volt Scotland (part of the pan-European Volt Europa) and took on 2 new Volt members as candidates for Renew. 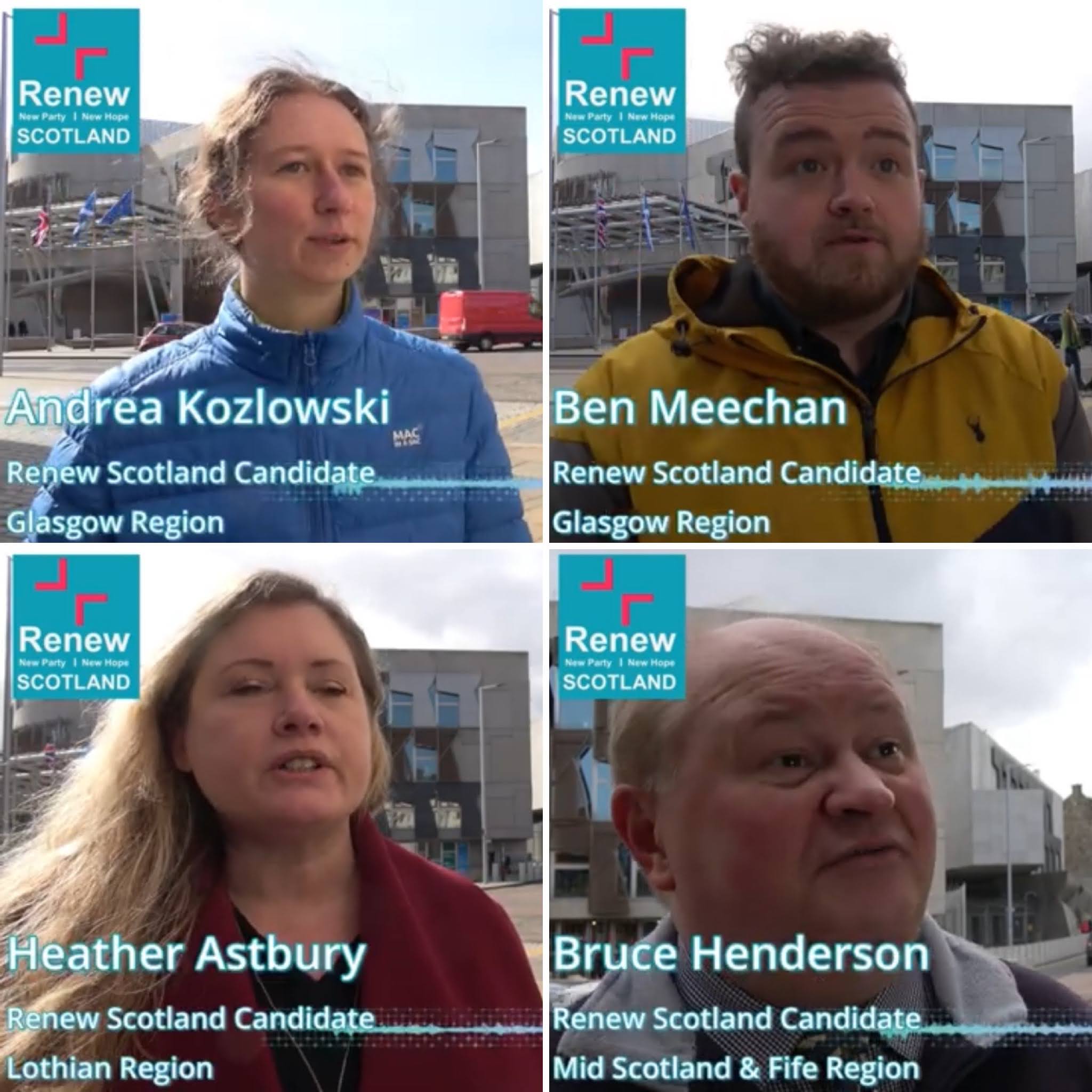 As is the case in England and Wales, the media does us no favours in Scotland, with the vast majority of reporting being focused on the thorny topic of independence, but with a modest budget and a good deal of media-savvy, the team is establishing a presence and an awareness of Renew in the lead up to May 6th.

As an aside, and in what is becoming an increasing annoyance, both The Reclaim Party and Reform UK are also standing in Scotland and, as in London, online comments are proving that not a small number of voters are confusing us with them. We shall be very glad when both parties disband, which I assume will be sooner rather than later, given their respective track records and the shady characters involved.

If anyone is in any doubt about how hard we have to battle to make our case, Renew's Peter Morton, who uses a wheelchair, was excluded from the Disabled People's Question Time, despite being the only disabled candidate in the region. The event is organised by, wait for it, 'Inclusion Scotland'. You really couldn't make it up. Once again an organisation is erecting unnecessary barriers to democratic entry by only allowing parties with sitting officials to participate. Renew Scotland's rallying cry is now - ‘Don’t let the media decide who you vote for!’.

Back in London we have the same issue, so we have decided to overcome it, (as we did in Newport West) by simply organising our own hustings and inviting our rivals to join us. The London Challenger Hustings is taking place next Thursday evening and will be live-streamed across various channels, although, happily we have managed to convince the BBC and other news outlets to send reporters and cover the event.

Convincing the candidates to attend a free publicity event, however, is never as easy as it ought to be. In Newport, three of the major parties turned their noses up at the chance to address the electorate at our event at the Pill Community Centre. In London, at the time of writing, and without naming names, at least two of the high profile Covid-sceptic candidates appear to feel they are above attending, but, again happily, we have secured confirmations from 5-6 of the more serious (less nutty) challenger candidates from a field that, remember, includes Piers Corbyn, Count Binface and a UKIP-er called 'Gammons'. Other than that, the campaign is going well with Kam visiting all 33 boroughs, making numerous videos, meeting people from all walks of life, spending the night with the homeless and raising a good deal of campaign funding through crowdfunder and other channels. 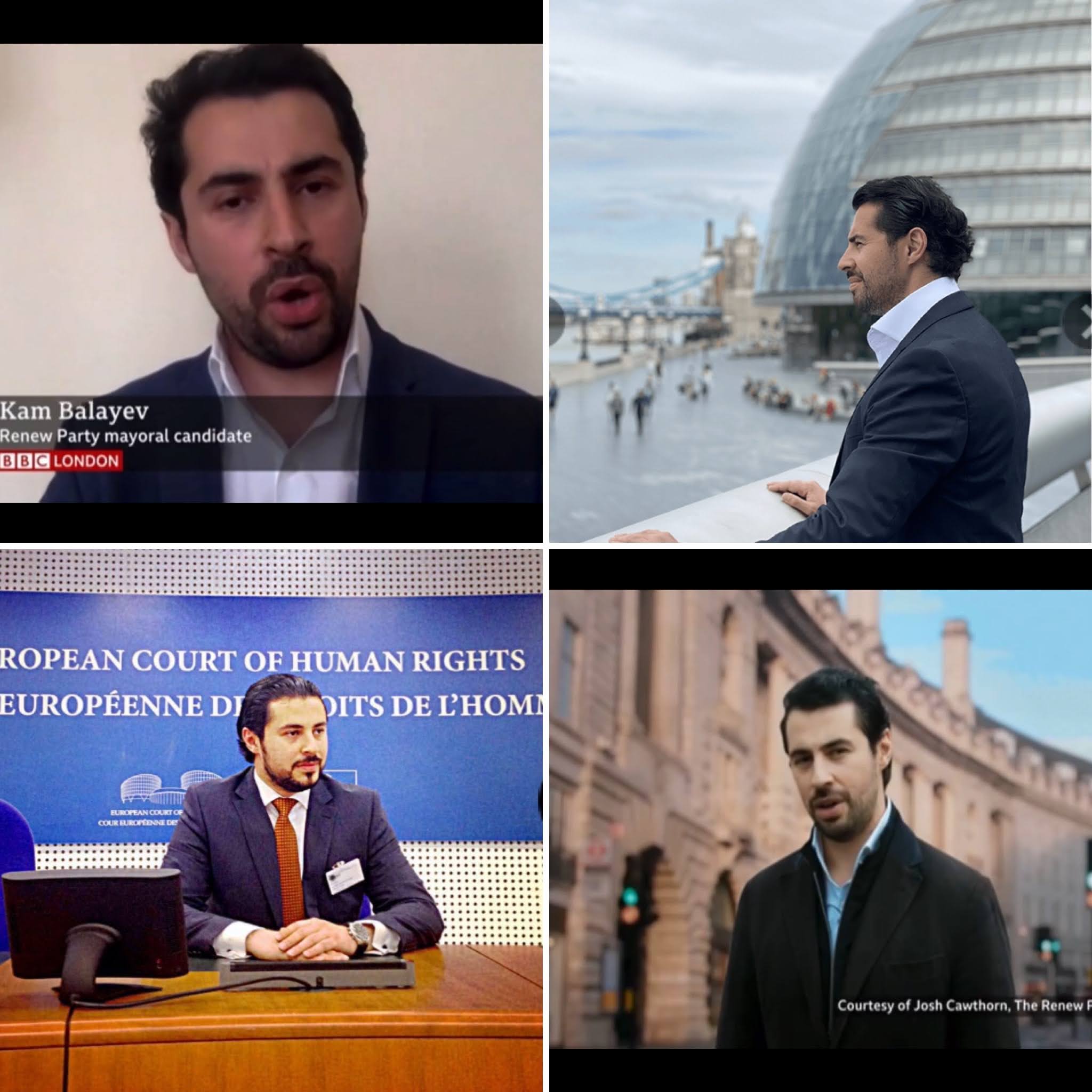 We are in for an eventful few weeks leading up to May 6th and, as our Chairman points out, it is in these situations that we really learn our trade. The conduct of electoral politics is extremely complicated and demanding and there are skills to be learned that literally cannot be picked up in any other environment. There are no short-cuts to credible grassroots campaigning. As we have discovered, in face-to-face interactions people are often encouraging, inspiring even, and it's important to remember that when you see some of the comments made online, which, let's face it, are often abominable. In my first campaign, a complete stranger took the effort to send me the charmingly cryptic message, 'I will cut you when we go to war'. I'm certain that the voters of Scotland and London will not disappoint in this regard. 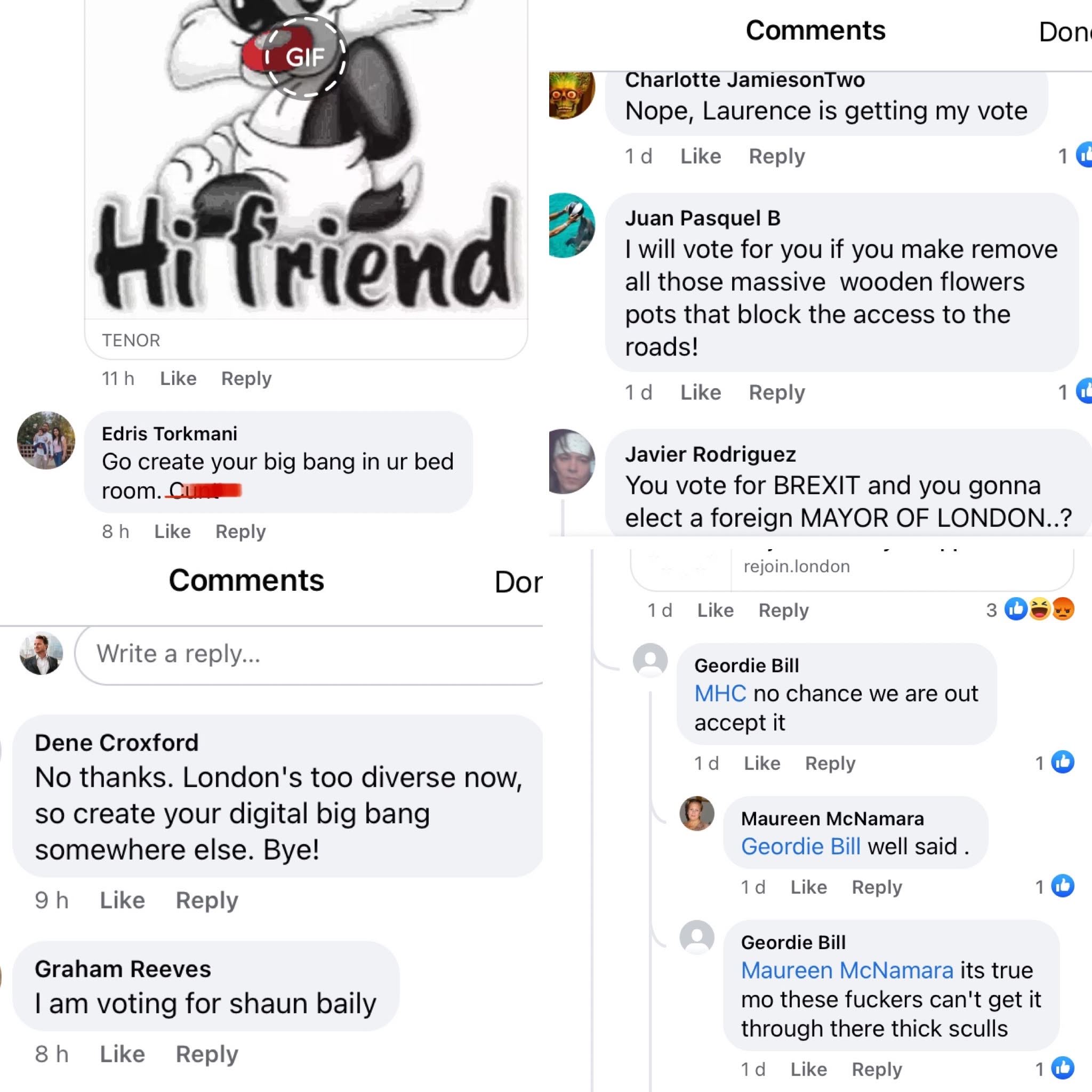 The joys of online campaigning

So please, if you can do anything to help raise the profile of our campaigns in the coming weeks, get in touch. We need all the help you can offer.
It's time for something new.