On the day that UK deaths officially attributed to COVID-19 surpassed those of Italy, the Daily Telegraph opted to splash the news that the Government's highest-profile SAGE member, Professor Neil Ferguson had broken lockdown guidelines by meeting his lover. The timing of the article by the PM's erstwhile employers was extremely fortunate for the government since the incidents had taken place 28 and 37 days earlier.

The Daily Mail, Sun and Metro duly followed, piling on details with a prurient fervour that makes you wonder if they are not yet aware of the PM's own personal escapades in recent months and decades.

The Ferguson scandal immediately brought to mind the shameful episode around Kim Darroch, our former Ambassador to the US, whose secret diplomatic cables describing the chaotic nature of the Trump administration were leaked to a Brexit Party employee and published in the Mail on Sunday. At the time, Johnson (who was campaigning for the Conservative leadership) declined to back our man, who was subsequently forced to resign. The UK capitulated to the US in a scene so nationally cringeworthy, it might as well have been from a parallel universe where Love Actually was scripted by Donald Trump. 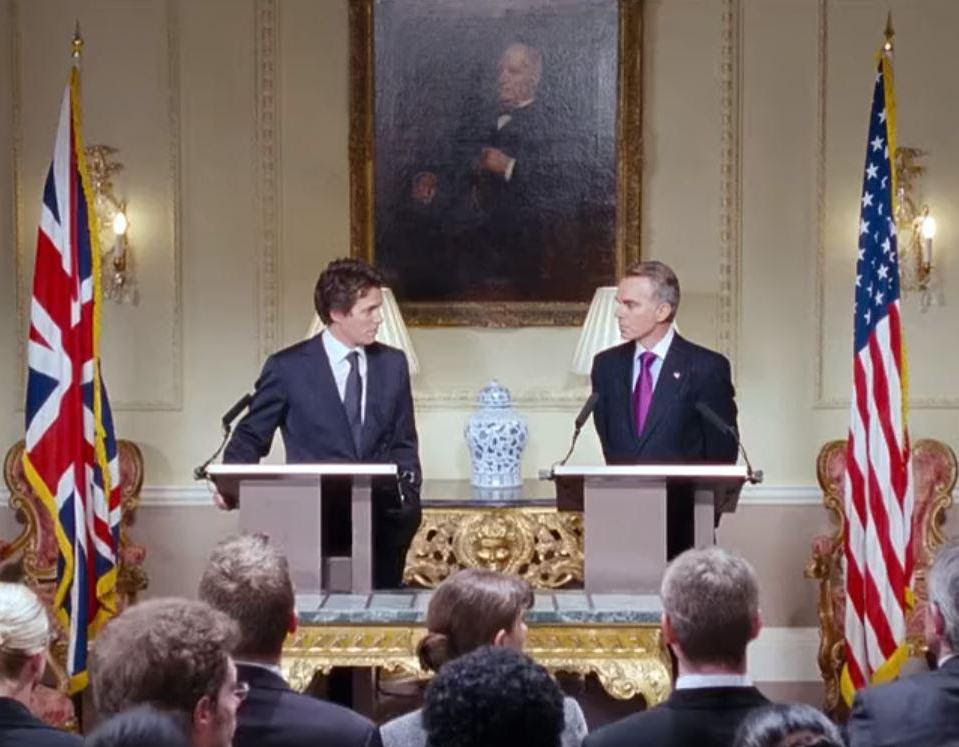 Ferguson joins Darroch in a growing group of professionals sacrificed in the pursuit of ideological purity: of Brexit, of the Conservative leadership, or of winning the election to rule them all.

As we have seen, this is very much a leadership that values PR and messaging. The battle taking place in the NHS to save lives is diametrically opposed to the battle taking place in No.10, which is to protect Johnson's reputation and that of his Government. Each new failure, each embarrassment and each humiliation becomes a fresh arena for spin, for obfuscation and for scapegoating. The playbook remains identical to the one employed by Cummings et al. in the Vote Leave campaign and all the real and confected drama that has come since.

For those of us who hope the PM can be held to account, there was a glimmer of light in Keir Starmer's early performances at the dispatch box, his lawyerly precision and attention to detail contrasting dramatically with his predecessor's purblind, impotent indignation. PMQ's may be worth watching again; watch this space.

In Renew news, we have been continuing our programme of stakeholder consultation, which has raised some extremely interesting potential paths of travel, particularly around the topic of engaging with independent candidates (past and potential) throughout the country and at all levels of public office. Many of our own people have experience standing as independents and succeeding in attaining office, which presents us with an opportunity to grow beyond our existing membership and appeal more broadly to the growing constituency of those who believe that something new is needed.

More on that soon. In the meantime, stay alert, stay positive, stay safe and stay in touch.

Check out the Renew Skills Exchange page! This is a space for Renewers to exchange skills, whether you want to learn guitar or you need a life coach, you can find it here.

If you want to take someone up on their skill, contact us, and we can put you in touch with them.

Your weekly update on all things Renew, hosted by Renew HQ and our members! Get to know our Renewers and ask us your burning questions. If you want to host one of these events, or you have any questions, email David.

Catch-up on any you've missed on our Facebook page.

Every week we host an informal, open Zoom chat in order to check-in and catch-up with our supporters. Next week Dan James is hosting one of his infamous Zoom quizzes. For the meeting ID and password, make sure to check our Twitter and Facebook pages.

Are our events at a bad time for you? Let us know when is best!

Members, as usual, have exclusive access to the full Digital Democracy platform.