Rishi Sunak's much anticipated budget was revealed on Wednesday and was very much a mixed bag. The vast spending increases were expected and will likely play a major part in the essential work of getting the economy back on its feet after the biggest drop in economic activity since 1706.

The UK economy has shrunk faster than that of any comparable country, alongside a higher death-toll from Covid-19, added to the negative effects on jobs and income resulting from the new trade deal with Europe. The scaled increase in Corporation Tax for smaller businesses was welcome, as was the lengthening of furlough and other support for businesses and workers. On the downside there was nothing for social care or the NHS and the freeze on income tax thresholds will affect ordinary people negatively across the board. Further, the Buy Now, Pay Later approach appears to be a political calculation, with tax rises not hitting the electorate until after the likely date of the next General Election, with many now betting on a pre-2024 vote.

The 'levelling-up' agenda is also wildly skewed with localised support going to 45 Town Funds, a breathtaking 40 of which are Tory constituencies. Whilst Sunak was anxious to deny this, a video from 2019 shows Robert Jenrick already boasting about £25m he claimed to have secured from the Treasury. 'Pork-barrel' politics is something long associated with the US, but like many unwelcome trends, the UK appears to be either powerless to resist them or actively welcomes them.

The news of UK businesses suffering under the new EU trade deal has not let up, with UK manufacturing, fisheries, farmers, financial services, musicians and performers all speaking out about the inadequacy of the new arrangements and the impending impact on jobs and the national interest. We at Renew have been talking to affected businesses and the first 3 interviews of our new series can be found on our YouTube channel, with more in the pipeline. It's becoming clear that without the restoration of frictionless trade and free movement, entire industries are at risk, plus the careers of millions of people, particularly the young, who find themselves at a competitive disadvantage to their counterparts in the EU 27.

The Government response to this growing flood of bad news has been telling. Last week a number of paid advertorials appeared in the mainstream press, making outlandish claims about the successes of post-Brexit businesses. Only a few weeks ago papers like the Times and the Daily Mail did not need paying to print pro-Brexit news, now it appears that, in the face of overwhelming evidence, the tide might be turning. 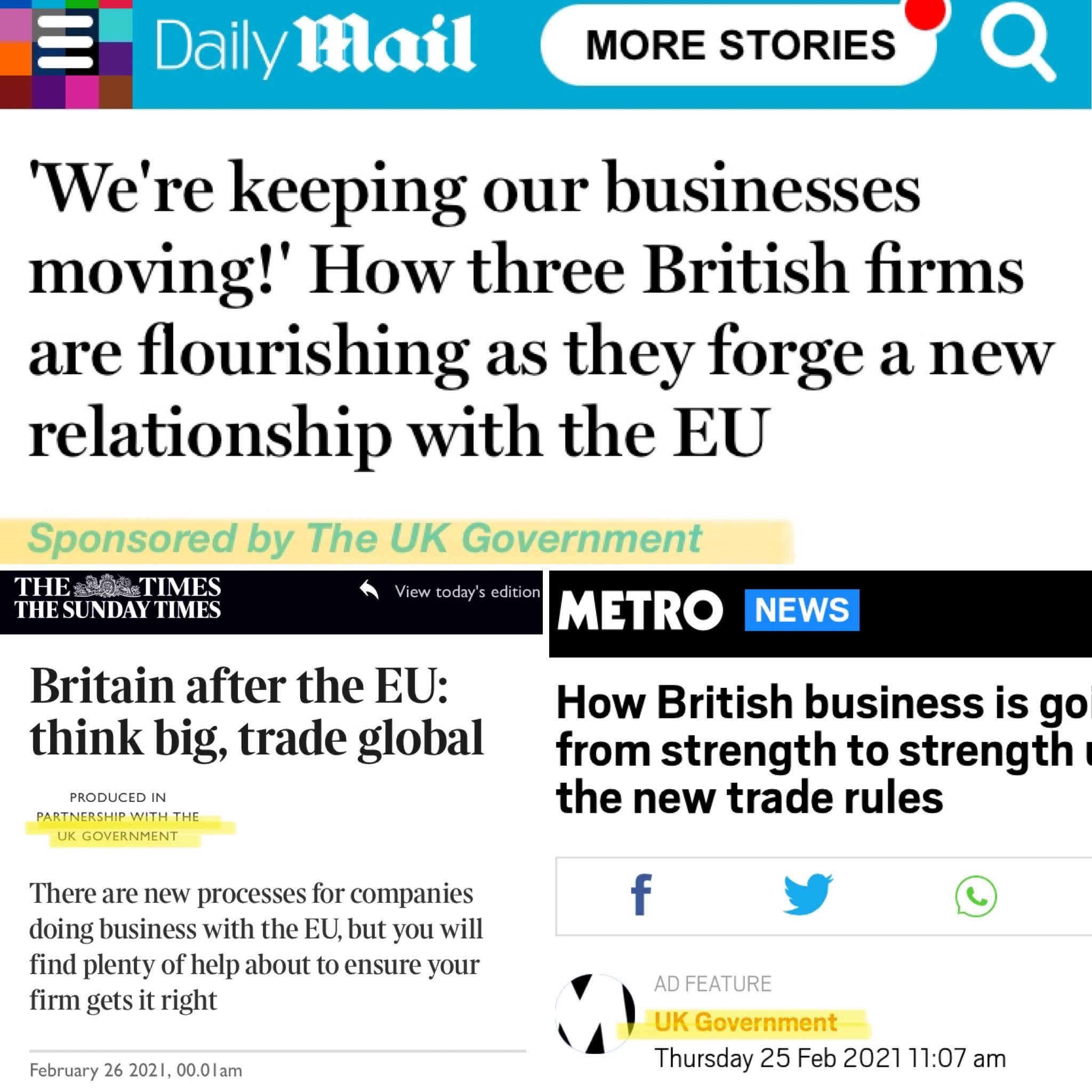 The last 4 years have been so tumultuous that it's often hard to take stock of where we've been, where we've come and where we are now, which is an unrecognisable place from the UK of just 5 years ago. It is in this context that we have to see Renew and our potential to make an impact in the coming years and especially at the next General Election, which may come sooner than we expect. In spite of the result of the 2019 election, it's becoming clearer that the old party loyalties have weakened dramatically and the opportunity to harness the dissatisfaction with status quo politics is there for the taking. Our work in fighting elections, recruiting spokespeople, coordinators, candidates and volunteers continues apace.

It's time to buy into the idea of real change for the UK, because if we don't buy now, we are are going to pay later.