This week, Foreign Secretary Dominic Raab surprised no one by stonewalling the House of Commons Foreign Affairs Committee. When asked eleven times to settle the speculation about the dates of his holiday to Crete (which irritatingly clashed with the fall of Kabul), he repeatedly refused "to add to the speculation", thereby further adding speculation. It was a situation Kafka might have enjoyed in his lighter moments. In terms of shameless effrontery, it's not up there with Johnson's peerless, "I consider the matter closed", but then Raab is not nearly as smart as his boss and has little of the panache required to compose a belter like that, let alone carry it off live on TV. And this really is much of the problem with Johnson's cabinet of the willing, but unable. Whilst none (bar Sunak) have the talent or ability to challenge or outshine the boss, (which is a plus for Johnson), for the very same reasons, none have the talent or ability to run a proper government department in a real country, without making it all look like an am-dram version of The Thick of It (which is a minus for the rest of us).

It is becoming increasingly difficult to write about this government without repeating the same themes and patterns every week (apologies for that). Even Raab's claim that the Taliban's steady and horribly deadly 1500 mile advance on Kabul 'could not be seen coming' echoes Johnson's claim that Covid's steady and horribly deadly advance on the UK could not be seen coming.

When elected officials reject the concept of accountability or transparency, democracy becomes electocracy, a system whereby, once officials are elected, they consider their obligation to the electorate fulfilled and feel themselves unburdened by rules, standards, or oversight.

When we talk about building a new kind of political party in order to conduct a new kind of politics, this is precisely the type of issue we mean to address. When we talk about participation, it doesn't just mean getting new people into politics, in order to stand for office (although it certainly does include that), it means getting people engaged in grassroots activity at all levels, and especially the local and regional. It is no coincidence that the most admired characters in our civic life tend to be local campaigners and quietly selfless community and charity workers, rather than the elected officials who bestride the national stage. Even amongst national politicians, the most revered tend to be those that are independent-minded, unafraid to speak their mind, and prepared to rebel against the party line on matters of principle.

The classic case to illustrate this is, of course, Martin Bell's principled victory in Tatton in the 1997 election against Tory sleaze candidate (and future UKIPer) Neil Hamilton. This does not happen nearly often enough in the UK, but there are encouraging echoes here and there. You may have heard of Claire Wright, a Devon County Councillor and Independent who has come impressively close to unseating the Conservatives in the last three general elections, with a combination of tenacity, a focus on core issues and a manifesto born of a local survey.

One can also look to the examples of former MPs, such as Heidi Allen, Dominic Grieve, David Gauke, Phillip Lee, Rory Stewart, Sam Gyimah and Luciana Berger, all of whom made career sacrifices when their respective parties lost their marbles. 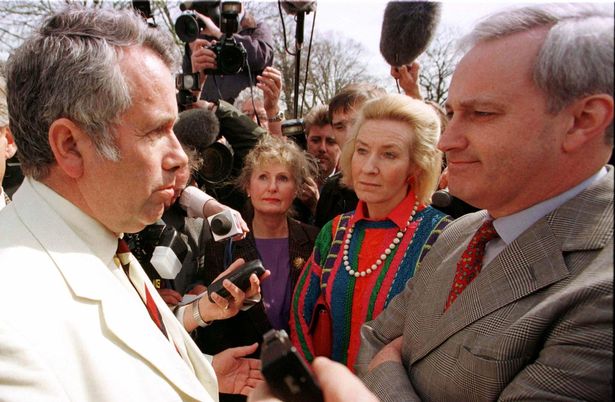 It tolls for thee, Neil Hamilton..

It will not have escaped your notice that, with the one exception, the UK's brutal electoral system was not kind to these candidates, but, in fact, that is the point. A system that rewards loyalty over integrity (or ability) is a failing system, and failing systems are always ripening for change. It is true that our system in the UK is particularly resilient in this instance, but even the House of Commons cannot defy gravity forever, the ongoing building work to shore up its foundations a ridiculously apposite analogy for the state of its operations and current inhabitants.

As Renew evolves, one of our key challenges will be seeking to harness the skill and the passion of independent-minded people who care about their towns, their villages, their schools, hospitals, libraries, and their environment, by bringing them into a new kind of political organisation that supports candidates and provides the platform for political action, but does not prescribe every aspect of policy and does not demand total adherence to a controlling yet capricious party whip. If candidates were able to campaign on local issues, unencumbered by the paraphernalia, accoutrements, and baggage of a traditional party structure, might that not lead to a better calibre of candidate and a more honest politics? Might this approach provide an antidote to politics-as-usual and give permission to voters to engage in politics without subscribing to broad (and much tainted) habits of tribal loyalty? Could it provide the scope to talk about politics in a modernising way, employing decentralised networks, harnessing untapped political capital, operating as a dynamic start-up type of organisation that literally disregards the rulebook? Since our party was born from the candidacies of 4 independent candidates in the 2017 General Election, embracing Independents has always been part of the DNA of Renew.

Our system is overdue for a major overhaul and we as Renew need to play our part in facilitating that change in any and every way we can.