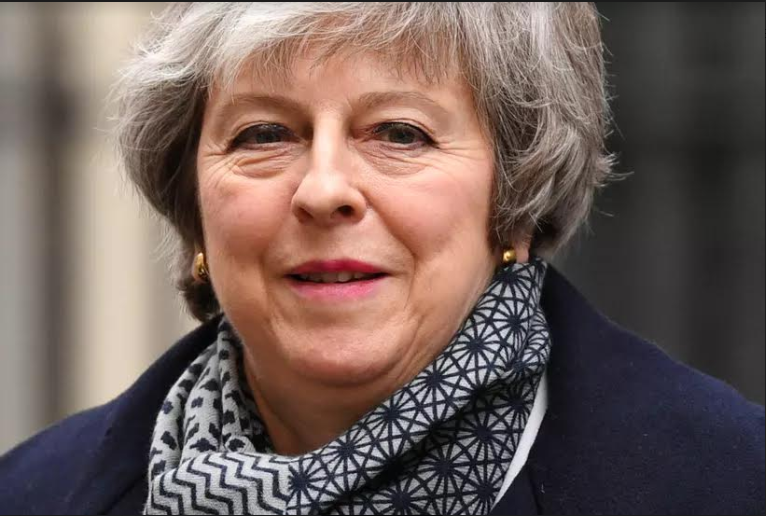 This Week’s Brexit Debrief: Where to Next?

Just 17 days to Brexit…or maybe a bit longer, you never can tell.

It’s a pretty big week, as far as weeks go - there’s a lot going down in Brexit town. Mrs May suffered yet another landslide defeat in the Commons last night, as her worn-out Brexit deal was voted down by 391 votes to 242.

Still, it’s not as though it came as much of a surprise; sources have been calling it ‘historic’, but by now it’s pretty much just standard procedure. The last nail was hammered into the coffin after Geoffrey Cox, the PM’s Attorney General, warned that the legal risks of the agreement remained ‘unchanged’, despite May’s promises of ‘legally binding’ changes to the backstop.

It clearly hasn’t escaped MPs that even by her somewhat flexible standards of truth telling, May’s talk of 11th-hour concessions is a load of hot air. Well, if there’s anything May’s premiership will be remembered for, it’s losing.

First of all, there are murmurs that the PM’s departure from Downing Street may come sooner rather than later. A source told the Telegraph that May’s cabinet support has all but evaporated, with only two ministers standing firm in their loyalty. Likely suspects are Chris Grayling and Karen Bradley, seeing as it’s hard to imagine them hanging on to the job once May’s time in office is over. According to the source, “Everyone else has lost faith in her ability to lead.” Frankly it’s a wonder it’s taken them so long.

Former Tory Minister Nicky Morgan has argued previously that a second defeat should be the queue for May to be shown the door. She’s got a point, given that her entire Brexit strategy has now been annihilated beyond hope of resuscitation. But given May’s track record (say what you like, but she’s got staying power) it seems unlikely she’ll back down, at least if she can help it.

Before all that, though, all eyes are on tonight’s main event - a chance for MPs to vote in support or opposition to no-deal. The PM has chosen not to whip the vote, which perhaps is unsurprising given her tendency to put party above politics. Until now, keeping no-deal on the table has been a central part of the government’s negotiating strategy, but whipping MPs in support of no-deal would’ve lead to a tidal wave of resignations that the PM neither wants nor can afford. A refusal to whip at all is confirmation that May is unable to stand up to either wing of her party, a mark of a government that has lost control.

Tomorrow, the week’s voting slew will be concluded with a decision on whether to extend Article 50. MPs are likely to back the motion, with many viewing it as an opportunity to secure a softer Brexit further down the line. Theresa May is unlikely to be opposed to this either - after all, she’s proved partial to a good bit of can-kicking on more than one occasion in the past.

But about that extension. Word from Brussels is that the EU27 are hardening against the idea. Until a few weeks ago, it looked likely that Europe would be willing to grant us an extension of at least three months, should we be polite enough to ask.

With EU parliamentary elections approaching in May and opposition among member states to the UK’s participation, the tone has now changed. A source tells the Telegraph; “Anything more than a few weeks will come with legal and financial conditions attached.”

Of course, the opportunity remains for the Prime Minister to arrange a third ‘meaningful’ vote in a few weeks, giving her one last opportunity to win over Brussels while using the clock to sway panicky MPs into voting for her deal at the very last moment. There are some in Downing Street who reckon the EU is withholding its final concessions until after the European Council summit on the 21st March, just eight days before B-day. Even by May’s standards, this is cutting it a little fine.

According to Politico’s Jacopo Barigazzi, anyone expecting May to pull out a Greece-style negotiation a la 2015 is setting themselves up for disappointment. Unlike Greece, the UK is not trying to remain a member of the EU; it’s trying to leave it. The EU will not prioritise a wannabe third country over a lasting member, Ireland.

With this in mind, if an extension isn’t granted, we are once again staring down the barrel of a no-deal. This week is an important one - if things go wrong, we could be faced with economic stagnation, job losses and fresh food shortages.

Ah well - maybe Jeremy Corbyn will volunteer to grow some in his allotment...