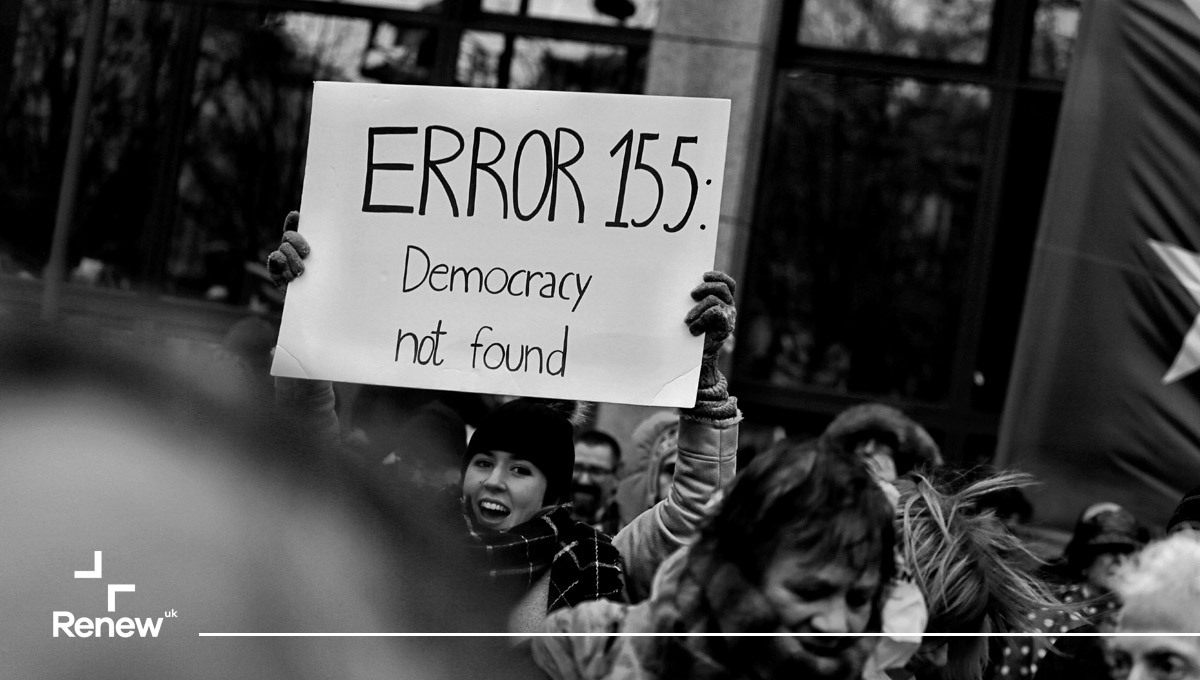 How Brexit Has Broken British Politics

Brexit has brought politics in the UK to a grinding halt. This is no coincidence -  the fundamental flaws that exist within our system mean that really, it was only a matter of time.

In perhaps an irregular pearl of wisdom, renowned ex-Tory Anne Widdicome made the following statement whilst speaking on BBC Newsnight.

‘We have the worst Prime Minister since Anthony Eden, the worst leader of the opposition in the entire history of the Labour party, and the worst Parliament since Oliver Cromwell’.

As brusque as they are forthright, the words are a stark representation of popular opinion. Venture out onto the streets of Britain and you’d struggle to find a single soul who still believes that our political system is anything other than a failure.

With just days to go until our second attempt at Brexit day, chaos has become normality, and Parliament’s inability to decide on a way forward has plunged the country into a biting constitutional crisis.

From the outside looking in, our current parliament appears intrinsically unfit for purpose. But make no mistake – the situation in which we now find ourselves is the product of a handful of untimely elements which, when combined, have resulted in this most perfect of storms.

Whilst the country remains heavily divided over Brexit, millions still undeniably want to Leave the EU. By now, many of them have been convinced that a no-deal is the best option, despite what was promised by the original Leave campaign. In any representative democracy, MPs have a duty to be responsive to the demands of their constituents. While the role this actually plays in their decision making is tenuous, the majority of MPs at least want to be seen as having loyalty to the folks back home.

After all, an MP has it pretty good; it’s hardly surprising that most are unwilling to risk the good wages, hefty pension and subsidised cafeteria that go along with the position. This generally means avoiding actions that will upset their constituents and result in them losing their seats.

An MP’s loyalties are also inextricably tied up with their party. This introduces the first in a web of complexities for MPs in deciding how to act. More often than not, MPs owe their position in office to their respective parties and in return for their election they are generally expected to toe the party line.

Conservative MPs in particular must factor in an additional loyalty – to their 2017 manifesto. The latest Tory manifesto commits the party to leaving the EU. It even explicitly states that no-deal is preferable to a ‘bad deal’, whatever that looks like. Of course, it’s possible to argue that there is no mandate for enacting manifesto promises given the Conservative’s failure to win a majority at the last election - though this is but an argument.

In a well-informed democracy, there should be no conflict between these commitments. The interests of citizens, businesses, party and nation should all be in alignment, with MPs able to take the whip and get on with the urgent business of looking important. All well and good, save for the fact that the Brexit decision was anything but well-informed.

A non-negligible number of representatives are now grappling with the pressure to back a no-deal when they most likely wouldn’t have otherwise. As well as being answerable to their constituents’ immediate demands, MPs are also bound by a duty to govern in the public interest. Once again, if the electorate is well-informed, there should be no friction between the two. But in today’s chaotic situation, this just simply isn’t the case. Take the example of an MP in a post-industrial Leave-voting area, faced with the choice between abiding by their constituents demands – to Leave the EU, potentially without a deal - and avoiding a scenario that they know (or at least believe) would have crippling repercussions for the region.

Let’s be generous and assume that the majority of MPs are genuinely trying to do the right thing. What’s one to do when faced with a dilemma of this kind? The most obvious place to look first is the party leadership. Here lies the crux of the current predicament; the nation’s two major parties are both simultaneously in crisis.

The Prime Minister has lost control of her fractured party, which, in spite of her most desperate rescue efforts, has split almost entirely down the middle. The anti-European minority is both large and vocal and has the backing of major donors and the media. Her approach has been to seek a compromise which, in an attempt to appease both warring factions, has failed to provide a version of Brexit that satisfies anybody. MPs, meanwhile, have been whipped against supporting any other option.

Labour is also split, though nowhere near so critically. It should be easy for Labour MPs to vote with their party; but Labour faces another obstruction. Corbyn’s renowned Euroscepticism has meant he has failed to provide decisive leadership, particularly to pro-remain MPs. The leadership of both parties is unusual – in their inability to govern and in their political convictions. Their combined leadership is as unfortunate and it is unprecedented. Circumstances would likely be different, were either of the more typical creed.

Perhaps most importantly is the responsibility of the corruption and recklessness of the media in bringing about the Brexit shambles. Free press is indisputably essential to the health of a democracy, and it is the responsibility of news outlets to hold politicians to account and champion the interests of the people. The reality is starkly different –media companies spread fear, disinformation, and engage in illegal activity and politicians cower in fear. Even when the phone hacking scandal emerged, there was no major reform of how our national media is run.

Brexit and its aftermath are undoubtedly a product of some very unfortunate timings. Despite this, though, there is something that feels somewhat inevitable about our current circumstances. While the situation today may not be typical, the knowledge that our system is even capable of producing such an outcome should be enough to get us thinking about how things could be done differently. Let Brexit be a lesson; radical reform of our politics is long overdue.