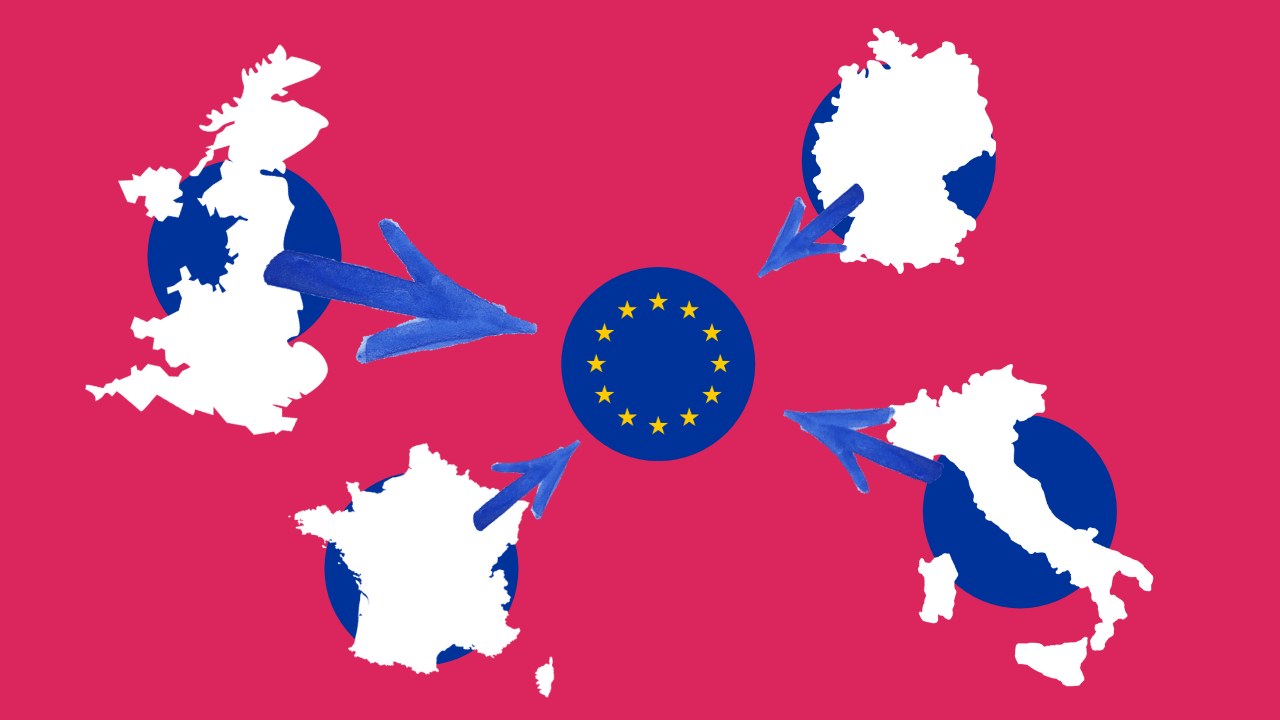 Brexit: Destruction of a Romance

Many of the criticisms of Brexit are grounded in law, regulation and economics. Through this narrative, it is easy to forget the beauty and artistic loss that Brexit also leads to - the loss of wider human interaction.

Wrapped up in the essence of this reckless and regressive move is the destruction of free movement of people and goods within the EU. This binding principle of free movement led to many romantic stories defying borders. It gave us the ability to explore new parts of the world with amazing pieces of art, pieces of history and pieces of beauty - finding the beauty in the intricacies of another country so close to your own.

These notions are encapsulated for me in a story that I was told many times during my childhood. This story was about the day my grandad, Miguel, met and fell in love with my grandma, Georgina. This story framed my view of love and thus helped shape the person I am today.

Georgina, my grandma - a young woman from Cumbria with little knowledge of the significance that that day’s train ride. Miguel, my grandad - a young man exploring Britain from Andalusia, Spain.

It was Georgina’s smile that caught his eye that day; he found himself staring a little too long and wondering a little more than usual about who she was, marvelling at her effortless confidence. This is why, when Georgina dropped her handkerchief on the way onto her train, Miguel picked up her handkerchief and ran after her. Despite this instinctive, quick decision, he was stuck in a country he did not know, and on a train he did not know the destination of. This is what led him to sit and speak with Georgina.

They spent hours talking and on this day exchanged addresses. They continued to write letters to each other and met up as often as they could. This made for a beautiful marriage and the birth of their 4 children: Georgina, Czarina, Paul and my mother- Marina. They lived between Spain and Britain for the first years of their relationship but eventually moved to the UK for the majority of their time as their children grew older. My grandad moved to the UK not for economic gain, but for the love of his life.

Had this happened in the age of Brexit, we can imagine the story being a little different. With the struggles of crossing borders, problems with Brits moving to EU countries and vice versa. Additionally, the exclusion and inability of foreign people to talk to a Brit due to the negative rhetoric perpetuating a false and harmful image of the ‘others’, the ‘outsiders’ – the non-Brits. Their story would have been rendered futile before the simple drop of a handkerchief.

Had Brexit happened 30 years ago, this story may not have played such a big role in my understanding of the love between my grandparents, since when my mum was in her late teens my grandma died of breast cancer. Therefore, if my grandad had been made to leave the country, he wouldn’t have been around to tell me these stories of their love and their lives together.

With Brexit, we don’t just lose economically but also lose out on the mixing of culture, language, arts, knowledge and love.