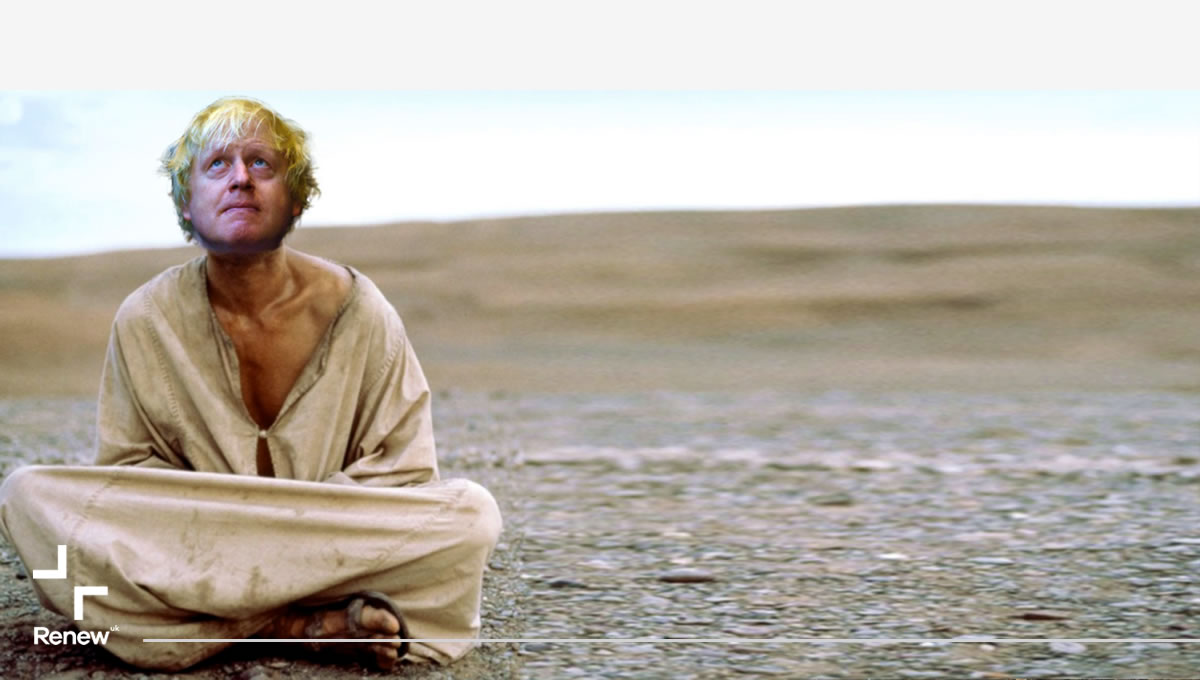 Boris Bashes the Bible - And We’re All Poorer For It

“Extend the implementation period to the end of 2021 if necessary; use it to negotiate a free-trade deal; pay the fee; but come out of the EU now – without the backstop. It is time for the PM to channel the spirit of Moses in Exodus, and say to Pharaoh in Brussels – LET MY PEOPLE GO.”

Boris Johnson wants us to go back to biblical times. Here Renew Leader Annabel Mullin suggests why that might not be such a great idea...

Among the various noises coming out of the House of Commons this week, from the anger of those realising that Parliament is sovereign to the hope that we might at last find some collective will on Brexit, was the sublimely ridiculous from Boris Johnson.

After he encouraged Theresa May to channel Moses in his weekly Telegraph column, I wondered how Johnson hadn’t understood what that meant - namely 40 years wandering in the desert. I suppose it’s better than Jacob Rees-Mogg’s vision of 100 years to reap the ‘rewards’ of Brexit.

What we learnt from this piece is that Boris appears to see the British people as God's chosen ones and has no issue with comparing the EU27 to a country full of locusts, boils, and where every firstborn needs to be killed.

I think we can safely say that he has moved on from lies about bendy bananas.

You’d think there are many better ideas from the Bible, like turning the other cheek and coming together as one, that we could channel if we were looking for a resolution to the intractable Brexit issue. Neither of those require decades wandering aimlessly in a desert without the safety and security of a stable home.

And that is the ultimate goal. The biggest shout from the referendum (we know because we asked) was a demand for the failures of local and national government to be heard. People want a renewed vision for the future and an end to the fear of not having a stable home or job, of a failing and chaotic NHS, of a lack of competent planning for education and of climate change. Ultimately, people want the political class to actually wake up and start to tackle the challenges that we face.

Boris proposes forty years in the desert, but that won’t provide the answers that we need for our country to prosper.