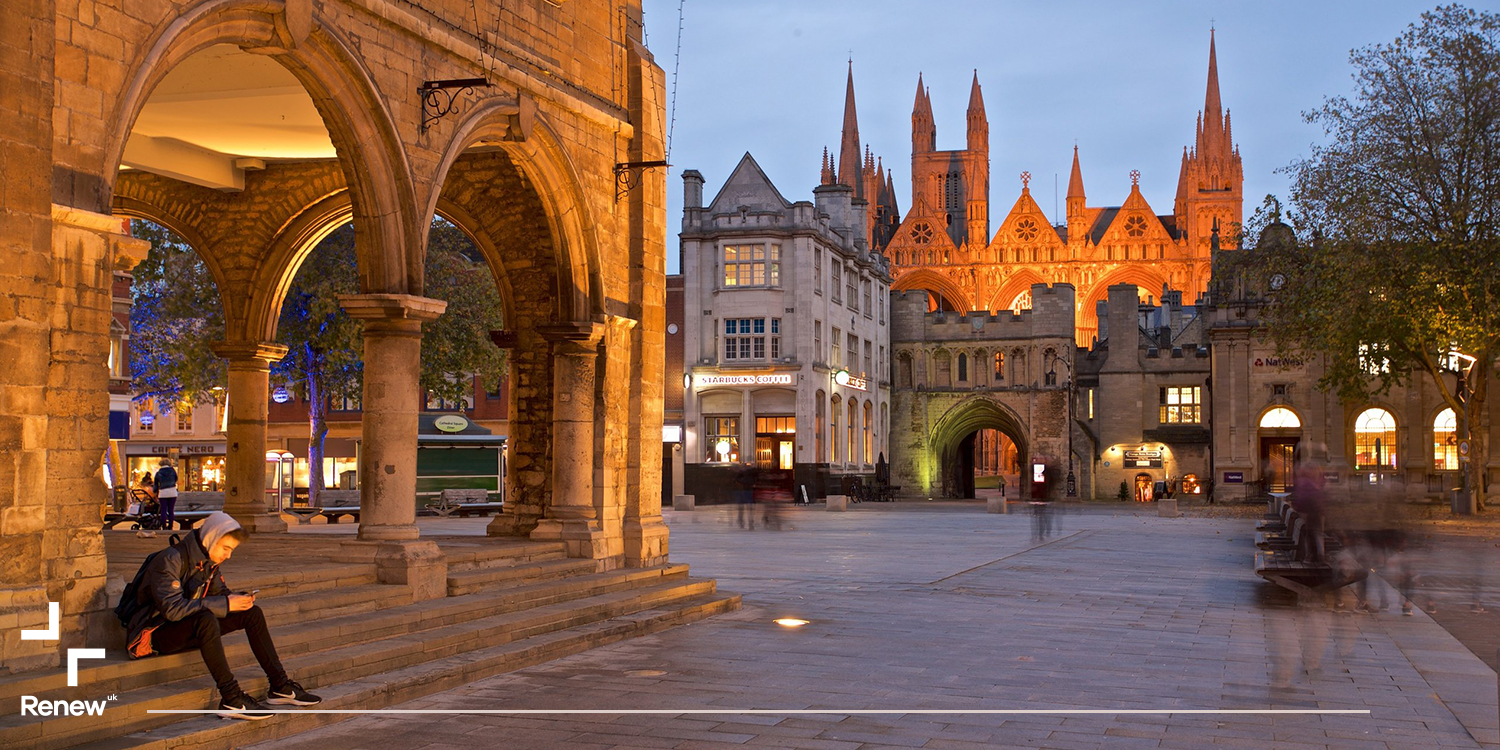 The Battle of Peterborough

Peterborough is the stage for an all-out political fight. James Clarke takes a tongue-in-cheek look at the campaign over the weekend.

It was 10:21am on a sunny Saturday in Cathedral Square, Peterborough, when the confrontation began.

The charge was led by half a dozen turbo-charged mobility scooters, pimped out in party flags and aggressively driven by a guerilla force of extremely motivated individuals who clearly meant business. They were backed up by a large, somewhat slower-moving but ambulatory group of equally fair-skinned and mature warriors (or ‘white-walkers’ for brevity). It was an intriguing match-up of the UK’s newest two political forces; Renew’s ‘happy few’, bright eyed and carrying messages of reform and renewal versus The Brexit Party, with their stubborn, curmudgeonly determination and vast (cumulative) centuries of bitter experience.

“Thanks for splitting the vote!”, called out one venerable gentleman.

Luckily for the good people of Peterborough, the riot police were not required, milkshakes were kept sheathed and the Werthers Originals remained unspat. Renew lives on to fight another day and the Brexiters went off for a nice cup of tea and a sit down.

Much has been made of the emergence of the Brexit Party and what it means for the future of UK politics. There are two ways of thinking about this. One is that their existence heralds a new era of nationalism, populism and even some new form of British fascism, and that the party is seeking to normalise these ideologies in the guise of defending Brexit and democracy.

Another (perhaps hopeful) view is that the mass mobilisation of generally decent, older people may serve to temper the extremes of the English Defence League, UKIP, Tommy Robinson crew. It’s important to note that there is a real distinction in the tone and age of the two groups. Whilst the Robinson rallies are attended by small numbers of people who would otherwise be sharpening 50p coins or paying late-night visits to Jewish cemeteries, The Brexit party activists are far larger in number and would otherwise be doing the garden.

What we are witnessing may be the start of an overdue transition away from two-party red vs. blue politics in this country. It’s not hard to imagine a great cleavage on the horizon, a realignment where the right-wing of the Tory party coalesce with The Brexit Party to form a closed, nationalist, populist party and the moderate wing of Labour join the Lib Dems and other Remain parties to form an open, progressive and centrist grouping.

This by-election has quite an odd feel to it. The ‘resurgent’ Lib Dems are nowhere to be seen, the lesser-spotted Tory is even lesser-spotted than usual. Labour have been extremely sheepish (for some very good reasons indeed) and the Greens are hiding in foliage.

Next Thursday, the people of Peterborough may gain the unwelcome distinction of being the first constituency to return a Brexit Party MP to Westminster. But the town may also go down as the place where Conservative and Labour’s decades-long and undeserved dominance received its first mortal blow.

newsfeed election brexit remain leave campaign
Do you like this post?
Tweet
Promoted for David Britten on behalf of Renew at Renew PO Box 67997 London SW4 4EY Created with NationBuilder