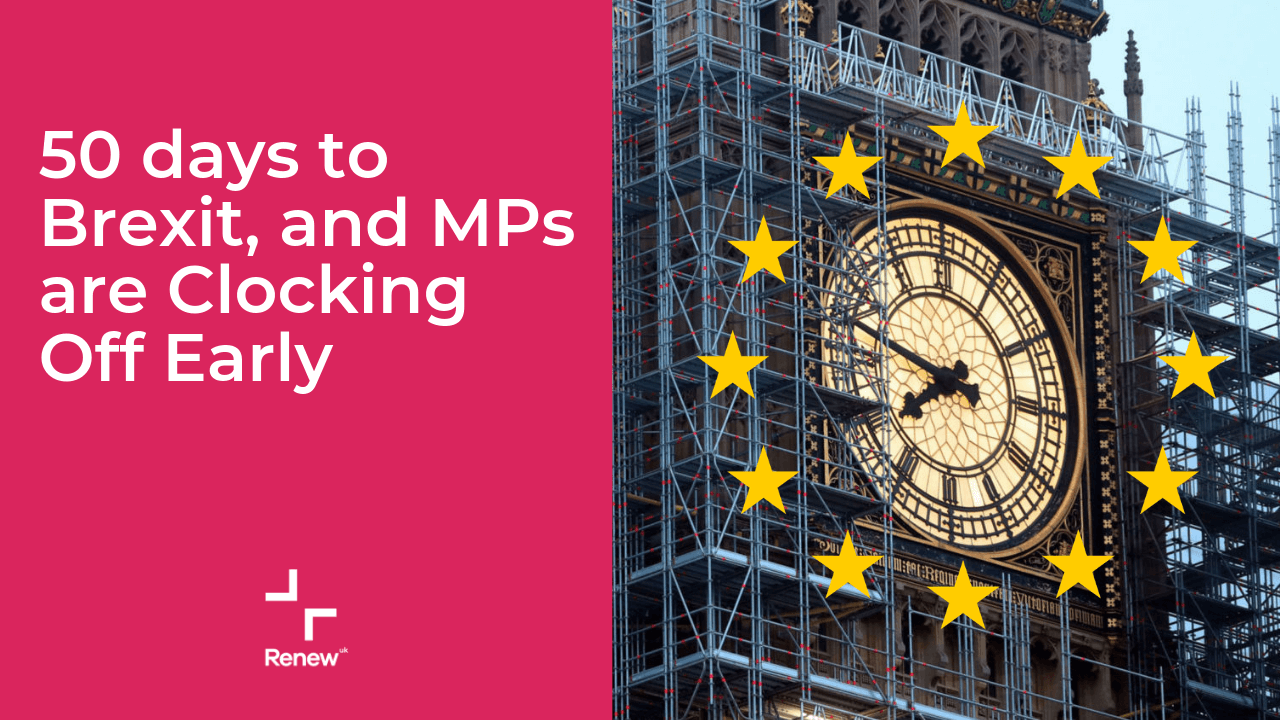 50 days to Brexit, and MPs are Clocking Off Early

With just 50 days to go until what’s shaping up to be the biggest constitutional crisis the country has ever seen, one might expect MPs’ schedules to be looking pretty busy.

After all, the UK’s statute books are still a long way off where they need to be by exit day, and a wealth of critical legislation still needs to be agreed - 500 Brexit-related statutory instruments and six outstanding Brexit bills,  to be exact.

Apparently, however, the government isn’t phased by all these silly little details. That’s exactly why they decided to send Parliament home for an early tea time yesterday, after just 4 hours of business.

This comes shortly after Commons leader Andrea Leadsom cancelled MPs’ week-long recess in order to make progress on importance legislation before Brexit. But despite this, MPs headed home at 3.27pm on Wednesday - usually a jam-packed day for Parliament - in the absence of any further debates or votes scheduled for that day.

Perhaps unsurprisingly, the decision for early adjournment caused a bit of a stir with opposition MPs. Labour’s Diana Johnson described the situation on Twitter as “bang out of order”, later adding: “Considering Brexit is just 51 days away this is totally irresponsible!” The SNP’s Chief Whip Patrick Gray was also quick to voice his frustration, claiming: “Seemingly the Tory government thinks there’s nothing worth debating or discussing.”

They’ve got a point.

The fact is, legislative gridlock surrounding Brexit is making it very difficult for the government to make progress. MPs are still at loggerheads following Theresa May’s crushing defeat a few weeks ago, and without a clear idea of what an agreed deal will eventually look like (or whether or not there will be one, for that matter) Brexit-related laws like the fisheries bill, agricultural bill and financial services bill are near-impossible to finalise.

But this is all just fuss about nothing. It’s not like we’re up against the clock or anything.